BlackLash (1998) is a modification of the 1995 videogame MacAttack, in which players fought off attacking computer viruses in order to disinfect cyberspace. Created by UK artist collective Mongrel, the modded version brought the urban street to the game's sterile "information superhighway" aesthetics, replacing its original protagonist with a black character who fights off KKK members, agents of the state, and Nazis.

BlackLash formed a part of a series of works called National Heritage that dealt with race in early internet culture, which includes the Photoshop mod Heritage Gold (also featured in Net Art Anthology). While the work reproduced stereotypes in some respects, it called attention to the whiteness of 1990s videogame culture, an issue which was at that time rarely discussed.

"BlackLash is a shoot-em up hack that also doubles up as a wake up call for young black youth under threat by ignorance and racist fools.”

The Mongrel collective, active from 1995 to 2008, addressed the racism of 1990s digital culture in a body of work that included game mods, software mods, photo collages, and installations.

Mongrel member Richard Pierre-Davis began work on BlackLash after playing the Space Invaders-style game MacAttack, in which players fought to rid cyberspace of viruses. "I thought it was shit and boring and I thought, how can I make it sexy?" he recalls.

Mongrel began work on a mod, or a user-made alteration, of MacAttack, featuring new icons, characters, and Wu-Tang samples. The mod rewrote the game, now starring a black protagonist who must rescue the street from "rich white scum" who have infiltrated it. 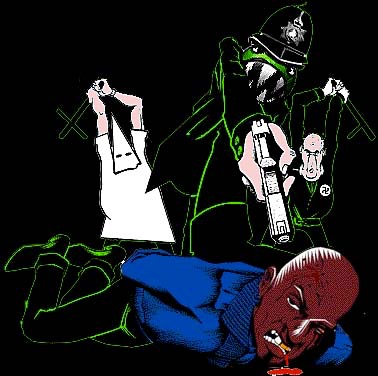 Mods had become an important part of 1990s internet culture, with users modifying titles such as Doom and sharing their own levels online. Some mods are created by fans to extend their experience of a favorite title, while others offer social commentary. BlackLash was one of a number mods created in the 1990s by artists such as JODI, Thomson & Craighead, and Natalie Bookchin. 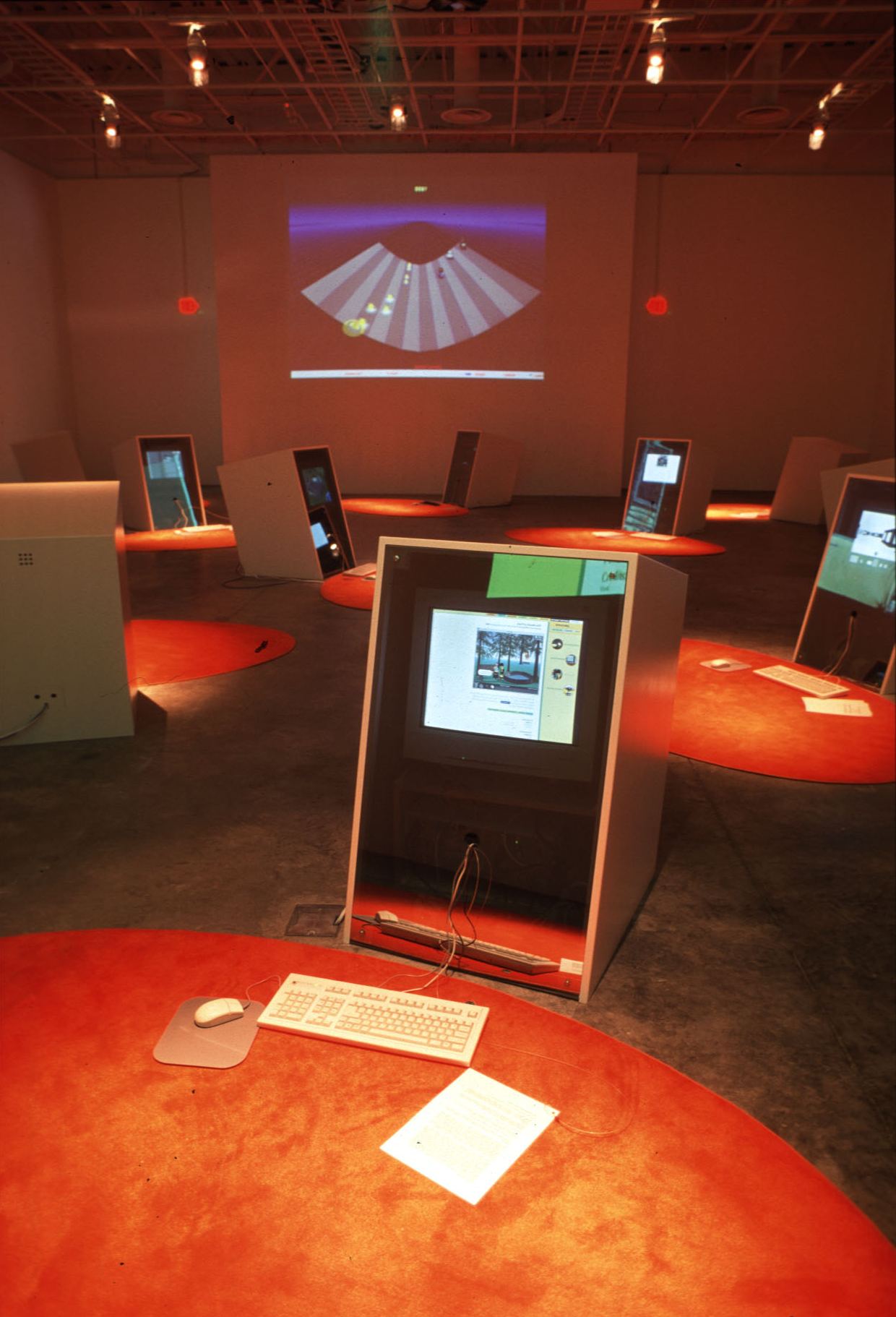 BlackLash was shown in galleries as part of art exhibitions, and was also offered on Mongrel's site for download. Without functional search engines or social media, Mongrel promoted the game through provocative posters that took the game's provocative humor to the London streets.

“BlackLash finds the slippage between the ‘hood’ and the ‘information superhighway,’ excavating the market-driven stereotyping of blackness in gaming and virtuality to ‘battle the forces of evil that plot to convict or eliminate you from the streets.’” - Manuel Arturo Abreu

Mongrel was a UK-based collective active from 1995 to 2008 whose core members were Graham Harwood, Richard Pierre-Davis, Matsuko Yokokoji, and Mervin Jarman. They described themselves in 1998 as "a mixed bunch of people and machines that make socially engaged cultural products employing any and all technological advantages they can lay their hands on. Part of their collaborative project is learning to program, engineer and build their own software and custom hardware."