This visual poem was created and shown on Videotexto, a pre-internet telecommunications network in Brazil that was implemented in 1982, offering public information and a user-to-user messaging system via special terminals. Because a phone line was a rare and valuable commodity in Brazil at that time, these were mostly available in public spaces such as libraries or stores.

As a text-driven medium, Videotexto was well-suited to artist Eduardo Kac's interest in language and its limits. He was particularly drawn to Neo-Concrete poetry, in which a poem's meaning should be understood as part of a dynamic overall environment. This interest can be glimpsed in his Videotexto poem Reabracadabra, which focused as much on the text of the poem—the word abracadabra—as on the network it circulated within, and the shifting field of communication and social interaction that this enabled.

"In the early 1980s, Brazil was still under a military dictatorship... At the same time, however, this government had collapsed economically... In this context, I saw the opportunity as citizen and as an artist to create public space where there wasn’t one.”
- EDUARDO KAC

Videotex was a kind of network that prefigured many aspects of the web. Rolled out in Brazil, France, Canada, the UK, and elsewhere throughout the 1980s, it allowed information to be transmitted interactively across a network. It was used for messaging, news, and so forth, but also gave rise to artistic experiments. 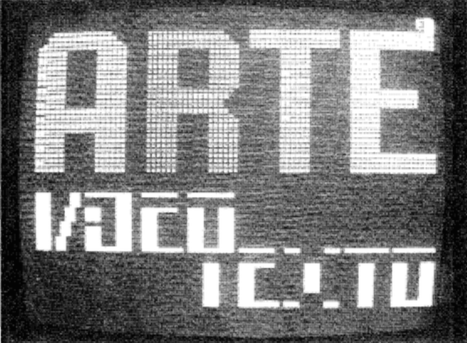 The arrival of videotex in Brazil in 1982, there known as Videotexto, gave a new platform to artists who were interested in public space, graffiti, visual poetry, and mail art. These interests can be seen in a selection of videotex works curated by artist Julio Plaza for the 1983 Bienal de São Paulo.

In 1983, the Livraria Nobel bookstore opened a videotex gallery called Arte On-Line (online art), which could be viewed on terminals in their store in São Paolo, Brazil. Eduardo Kac was among the artists who would show in the gallery, going on to create several works in the medium.

Eduardo Kac narrates the story behind the work.

For his videotex works, artist Eduardo Kac drew inspiration from the 1959 Neo-Concrete manifesto, which argued that a poem or text is fundamentally dynamic and should be considered as an element within an overall three-dimensional environment. In the early 1980s, Kac extended this line of thinking into technological media: first, the simulated three-dimensional space of the holograph, and then Videotexto, which offered new kinds poetic environments: that of the screen, and the network it connected to. 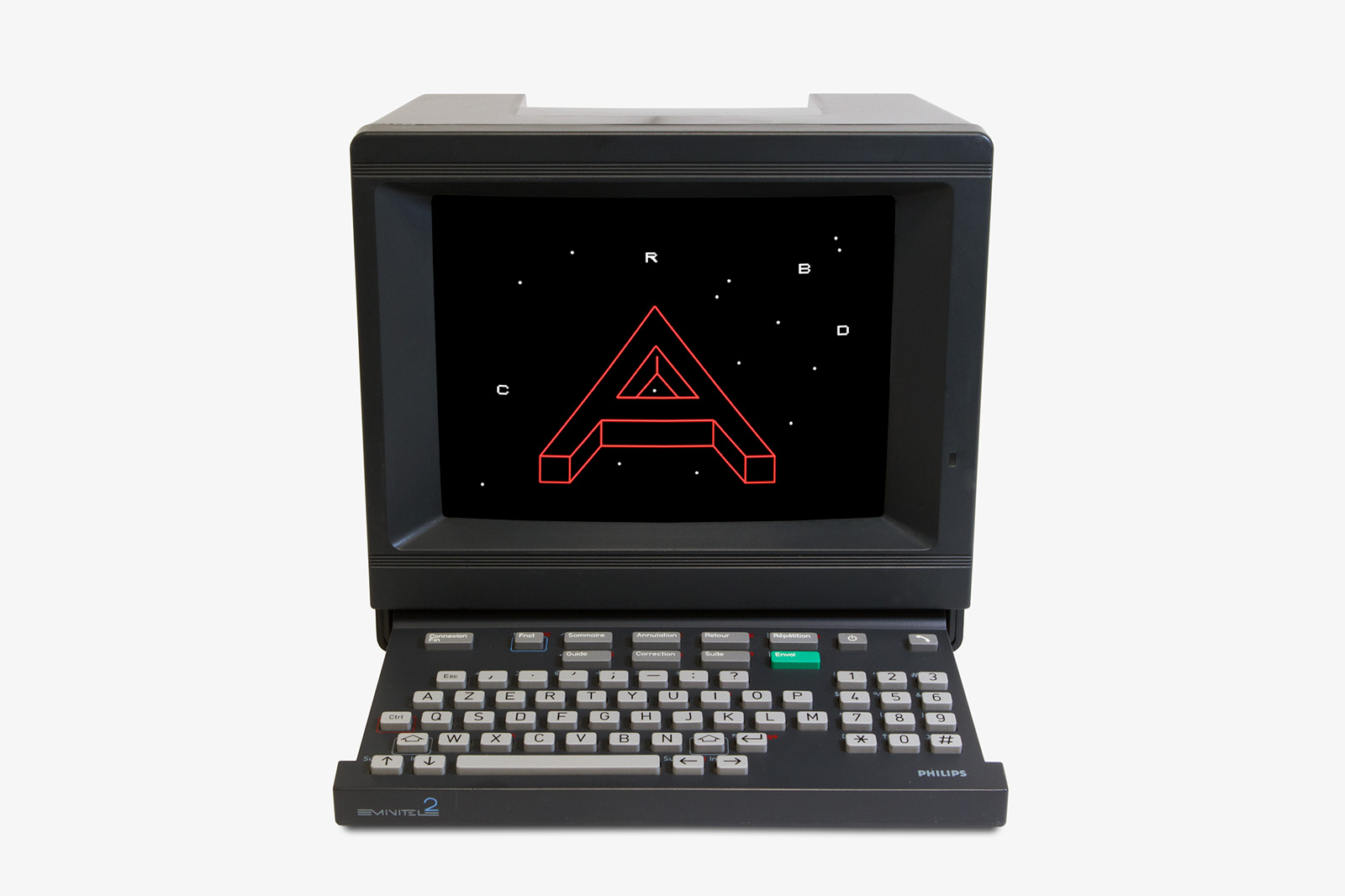 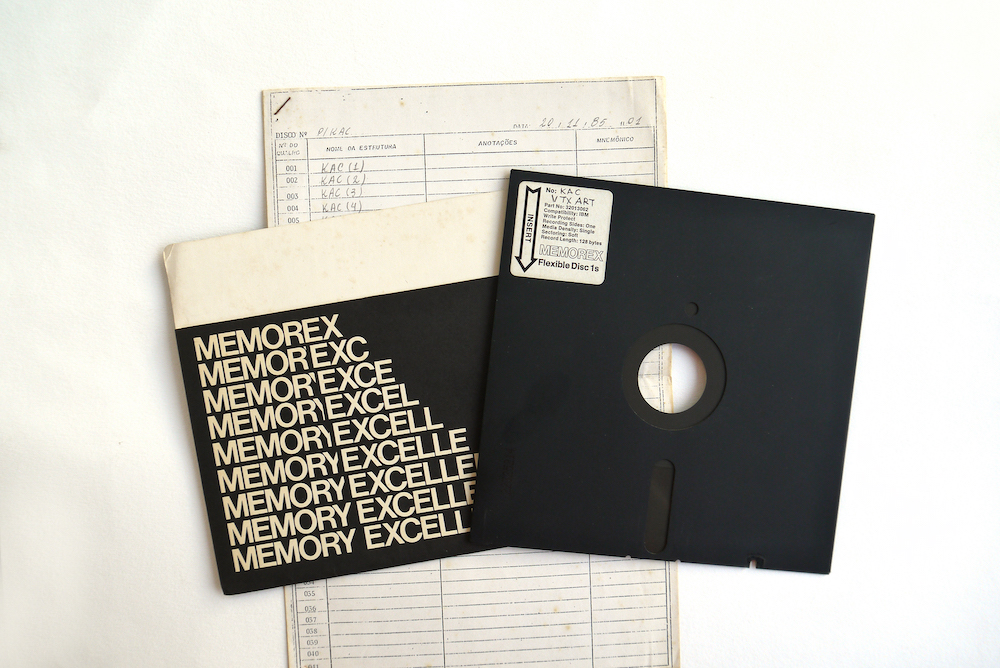 When the Videotexto signal went dark in the mid-1990s, Reabracadabra became inaccessible. Kac spent years researching ways to recreate this signal in order to view the piece on the hardware of the time. The work has been reconstructed, but the network it was a part of is no more.

Reabracadabra was included in the Anthology exhibition "The Art Happens Here: Net Art's Archival Poetics" at the New Museum in winter 2019.

Eduardo Kac (b. Rio de Janeiro, 1962) has worked at the forefront of telecommunications art since the pre-internet 1980s, and since the 1990s has combined telerobotics, living organisms, and transgenics to explore the fluidity of subject positions in the post-digital world. He has received critical acclaim for net and bio artworks including Genesis (1999), GFP Bunny (2000), and Move 36 (2004). His work has been widely exhibited and is in the permanent collections of the Museum of Modern Art in New York and the Museum of Modern Art in Rio de Janeiro, among others. Kac's writings on art have been collected in two volumes: Telepresence and Bio Art: Networking Humans, Rabbits and Robots (Ann Arbor: University of Michigan Press, 2005) and Luz & Letra (Rio de Janeiro: Contra Capa, 2004).