distributingmartin was a web-based work by Pope.L that formed one part of a larger, partly unrealized (or unrealizable) project.

After receiving some “bits of hair, dirt, and skin” found in the papers of Martin Luther King, Jr., Pope.L embarked on the strange task of “[telling] a story of dispersal of [his] body”–via advertising, US mail, genetically modified fruits and viruses, and the internet.

The project’s surreal narrative can be followed at distributingmartin.com, which was developed as a hidden satellite of Pope.L’s expansive online archive, theblackfactory.com. Part fiction and part fact, the site contained blog-like diary entries made by the artist, documentation of the offline parts of the campaign, and other ephemera. A science-fiction conceit weaves through it, in which MLK Jr.'s genetic material has been spliced into oranges and propagated through the US population: now, everyone is the celebrated civil rights leader.
Though it has been largely overlooked, this project represents a crucial and long-running effort by an artist to theorize and work through the internet’s cultural valences in the early 2000s. In distributingmartin, the material transmitted through the network is both body and idea, object and information, clean and abject, original and copy, a dual status that is only achieved while the work is in motion. distributingmartin thus opened up an important line of inquiry for considering the materiality of networked circulation, and its implications for artistic uses of the internet.

“It’s not that a particular artwork fails or succeeds, it’s that we get to play in the hinge.”

distributingmartin greets visitors with a blog-style text dated 2025, describing a world in which everyone has become like Martin Luther King Jr. A purple background image depicts an ordinary scene in a present-day city, and hyperlinked texts lead to further blog posts.

Pope.L begins his “dispersal of Martin Luther King Jr.’s body” from here, working backwards through a sprawling labrinyth of entries and detour pages.

“On Sundays after preaching at church, everyone goes to their favorite Lorraine Motel and steps out onto the balconies for a breath of fresh air.”

distributingmartin was developed alongside Pope.L’s long-running Black Factory, a mobile archive and gift shop that traveled the US, exhibiting “select donated black objects.” theblackfactory.com similarly used a labyrinthine structure to explore the circulation of the factory and its products–chiefly blackness itself.

Visitors were intended to stumble upon distributingmartin accidentally while perusing theblackfactory.com. For example, by clicking through a series of “black pages,” the visitor moves through a series of full-window plausible skin tones, through some less plausible ones, before ending up at distributingmartin.com: a mirror world in which the circulation of blackness has reached full saturation.

The distributingmartin website has a chronological structure, similar to a blog, with entries spanning from the 1970s to 2005. Hyperlinks within each post open out into sub-narratives and collections of media, introducing a nonlinear logic.

The posts appear to be autobiographical, with dates and places often matching up with the artist’s life. At the same time, internal contradictions and fanciful details are sprinkled throughout.

The narrator describes the sound inside their mother’s womb, and later describes the death of a colleague-only to admit in the next post that she will not actually die until three years later.

Scattered across these entries are links to the other manifestations of Martin Luther King Jr’s body. One page lists all of these different forms, which encompass a range of online and physical networks.

Before the website portion of the campaign began, Pope.L started “distributing martin” through print media, in the form of posters plastered around New York City in the fall of 2001. These posters were small and simple, featuring only the enigmatic phrase “This is a painting of Martin Luther King’s penis inside my father’s vagina.”

“Several days after September 11th, we postered the length of 8th Avenue in Manhattan from 125th Street in Harlem down to Canal Street. The National Guard prevented us from going any further.” – Pope.L 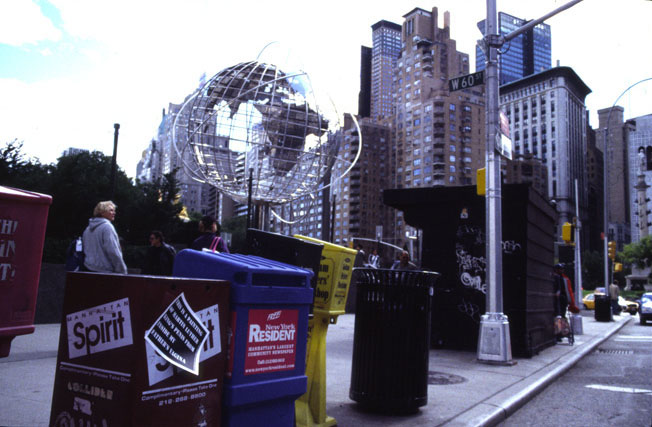 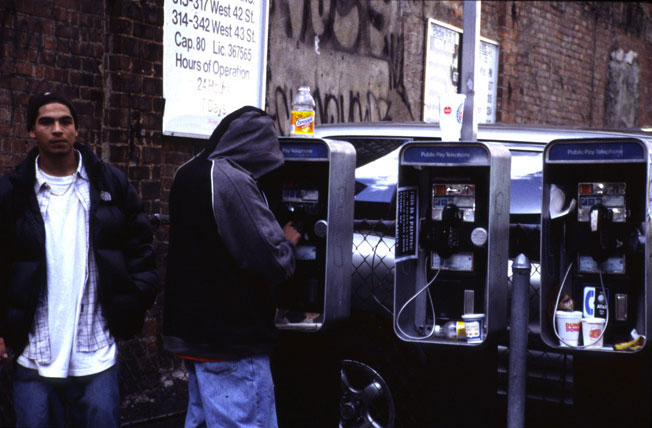 “The phrase itself is a turning inside out of King’s body. Asking us to look at his body in a way that we’re not used to, stretching our idea of who he was in ways which we are not used to.”

Pope.L sent postcards featuring this slogan to 8,000 randomly chosen addresses in the United States, Guam, the Virgin Islands, and Puerto Rico. He took out ads of varying sizes in multiple art publications including Zing! and BOMB. The Village Voice rejected his request.

In addition to mobilizing print media, Pope.L spread MLK Jr. through spoken rumors, telling gallerists and dealers of his plan's culmination in an ambitious genetics project. Thus, the art system can be counted among the networks through which Pope.L distributed his “material.”

This final form of Distributing Martin would disseminate MLK Jr. throughout the general population via his supposedly salvaged DNA. Various mechanisms for delivering the genetic material were tested, such as supermarket fruit; when ingested, his DNA would seek out receptor sites on a newly discovered, dormant “Peace gene” in the host.

Pope.L described his website as a blog, even though each page was a standalone Flash composition–not at all in keeping with the usual standardized presentation of most blogs. Pope.L described it as “yet another means of dispersing the body or the shadow of the body of Martin Luther King."

Perhaps the most complete account of distributingmartin can be found in Du Bois Machine, a ten-foot wooden sculpture of a pair of man’s legs, upside down, from which the voice of a young girl emanated, narrating an autobiographical story of the artist.

Read the story of distributingmartin as told in Du Bois Machine 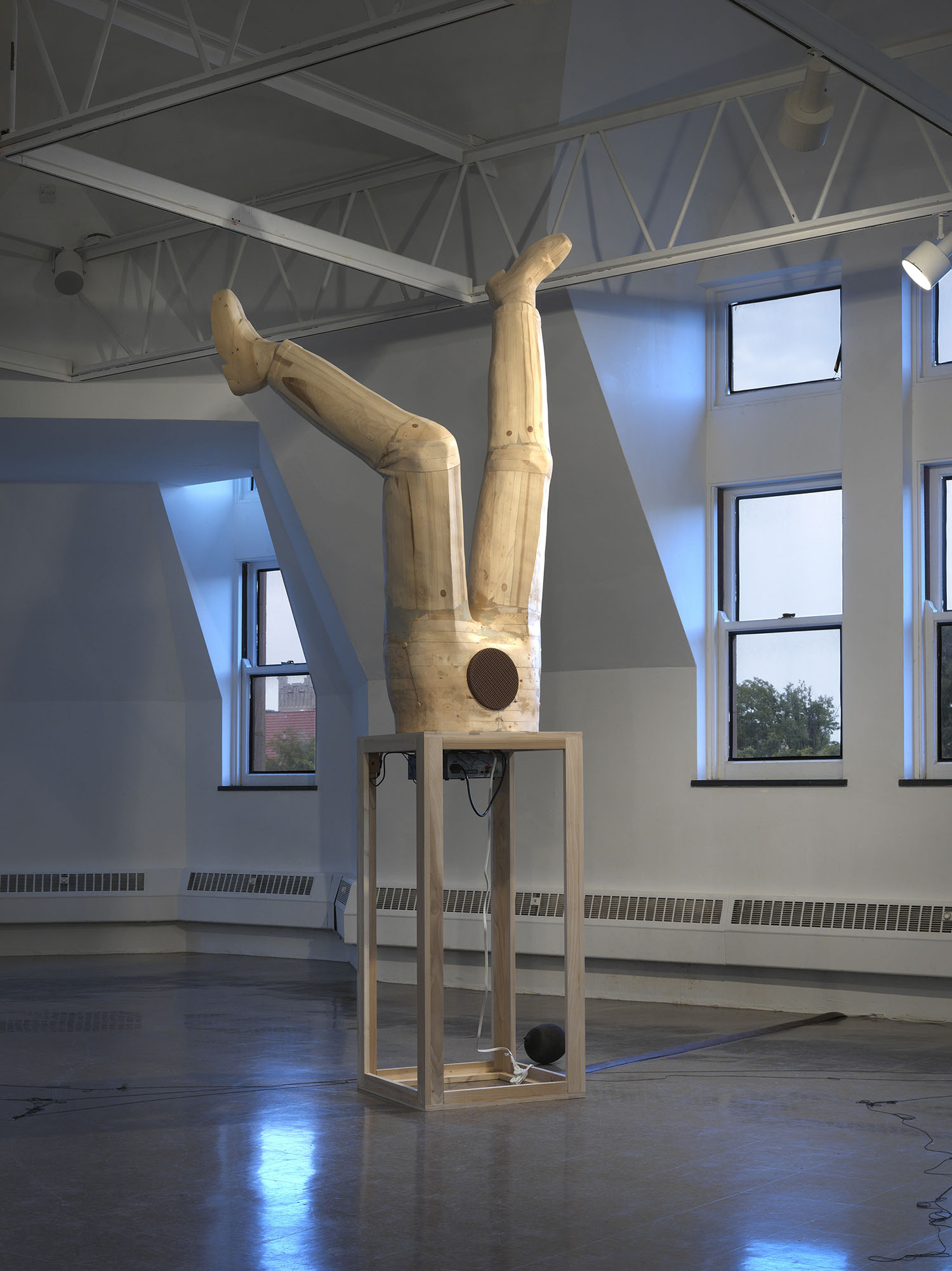 distributingmartin embodies MLK Jr. through his posters and ads, which sexualize the man and draw attention to his body, while disembodying him, by proposing to reduce him to a readily reproducible genetic code, instrumentalized toward achieving “peace.”

The series of gestures that make up the project ultimately question the relationship between King as concept and King as a singular body. As such, Pope.L's desire to “turn [King] inside out and to disperse him” is a prescient treatment of the body in the digital age.

“Maybe we are perplexed or appalled by Pope.L’s attempt to distribute Martin, in both the physical and virtual worlds. Yet we participate...in a culture that already dissects and distributes King.”

All data and images are © Pope.L, courtesy of the artist and Mitchell Innes & Nash

How Do You See the Disappeared? A Warm Database Mariam Ghani & Chitra Ganesh 2004