Since 1997, Young-hae Chang and Marc Voge have been working together under the name Young-hae Chang Heavy Industries. Adopting the model of a fictional corporation, they produce online artworks that follow a strict formula: Flash movies consisting of texts set in all-caps Monaco typeface, appearing onscreen in sync with jazz and bossa nova soundtracks. Employing an “extremely pushy visual language,” in the words of Josephine Bosma, the works of YHCHI borrow from cinema, poetry, and propaganda.

In Samsung (1999), one of the duo’s earliest works, a narrator finds salvation from their life of aimless ennui thanks to Samsung—not the South Korean company or its products, but the very idea of Samsung. Their repeated expressions of love and admiration seem absurd, but also point to the ineffable quality of brands and corporations. 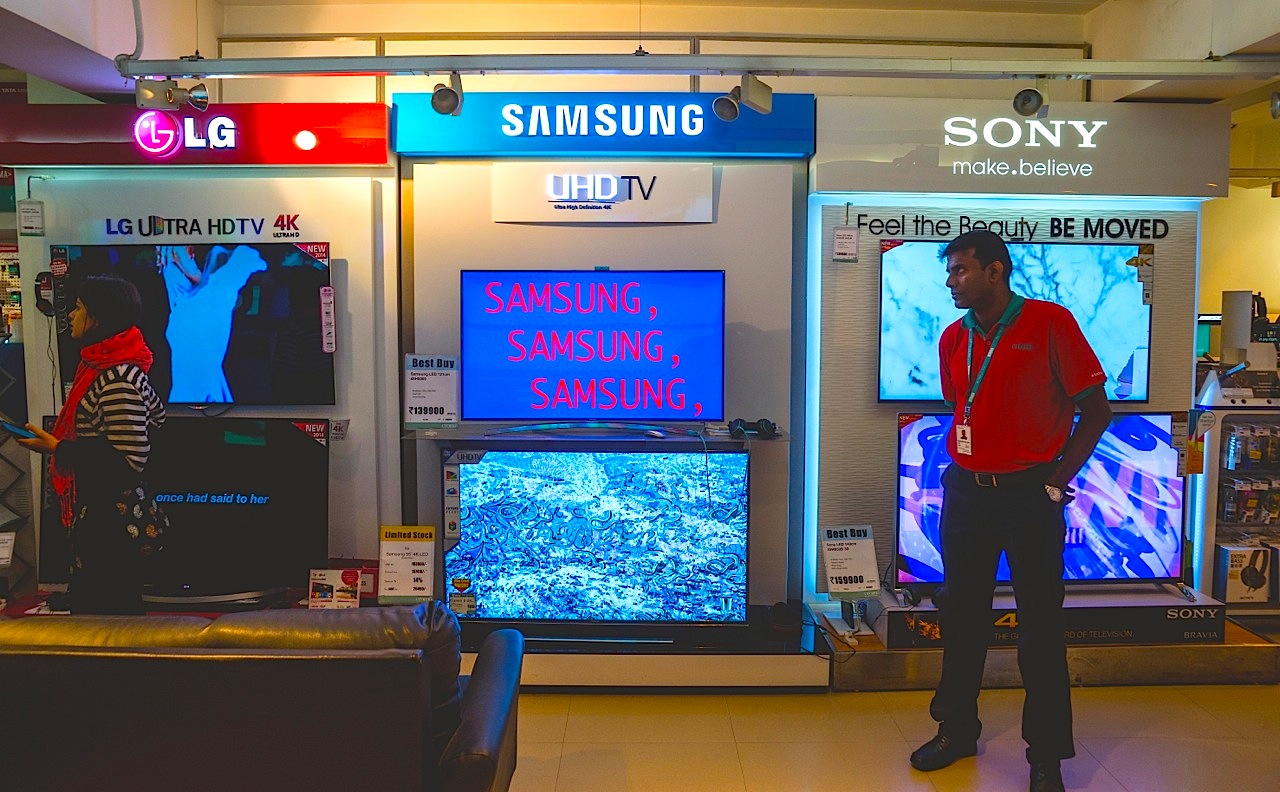 “People equate choice with democracy, but no one ever said that art and literature were democracies. We would like our own work to exert a dictatorial stranglehold on the reader.”

In Samsung, the eponymous corporation changes the life of an anonymous narrator. Once driftless, the brand changes their life, taking on an almost godlike quality—and they are aggressively eager to share their enthusiasm.

“we can’t and won’t help readers to ‘locate’ us. Distance, homelessness, anonymity, and insignificance are all part of the internet literary voice, and we welcome them.”

The narrator’s over-identification with Samsung reflects the important role Samsung plays in the Korean economy and national identity. Samsung contributes about a fifth of South Korea’s gross domestic product. It is not just an electronics company, but for some, a way of life: they have Samsung credit cards, buy Samsung phones and TVs, and live in Samsung apartments.

Read Samsung Everlasting, an article by Simon Denny on the omnipresent brand 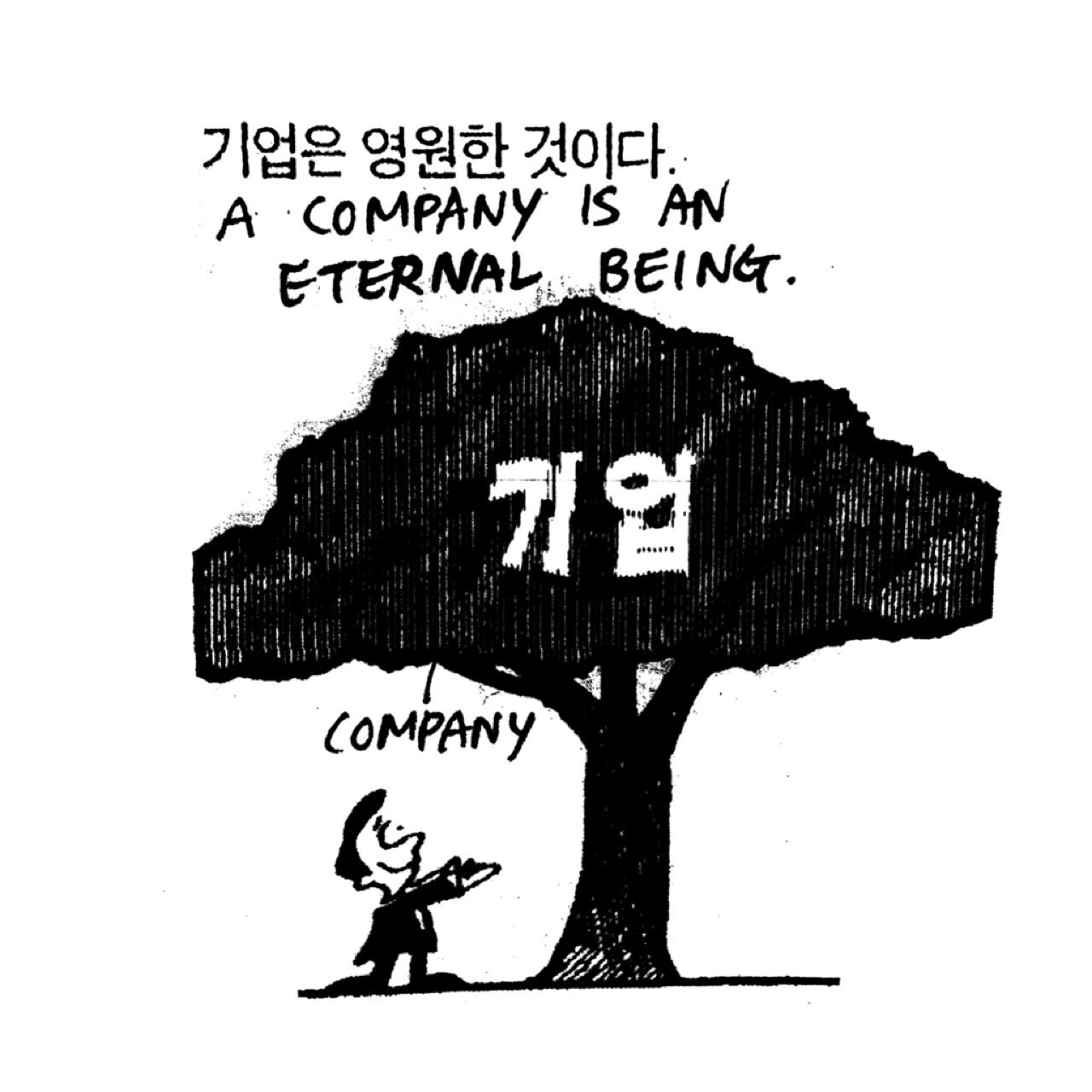 “Maybe you’re supposing that what you see in SAMSUNG is what other Koreans see. From what we see, though, no one in Korea is oppressed by Samsung or by any other big Korean corporation. On the contrary, Koreans love Samsung and the other big corporations. Could it be just the opposite, that you’re thinking like a European?”

YHCHI takes a stance that is neither entirely critical nor entirely complicit in corporate culture and brand identification. For instance, the name “Young-hae Chang Heavy Industries” mimicks the language of corporations in a way that can seem absurd, but steers clear of an explicit critique of capitalism.

Like all of YHCHI’s work, Samsung is lacking in interactivity. Though it is experienced in a browser, there are no hyperlinks, nor even a pause button. Texts flash by as if a user is navigating at manic speed and in perfect rhythm with the soundtrack. The work seems to take over the users’ computers, and—by extension—the users themselves.

Because of its rhythmic quality and often inscrutable content, YHCHI’s work is often described as poetry. YHCHI cite the aesthetically driven typographical effects of Mallarmé’s Un Coup de Dés as a point of reference. Like Mallarmé, their work touches on the ineffable, even as they focuse on mundane topics. 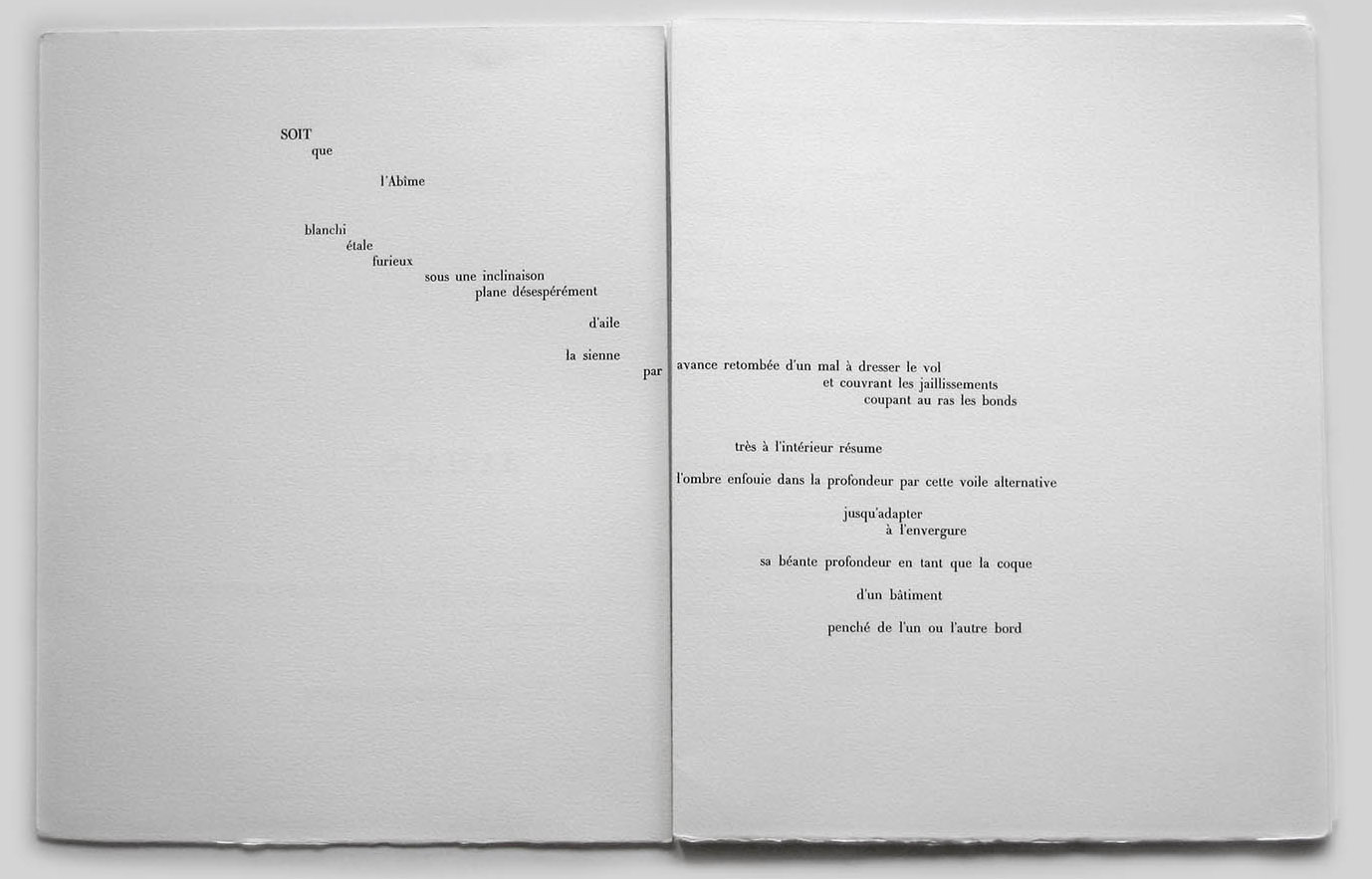 Even while working in text, YHCHI make use of cinematic references. A filmic countdown begins each of their works, and editing techniques are sometimes alluded to.

For example, in one scene from Samsung, the viewer is told to close their eyes.

A moment later, the screen goes dark, simulating a first-person point of view.

In 2004, Samsung was shown as a part of YHCHI’s first solo show at Rodin Gallery, a Samsung property, on nine smart Zipel refrigerators, a Samsung product. The exhibition provoked heated discussion among the net art community; some criticized the idea of showing net art in a physical gallery, while others criticized the exhibition’s reliance on Samsung resources. 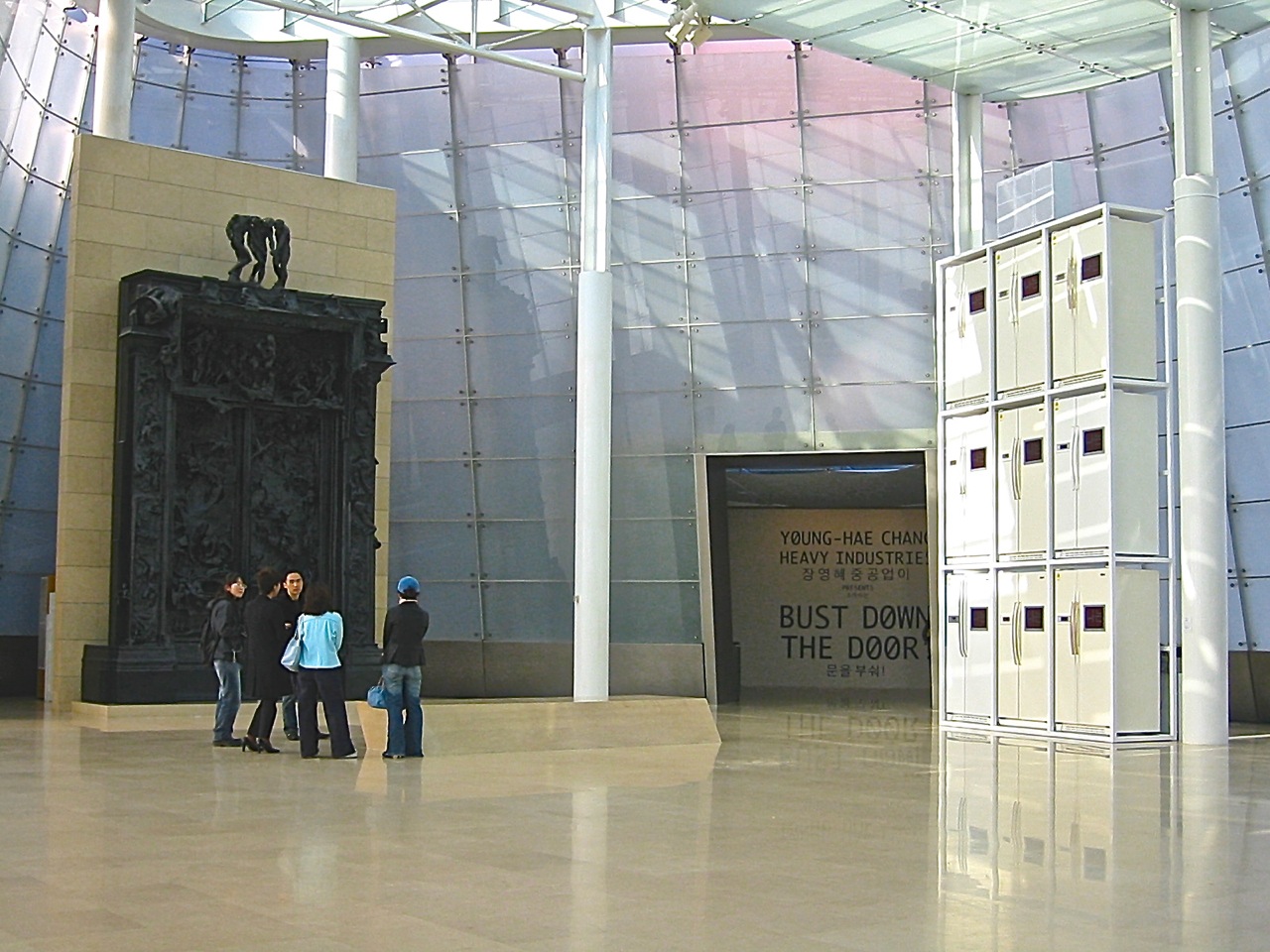 In 2017, YHCHI revisited the work, creating a new version to premiere on Rhizome–now with a white background, a new soundtrack, and a new rhythm. Nearly two decades after its initial release, Samsung continues speaks to the encroaching of technology onto everyday life, both practically and existentially.

Young-Hae Chang is a Korean artist and translator with a Ph.D in aesthetics from Université de Paris I. Marc Voge is an American poet who lives in Seoul. They formed the collective Young-Hae Chang Heavy Industries (장영혜중공업) in 1997. In 2000, YHCHI’s work was recognized by the San Francisco Museum of Modern Art for its contribution to online art; in 2001, the group was awarded a grant from the Foundation for Contemporary Arts Grants to Artists. Their solo show, “Black On White, Gray Ascending,” a seven-channel installation, was part of the opening program of the New Museum of Contemporary Art, New York, in 2007. They are 2012 Rockefeller Foundation Bellagio Creative Arts Fellows.