In fall 2004, artist and curator Marisa Olson decided to audition for the television show American Idol as an art project. She embarked on a year-long journey of preparation and training, documenting the process on a blog.
As an endurance performance, the work critically investigated the American Idol audition process and its perpetuation of gender stereotypes and normative beauty standards, as well as the show’s perverse take on what it meant to be a “good singer.” At the same time, it was a highly personal digital narrative that attracted a massive online following. Olson involved followers in her audition process, using pop culture participation as a way of encouraging political participation in the run-up to the 2004 US Presidential election.

Marisa’s American Idol Audition Training Blog is an early and influential example of an artist using blogging as a performative and participatory medium.

“Today is SUCH a great day because something I’ve been wishing for forever has finally happened... They raised the age limit for auditioning for American Idol!!!” Marisa Olson wrote this in her diary on July 16, 2004, and uploaded it to her new blog several days later. Over the ensuing months, Olson posted regularly about her training process. Writing in a tone that was at once personal and performative, in keeping with the nascent culture of the blogosphere.

Read an interview with Marisa Olson about the training blog

At that time, blogs—websites consisting of discrete posts, added serially over time—were still a novelty. Although some existed already in the 1990s, it wasn’t until the early-2000s rise of RSS—a standard format that allowed new posts to be organized into standardized feeds—that blogging gathered momentum. Software like Wordpress and Movable Type, and platforms like LiveJournal and Blogger, allowed users to quickly create and maintain blogs, as well as easily publish and distribute content. Frequently updated blogs tended to be highly rated in search engines and became an important way for independent creators to connect with audiences.

Initially, Olson thought of the project as a critical exploration of American Idol itself. She documented her training through text, photographs, and audio recordings, charting a process that included not only singing exercises, but also activities like walking around in high heels, doing crunches, and getting a tanning salon-induced rash. These aspects of Olson’s training highlighted the gender norms that were at play in the American Idol audition process.

“To become a true American Idol, I need a bit of a makeover—hair, physique, complexion, wardrobe...”

After The New York Times ran an article covering the American Idol hopeful’s blog, the site grew in popularity. Her blog gained traction with American Idol hopefuls and fans who, engrossed with tips and tricks for auditioning, continued to revisit Olson’s various posts. Some shared sad stories, while others left snarky comments. Gradually, participation became a central part of the project. 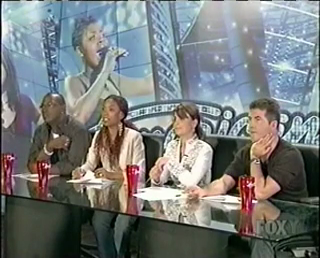 Marisa Olson, The One That Got Away, 2005, video still

The training period happened to coincide with the lead up to the 2004 presidential election, and young Americans’ eagerness to participate in the American Idol voting process stood in stark contrast to their dismal turn-out in governmental elections. Olson’s posts began to connect pop culture participation with political participation, artistic voice with political voice. She engaged directly with fans, who were encouraged to vote on Olson’s wardrobe, and song selection. She staged polls on her blog, and encouraged her visitors to register to vote.

“I kept hearing how my generation (the main demographic for the show) wasn’t showing up to polls. They would stand in line for 8 hours to audition [for American Idol], but not 15 minutes to vote.”

“American Idol is democracy in progress.” 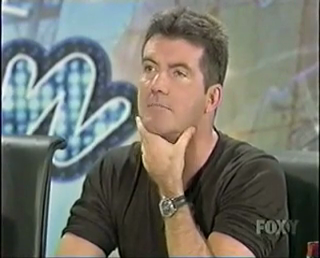 Marisa Olson, The One That Got Away, 2005, video still

When auditions for the show began, Olson started a separate “moblog,” which allowed her to use her cell phone to post snapshots from the set of the show via SMS. By revealing some of the show’s selection process, which was shrouded in secrecy, she hoped to highlight the show’s unfair treatment of contestants. 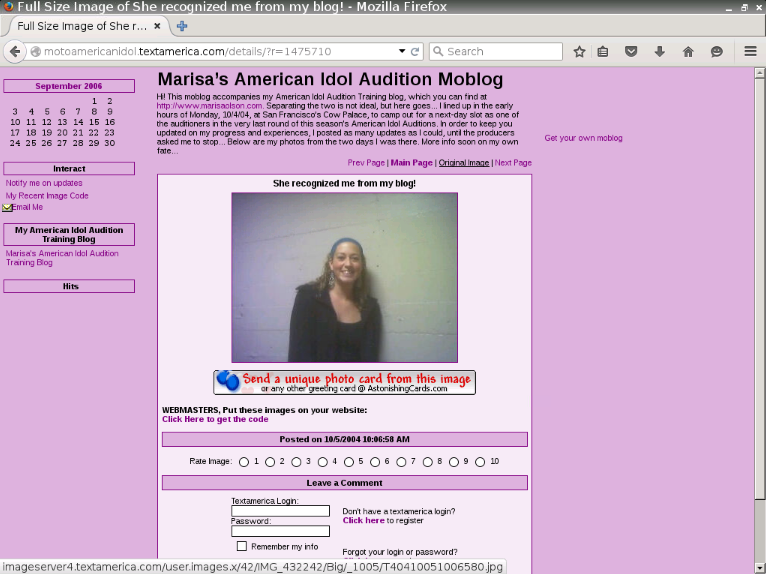 While the producers eagerly followed Olson over the course of her audition, this footage was not shown as part of the show’s fifth season. She created a fictional re-enactment video, titled The One That Got Away, which cuts abruptly between real and staged footage of her involvement in the series, creating a fictionalized narrative of her participation.

The Training Blog was Olson’s first online artwork. Following its success, she has continued to employ performance, video, net art, and installation to investigate the various tropes of pop culture and gender, and the aesthetics of failure. Meanwhile, the work is a touchstone for artists who continue to explore the themes of internet fame, gender, performance, participation and personal narrative through the web.

Marisa Olson was born in Germany and lives and works in New York. Her work has been shown at the Venice Biennale, Centre Pompidou, Tate(s) Modern + Liverpool, Whitney Museum, New Museum, the Nam June Paik Art Center, FACT, the British Film Institute, Sundance Film Festival, PERFORMA Biennial, Bard CSS/Hessel Museum, Samek Museum, and PS122. Her work has been written about in the New York Times, Frieze, Art in America, Art21, Folha de Sao Paolo, Liberation-Paris, Le Monde, the Globe and Mail, DIS, Interview, and her own critical writing has appeared in Artforum, e-flux, Aperture, Flash Art, Art Review, Afterimage, The Guardian, Wired, Surface, and Art on Paper, and numerous books in multiple languages. She is the former Editor for both Rhizome and Camerawork and has curated projects at the New Museum, Guggenheim, SFMOMA, White Columns, and Artists Space, and served on Advisory Boards for Ars Electronica, Transmediale, ISEA, Creative Capital, the Getty Foundation, Rockefeller Foundation, Kennedy Center, and Tribeca Film Festival. She was Artist-in-Residence at Eyebeam, Master Artist in Residence at the Atlantic Center for the Arts, and has been a Visiting Artist at Yale, Brown, VCU, SAIC, Oberlin, and elsewhere in addition to serving on the faculty at RISD and NYU. Olson studied Fine Art at Goldsmiths College, History of Consciousness at UC Santa Cruz, and Rhetoric at UC Berkeley.