Neen was an art movement founded by Miltos Manetas and Mai Ueda in 2000. “Neensters”—Manetas’s internationally dispersed disciples—produced “single-serving” websites, mounted exhibitions in Los Angeles and Milan, (almost) staged interventions in New York City, and collaborated on numerous other projects. However, Neen was not a collective. Rather it was a response to art, culture, and life at a time when everything began to be distilled through screens.
Unlike most net art, Neen came from within the contemporary art world—Manetas was already recognized by commercial galleries and institutions when he invented Neen. Although Neen aimed to provoke and play with the structures of the commercial art world and commercial internet, the Neensters remained comfortable working within them. In this way, Neen artworks might be likened to painting in the latter half of the 20th century, content to self-reflexively explore their own conditions.

“Neen is not a static thing, we cannot really put it down in words.” —Miltos Manetas

Manetas and Mai Ueda—the first Neenster and Manetas’s then-girlfriend—picked the name Neen from a machine-generated list of words developed by Lexicon Branding, the company responsible for naming Powerbook, Pentium, Swiffer, Dasani, and other major products. Manetas had hired Lexicon to supply a name for his movement with $100,000 of support from Art Production Fund as part of a project called “Name 4 Art." Manetas announced the birth of Neen at Gagosian Gallery on May 1, 2000. 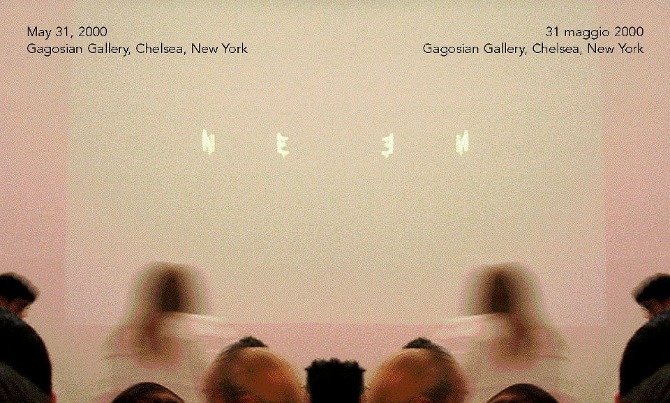 “Our visual landscape is a fresh one—because of the digital revolution—there is a need to create a special environment for the Arts—a utopia. A new word could define this environment.” — Miltos Manetas

As a word, Neen was meant to describe all artistic experience related to the computer screen. Manetas and Ueda also selected another word, Telic, which is closely related but oppositional to Neen. “Telic is [related to] the tools which help us design the world and see things in a perspective.” Neen, on the other hand, is “Telic gone nuts.”

“Telic has a goal. [It] uses [a] computer to get to somewhere, like to talk to somebody or find address for a restaurant or something. But then, even something trying to be art, it can be Telic, too, because the aesthetic of it somehow is not cute or something like that. Neen also has to have a sense of humor.” —Mai Ueda

“Telic is Giacometti, Neen is Fontana. Nature is Telic and miracles are Neen.” —Miltos Manetas

Neen being a rather indescribable quality, many artists were Neen without knowing it. Manetas and Ueda went about identifying artists as a part of their movement, inviting them to participate in collaborative projects and stage exhibitions at their Los Angeles space, Electronic Orphanage, on Chung King Road in Chinatown. Some of the original Neen collaborators included Rafaël Rozendaal, Lev Manovich, Angelo Plessas, Andreas Angelidakis, and Nikola Tosic.

Read Domenico Quaranta’s essay about Neen and its relationship to net art. 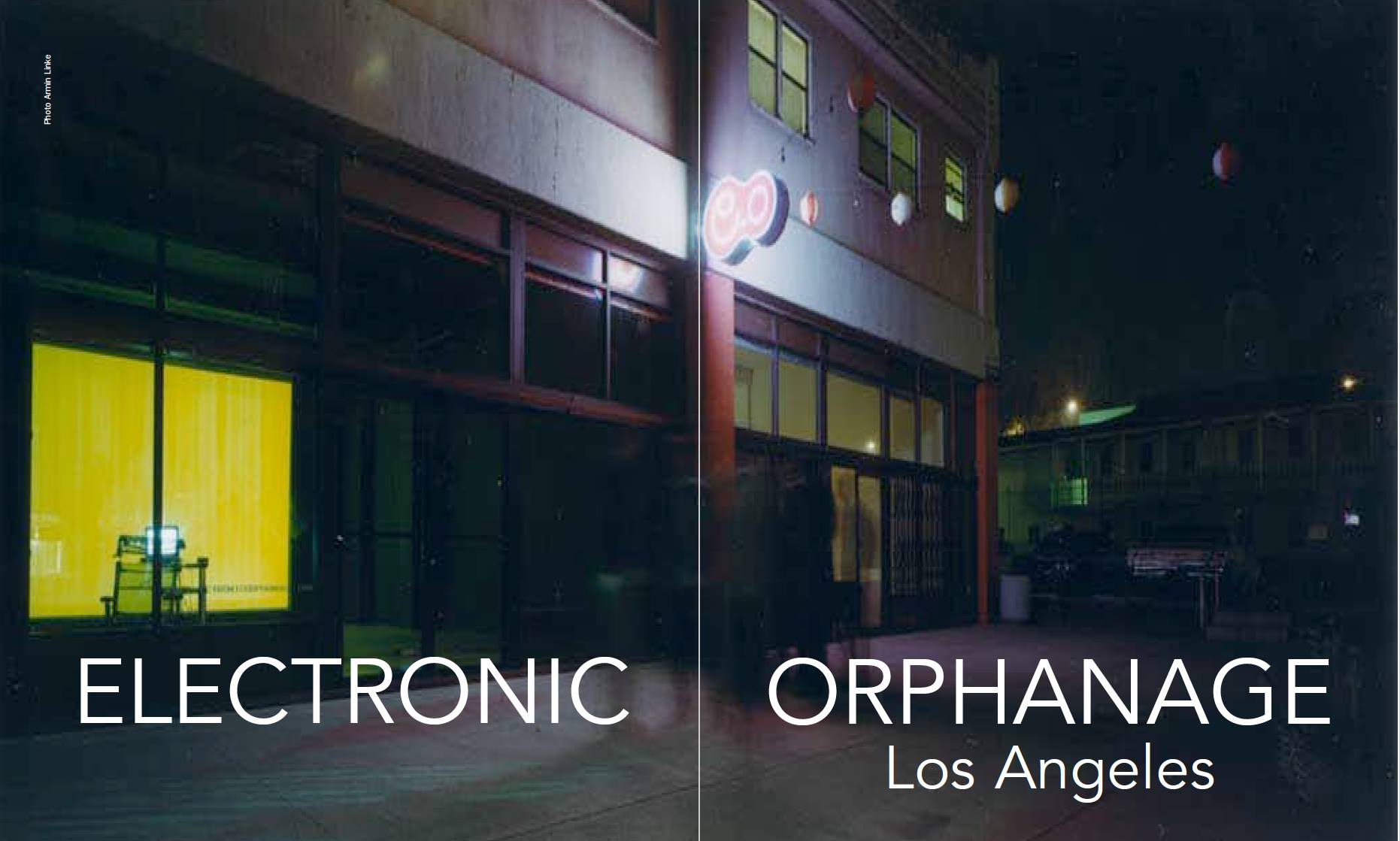 Electronic Orphanage was a gathering place and gallery dedicated to showing computer-based artworks. The gallery’s installations were designed to mimic the experience of looking at a screen; two of the walls were painted black while an artwork was projected solely on the back wall of the room, viewable through the storefront’s window. 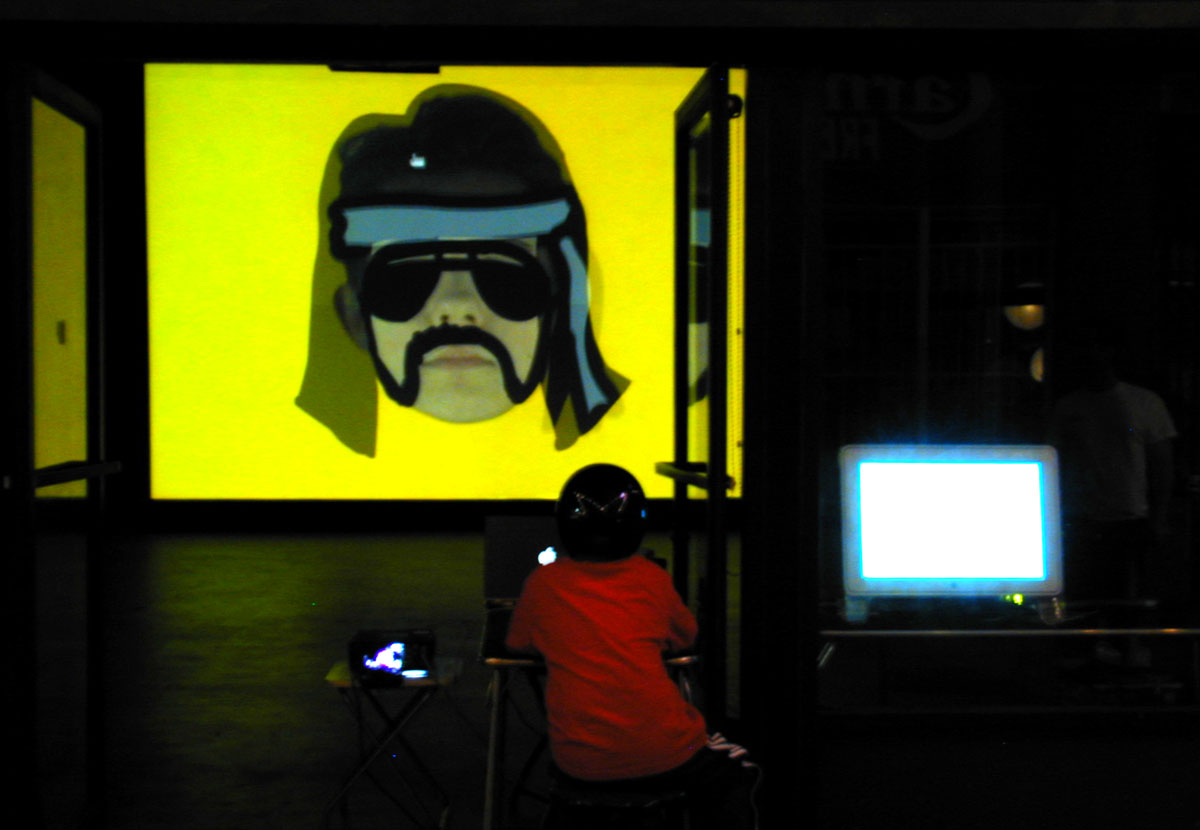 Other Neen exhibitions took place around the world. In 2004, Rafaël Rozendaal curated NEEN Today, an exhibition that was only open for 60 seconds at MU Artspace in Eindhoven, Netherlands.

Neen artists made online works such as Manetas’s jesusswimming.com and Ueda’s togetherness.org, most of which used Flash animation as their primary medium. 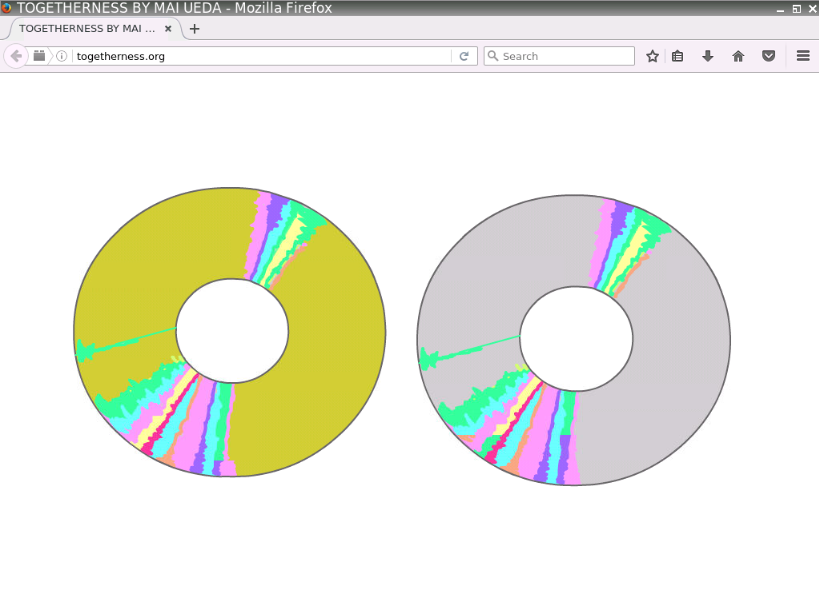 They also collectively staged projects that lived across mediums. Miltos Manetas claimed twenty-three U-Haul trucks would circle the Whitney Museum during the opening reception of its 2001 biennial, displaying Flash animations. No such trucks materialized, but a group of Neen artists purchased the domain whitneybiennial.com and launched a full exhibition of Neen artworks at the site.

Read “The Flash Artists who Cybersquatted the Whitney Biennial,” Lucas Pinheiro’s 2015 essay for Rhizome on whitneybiennial.com.

“Computing is to Neen what fantasy was to surrealism, and what freedom was to communism.” —Miltos Manetas, Neen Manifesto

Neen’s posturing followed Surrealism’s nonsensicality and playfulness as well as prefigured some practices that came to be identified as “postinternet” after 2010, exploring the collapse of the digital and physical, toying with intellectual property and copyright, and subverting artists’ engagement with the institutional art world.

“A lot of the stuff that later on was dubbed postinternet, maybe Neen could be the archeological version of that. The ancient history of that.” —Andreas Angelidakis