Guthrie Lonergan’s 93.1 JACK FM LOS ANGELES 2008 documented the musical artists, track title, date, and time of every song played on the Los Angeles classic rock radio station 93.1 JACK FM over the course of one year. Lonergan culled this information using a self-designed web-scraping script and organized it into a database, which then formed the basis for a five-volume publication, Spotify playlist, and a web page featuring charts and graphs that offered insight into this data set.

As JACK FM has no on-air DJs or other means of identifying songs, the decisions behind the station’s music programming are never made clear to listeners. Thus, Lonergan’s work acts as an archive for an aspect of Los Angeles media culture that is otherwise ephemeral, compiled only in the minds of listeners–the JACK FM playlist. By using automated, data-driven methods to compile this information, the project mirrors the algorithmic processes that likely determine the station’s curation, and highlights the machinic mode of listening that it seems to invite.

JACK FM is owned by Entercom, an American broadcasting company that merged with CBS Radio in 2017. The popular station plays hits from the 1960s until today and does not employ DJs or take calls or listener song requests. 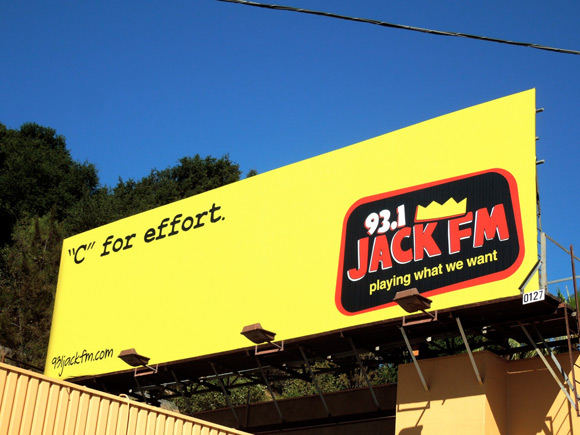 The station name’s resemblance to a conventional male nickname belies its corporate identity and lack of individual DJs. Jack is merely an acronym or a made up word that holds no deeper significance.

Lonergan was struck by the station’s tagline “playing what we want” despite the absence of DJs and its blasé, detached masculine tone. If there were no DJs and no requests, then who was choosing the songs?

Lonergan wrote a web-scraping script that meticulously catalogued the radio station's patterns. For a year, he monitored the date, time, artist, and title of every song played by “Jack.”

Lonergan's question, “But who is ‘Jack’?” turns existential. “Are ‘We’ ‘Jack’?” Put another way, is the station’s programming merely determined by listener data?

“You might ponder the creative decisions made or not made, the often machine-perfect regularity of intervals between songs in rotation, or songs introduced or retired halfway through the year. How much of this pattern is algorithmic and how much is human?”

Lonergan made the information available first as a database and pdf on his website, and later as a five-volume book.

Visitors to the site could download the 2,506 page list, where they might track a recorded schedule of popular hits by the likes of The Cranberries, Pearl Jam, Stevie Nicks, and other indie and classic rock radio station favorites.

The covers of Lonergan's books display interior shots of the artist’s Honda sound system and steering wheel, superimposed with the names of the artists and bands in each individual volume.

The images hone in on Los Angeles’ distinctive car culture, where the car—a site of transition and transportation—also functions as a hallowed site of radio listening. 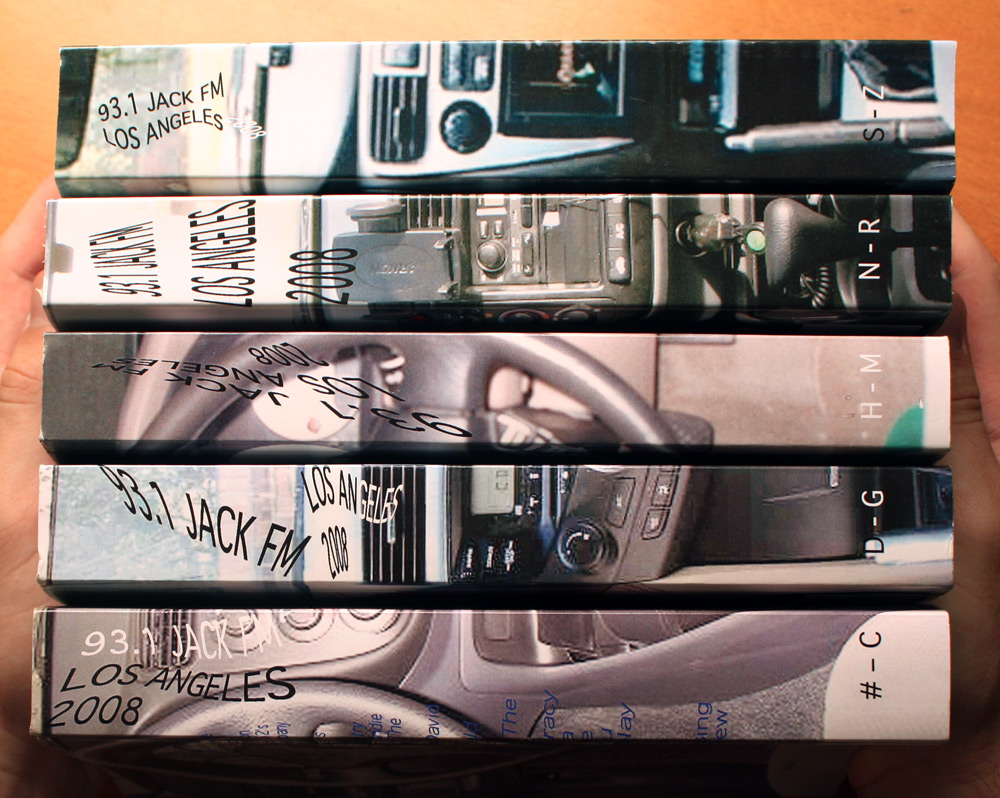 Each song played on the station is given its own timestamped entry in the book’s pages–all sorted alphabetically by artist name.

The book gives material presence to the repetitive programming of the station. Page after page of Rod Stewart air times and titles read both like an abstract poem or a monotonous phonebook listing of a popular, repeated names. 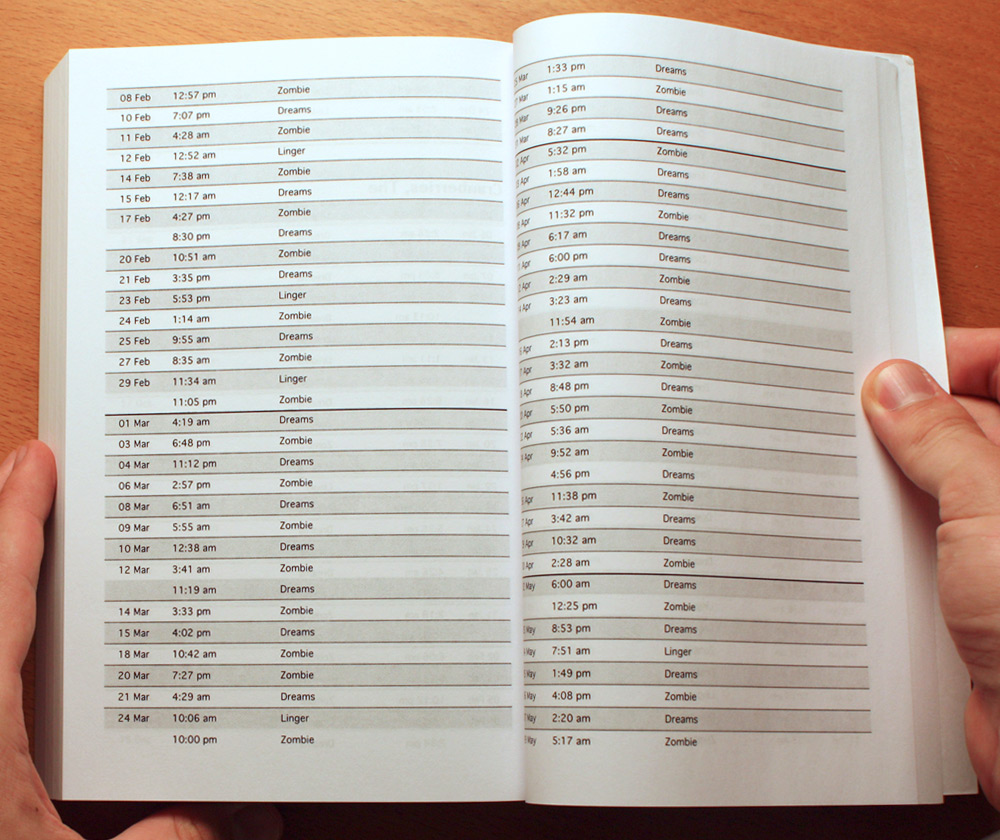 Ultimately, Lonergan’s 93.1 JACK FM LOS ANGELES 2008 offers a humorous but critical take on machine-driven curation and its impact on media culture, while acting as an archival intervention into an ephemeral aspect of Los Angeles car culture.