Cao Fei's RMB City was a fictional Chinese city constructed in the online virtual world Second Life. RMB City opened to the public in 2009 and remained active until 2011, when Cao Fei ended the project. During its time in operation, the city attracted users from the art world as well as a broader virtual community within the Second Life platform, particularly for its events, which included artist projects, contests, and mayoral inaugurations.
Over the course of the project, Cao Fei realized a number of installations and video works based on RMB City. She also catalogued RMB City and life within it via an extensive blog and several video works, which reflect the vast scale of the undertaking. Taking place at a time of rapid transformation of Chinese urban space, Cao Fei’s project of producing, maintaining, and inhabiting RMB City was a massive experiment in avant-garde urban planning, and in testing the relationship between the virtual and the real.

Still from RMB City: A Second Life City Planning (2007), which featured a 3d model of the city prior to its opening in Second Life.

“RMB City will be the condensed incarnation of contemporary Chinese cities with most of their characteristics; a series of new Chinese fantasy realms that are highly self-contradictory, inter-permeative, laden with irony and suspicion, and extremely entertaining and pan-political.”

Named after the the Chinese unit of currency, renminbi (often abbreviated as RMB), RMB City is a surrealist cityscape that draws on a combination of modern, ancient, and contemporary Chinese urbanism and visual elements.

References range from the incorporation of famous landmarks and structures, such as Tiananmen Square and the Bird’s Nest stadium constructed for the 2008 Beijing Olympics, to more everyday visual elements, such as shipping containers, barbed wire, and other common features of the Chinese urban landscape.

Cao Fei’s rendering of all of these elements playfully parodies their real manifestations. For instance, the Bird's Nest appears as a rusty ruin of itself; Tiananmen Square sits underwater. 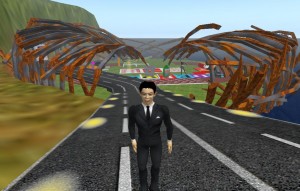 Construction of RMB City commenced in 2008 when Cao Fei and Vitamin Creative Space assembled a team to assist with its conceptualization and design. The construction process was presented in real time at Serpentine Gallery in London in the summer and fall of 2008. 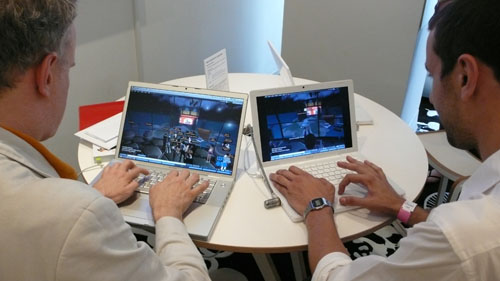 Serpentine presented 2- and 3- dimensional representations of plans for the city alongside computers where visitors could access weekly video updates of the progress being made in Second Life.

During the period before the city was officially inhabitable, Cao Fei and her collaborators staged artist projects from within the unfinished city.

For instance, for Love Letter to an Avatar (2008), Second Life users could commission love letters written by celebrated and controversial Shanghai-based writer Mian Mian to be sent to other users. 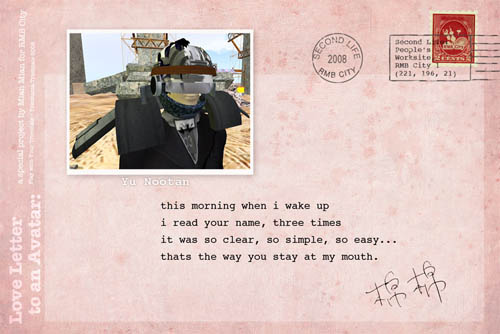 Each of the creators took on their own distinct avatars in the city. Cao Fei’s was named China Tracy. 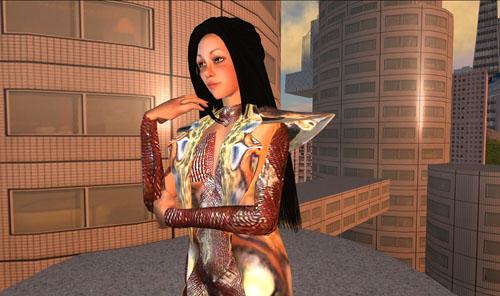 Cao Fei and her collaborators also encouraged individuals, art collectors, and art institutions to begin to stake their claim on RMB City by purchasing land and property there.

On January 10, 2009 RMB City officially opened to the public. The city opened with a festive ceremony and the appointment of the city’s first mayor, UliSigg Cisse (Real Life: art collector Ulli Sigg). City leadership would go on to rotate every three months with a new mayoral appointment. 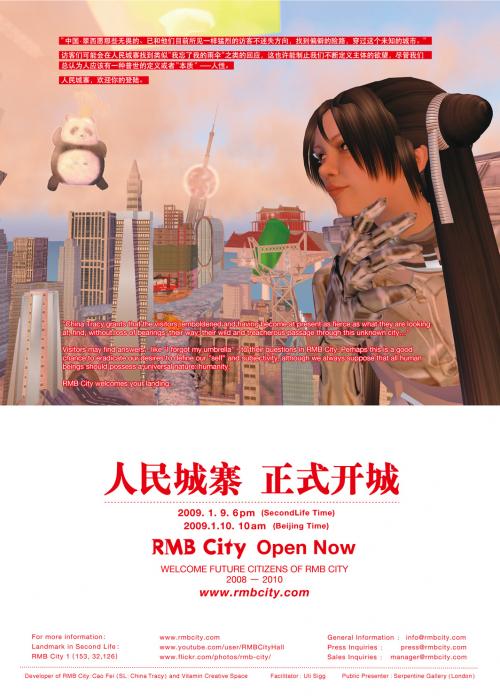 Once open, RMB City was often rather quiet, Second Life netizens stumbling in and out of its boundaries. This reflected the speed and mode of interaction of Second Life at large, where users milled about, often exploring vast virtual territories where they encountered few other avatars.

One such special event was “People’s Limbo,” a series of “interactive and experiential” activities offered in the city in 2009 reaction to the global economic crisis. The activities of “People’s Limbo” included competitions that “reflected the influence of past economic realities” as well as speculative, meditative scenarios such as a foot massage parlor staffed by Marx, Mao, a Lehman Brothers executive, and Lao Tze.

“People's Limbo” lives on as a 20 minute video called People's Limbo in RMB City (2009) that consists of twelve short scenes that document the virtual activities that comprised the event in Second Life.

Cao Fei also made other videos based in the city, such as Live in RMB City (2009), which depicts the arrival of China Tracy’s newborn China Sun in Second Life. 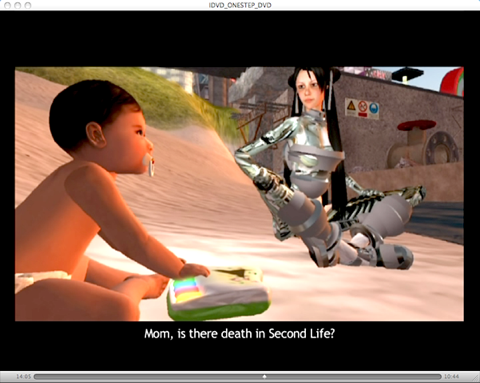 In 2009, Cao Fei also staged RMB City Opera, an experimental theatrical play that engaged both virtual and real space—combining live performances with films made in Second Life—to explore the slippage between identities in each context. The play was inspired by the “eight model works,” the only operas and ballets permitted during China’s Cultural Revolution. 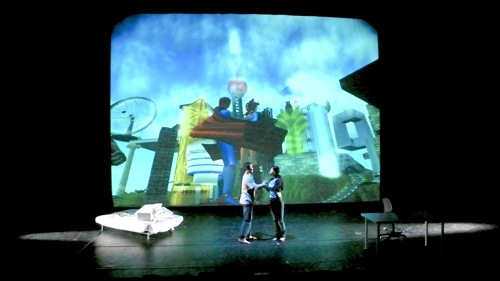 The many manifestations of RMB City between Second Life and “real life” speak to Cao Fei and her team's interest in an experience that integrated the virtual and the real. 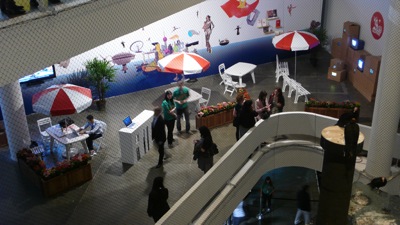