Grobari (2009) is an early example of Serbian artist Aleksandra Domanović’s “paper stacks” works: PDFs, several thousand pages long, which are displayed as sculptural objects. When printed onto standard office paper using the “borderless printing” setting, they may be stacked vertically, several feet high, to reveal images printed on their sides.
Domanović began creating these downloadable PDFs as monuments to the .yu internet domain name, which expired only in March 2010, many years after Yugoslavia had ceased to exist as a nation. Grobari depicts plumes of smoke from flares set off by an organized group of extremist football fans who played an integral role in bloody conflicts during and after the dissolution of the Socialist Federation of Yugoslavia. 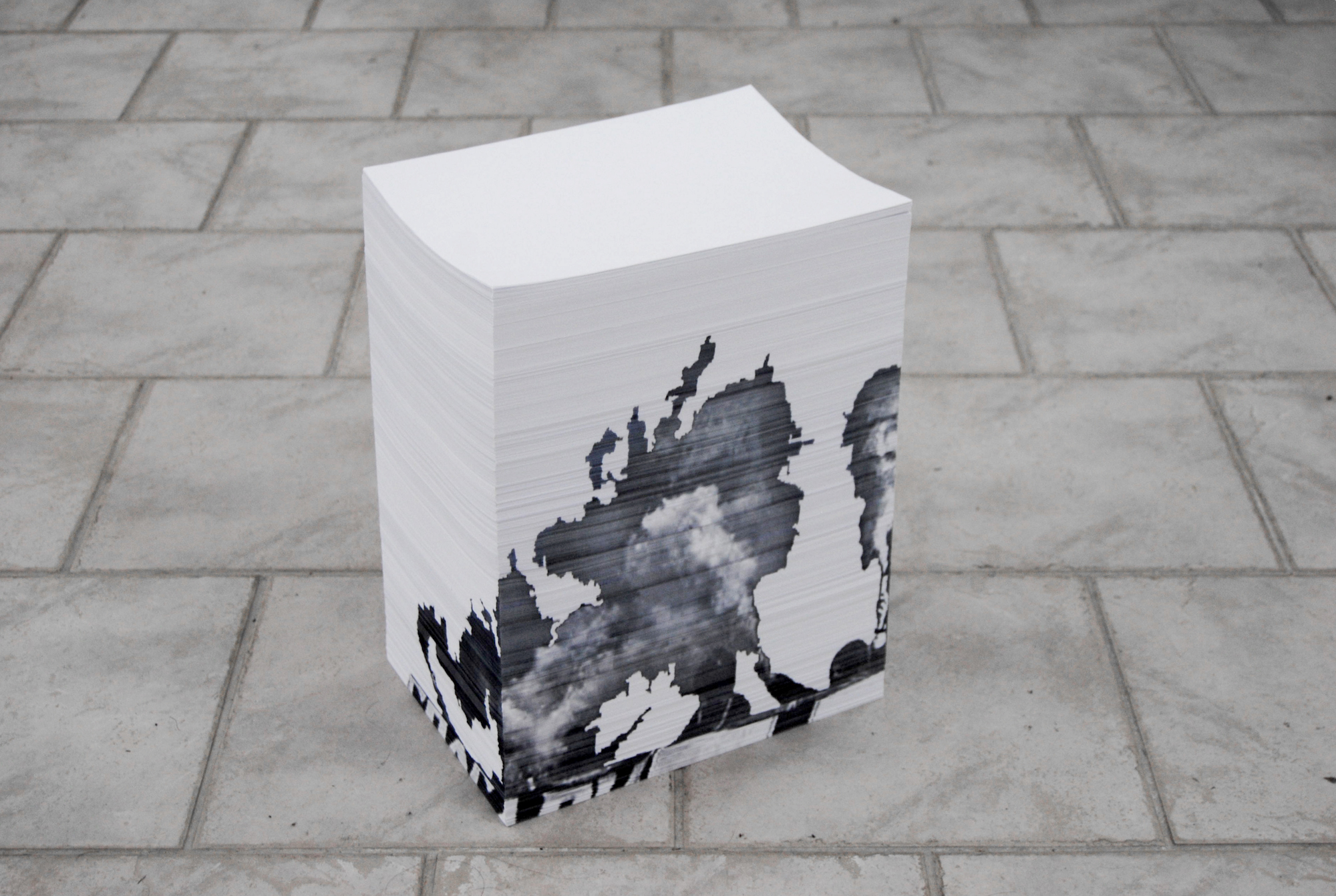 Grobari was circulated as a pdf as part of Lance Wakeling’s online PDF bulletin Private Circulation. Users were invited to to print out and assemble it themselves to reveal an image of flares used by extremist football fans, rendered in the colors of the Grobari football supporters association: black and white. 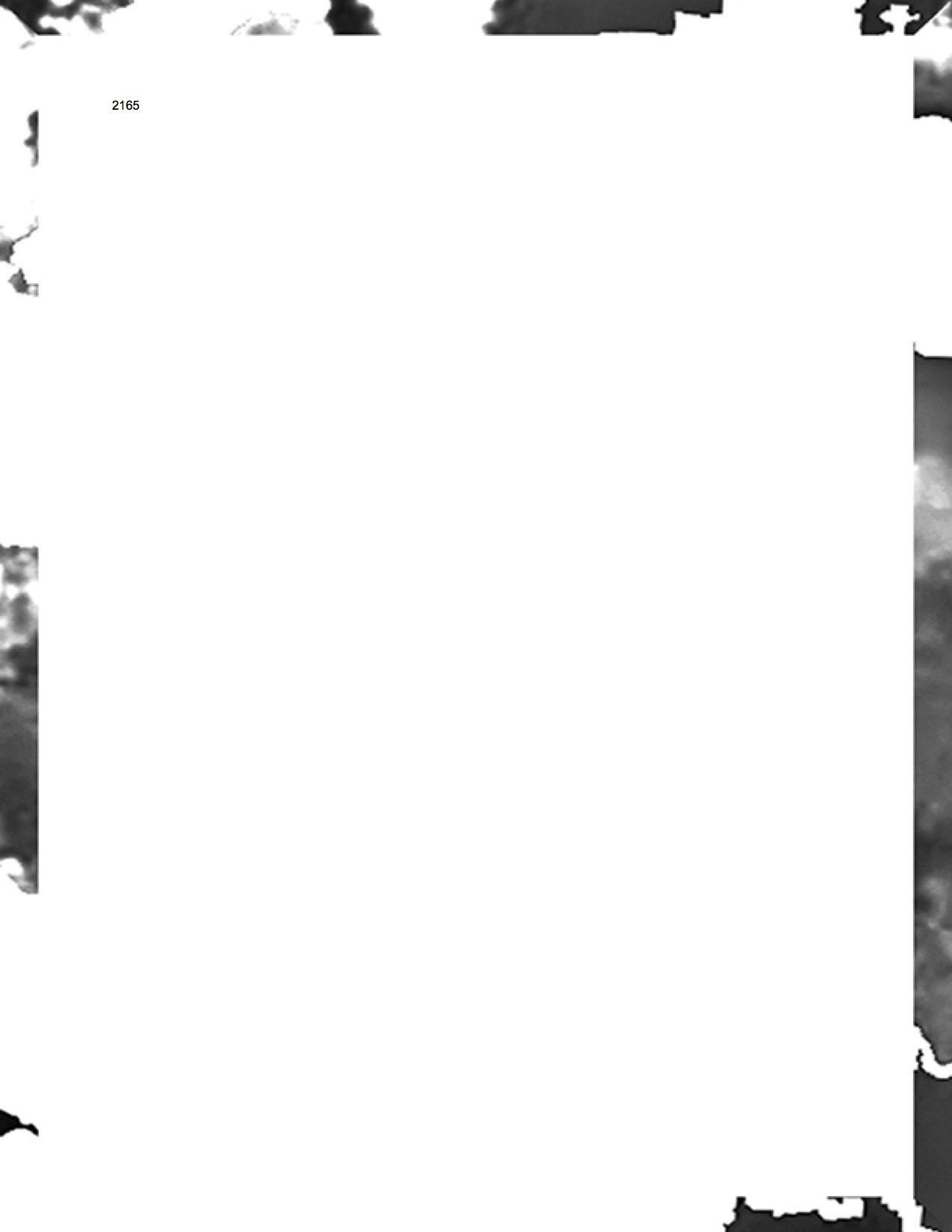 “3. Print, stack, and send a photograph of finished work.” – from the instructions for Grobari, 2009.

Grobari–“gravediggers” or “undertakers” in English–are the extremist supporters of Serbian football club FK Partizan. During the Yugoslav wars, many Grobari supported Serbian nationalism and fought on behalf of Serbian leader Slobodan Milošević.

Grobari continued to be associated with hooliganism in the 21st century. Shortly after this work was created, Grobari hooligans attacked Brice Taton, a French national and fan of FC Toulouse. He died twelve days later. 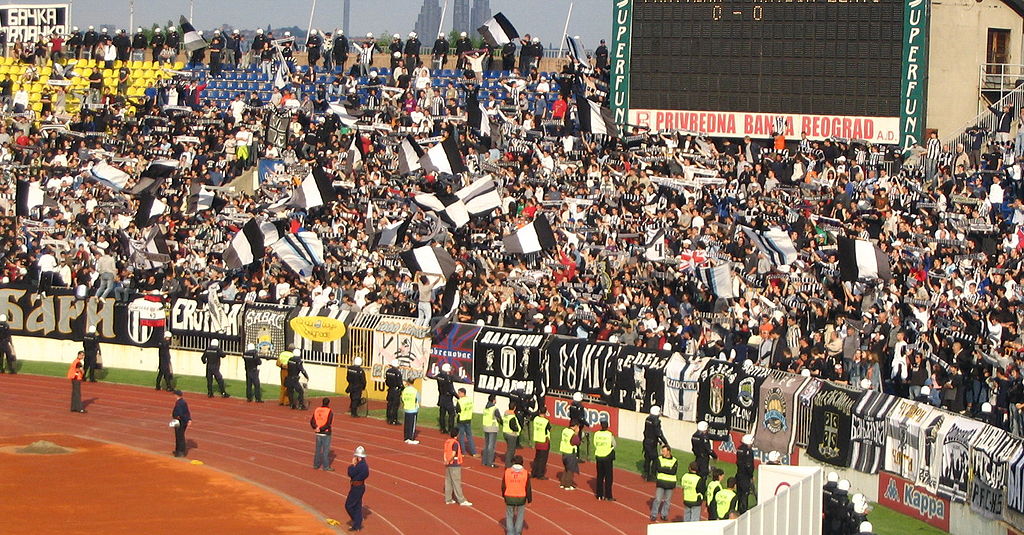 Grobari was an early example of Domanović’s “paper stacks,” which rendered various images, including imagery of football fans, hooligans, and their flares, to commemorate the now-defunct .yu domain.

Initiated in 1989 for use by the Socialist Federation of Yugoslavia, the .yu domain name long outlived the nation it was named for. It finally expired in 2010.

Domanović continued to delve into the .yu domain in further works, including the documentary From .yu to me (2013-2014).

These works meditate on the role of the digital in the formation and fragmentation of national identity, while drawing attention to the labor and bureaucratic effort required to make such constructs coherent.

They also serve as proposals for monuments to the digital traces of a nation that no longer exists.

“The images, found on the web and isolated using Photoshop, were chosen as emblems of the continuing violence of a former country, which has lost the last official form of its identity, the virtual one.”

Grobari was included in the Anthology exhibition "The Art Happens Here: Net Art's Archival Poetics" at the New Museum in winter 2019.