Hell in Lamb UC was loosely based on The Rum Diary, Hunter S. Thompson’s debauched memoir of Puerto Rico. Vélez has described the work as an “intricate, non-linear narrative led by four main characters–Ann Lee, Hell in Lamb UC, Huntergodfs, and Staged Metal Party–who introduce the viewer to a web of social connections, images, false characters, text, and profiles that rip through MySpace's sphere like a manic Gonzo reporter burned with the hot rums of Puerto Rico.”

Vélez’s rendering of social media-fueled mid-2000s party culture is an acerbic treatment of a kind of debauched, privileged visitor from the mainland for whom MySpace, the island of Puerto Rico, and the art world all function as staging grounds for their own private, destructive fantasies. 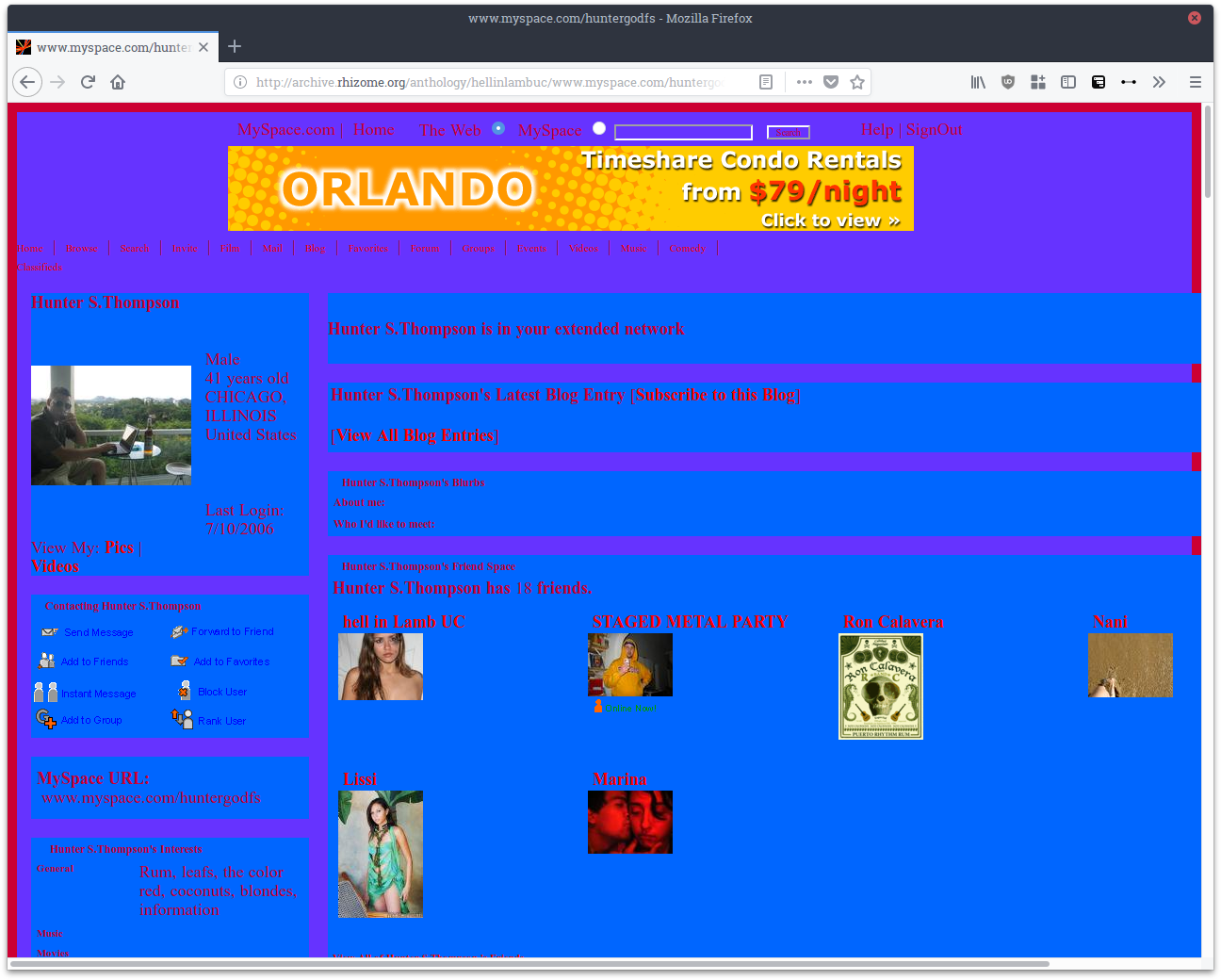 “Hell in Lamb UC is a faux over faux multimedia piece housed in the popular web host of MySpace.com that investigates the fate of characters, joints and publications found in Hunter S. Thompson’s lost novel THE RUM DIARY.”

Prior to Hell in Lamb UC, artist Pedro Vélez had worked with the internet as a collaborative tool and a platform for art and criticism. He co-founded the FGA (Fucking Good Art) with Michael Bulka in 1997 as a “poorly published Xerox zine and online site dedicated to drunken rants and art criticism.”

By 2004, with the collaboration of artist/curator Lena Kuffner, the FGA organized exhibitions for the web, rental spaces, art fairs, and sound compilations, working between Chicago and Puerto Rico. 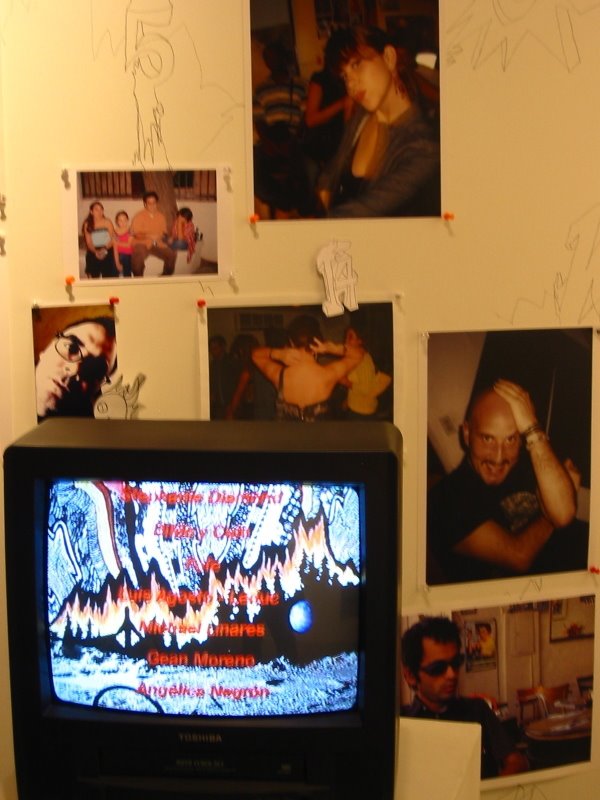 Throughout this time, Vélez’s work sometimes blurred lines between fact and fiction, including a series of postcards announcing fictional exhibitions. 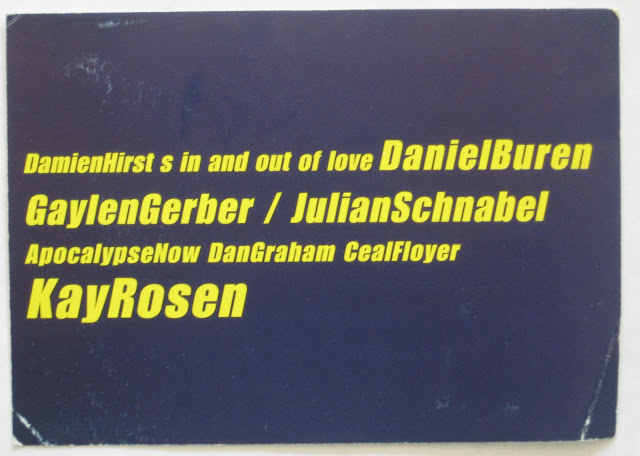 Hell in LAMB UC can be seen as a further exercise in networked fiction and a performance of sorts, taking place across multiple MySpace profiles, comment threads and incorporating image, text, and video.

Vélez created four MySpace profiles: Hell in Lamb UC, Ann Lee, Staged Metal Party, and Huntergodfs. The story played out across these profiles, through comments left by each character on the “wall” of another. Each character represent a different facet of The Rum Diary and Vélez' interest in it.

Vélez' Ann Lee character is modeled on the girl avatar from No Ghost Just A Shell that blue-chip artists Pierre Huyghe and Philippe Parreno “bought” the rights to and later “killed.” Vélez uses this character to explore the politics of powerful white men buying/animating/and then determining her fate. 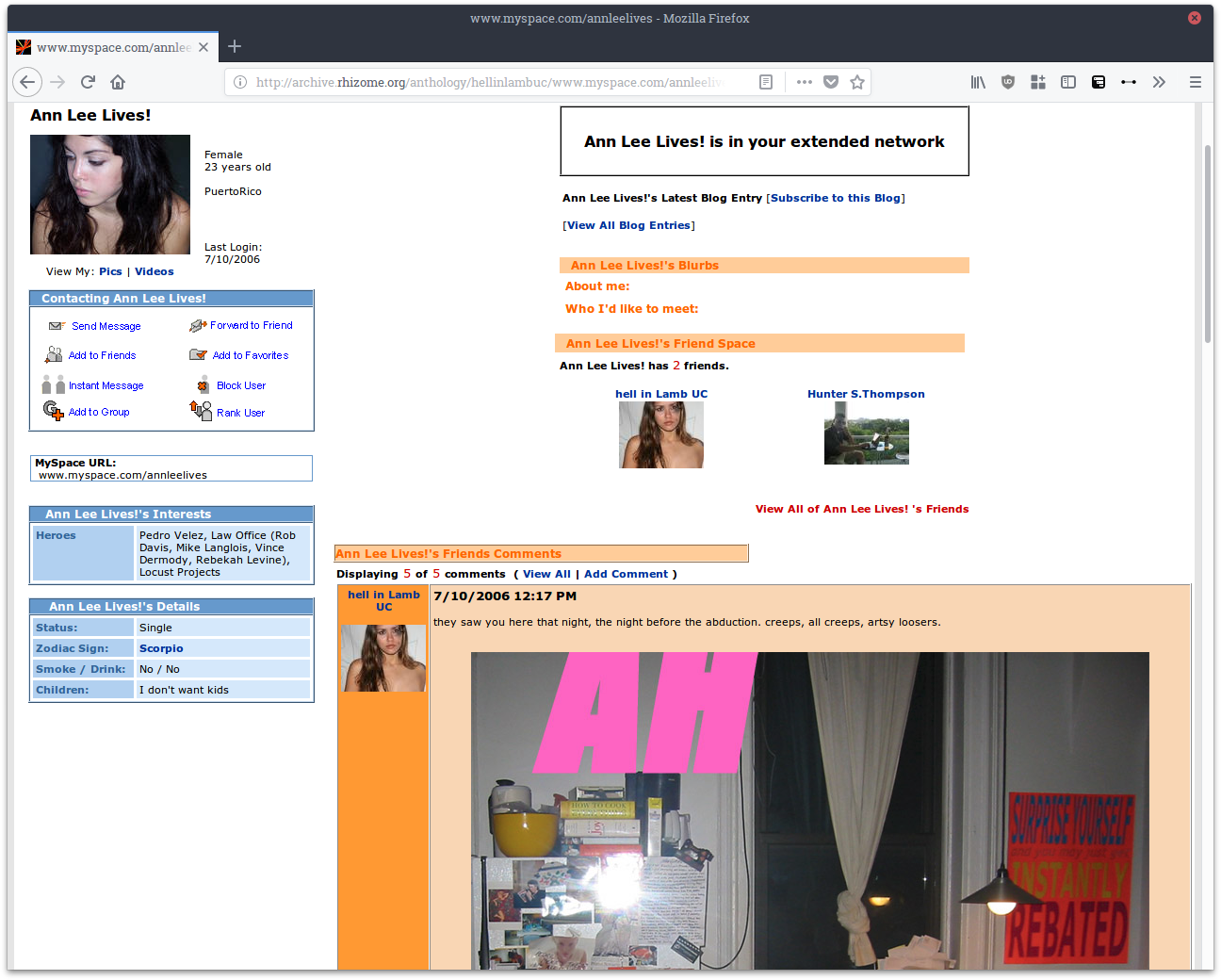 The final profile, Huntergodfs, is a reference to Hunter S. Thompson himself.

“Hunter S. Thompson
6/23/2006 8:24 PM
I'm completely confused. For a while it seemed that you wanted literature to be like heavy metal. Heavy metal isn't usually all that smart, but it's passionate, aggressive, sincere, honest, and lacks irony. I could more or less get with that. It seemed right for our post-ironic post 9/11 times. But now you want art to be more like sports? Have you lost your mind?! Sports are all obsessed with competition, corporate sponsorship, advertising, consumerism, and steroid abuse. And you are quoting Nike in your directive to just [fucking] do it? Brother, you have really gone astray.”

Though Hell in Lamb UC departs from the narrative of The Rum Diary, characters and places from the book are referenced in the MySpace work. For example, Ann Lee addresses Chenault–a woman who was abused and raped in Thompson’s book–in various posts. 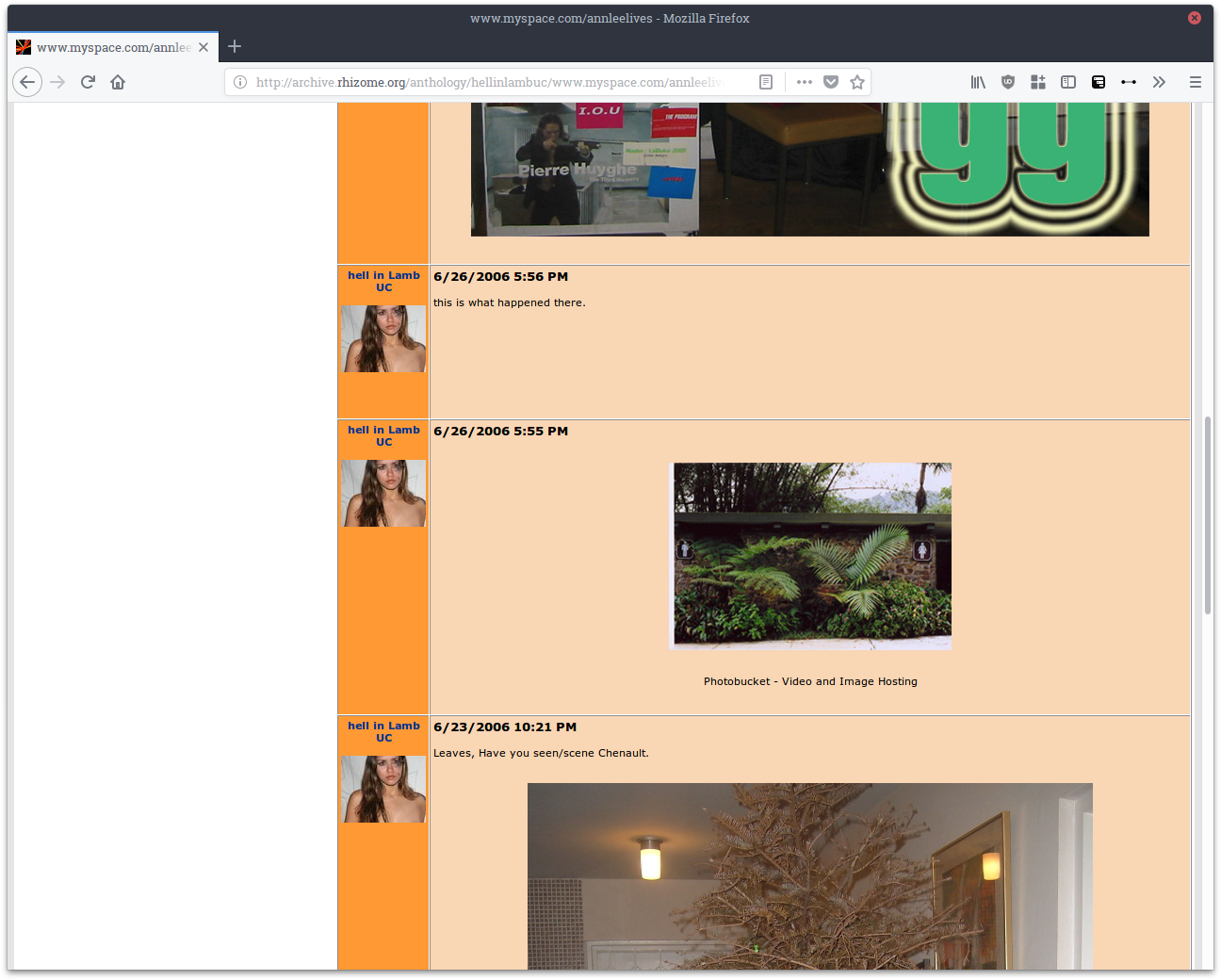 This use of Ann Lee builds on Vélez' larger body of work on the character, specifically artists Pierre Huyghe and Phillipe Parreno purchase of the rights to her likeness. Huyghe, Parreno and other artists used Ann Lee's name and image in a number of works. When they tired of her, they sold her. For years, Vélez produced work that critiqued the artists' use of her image. 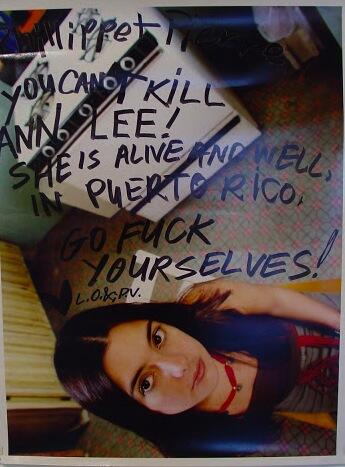 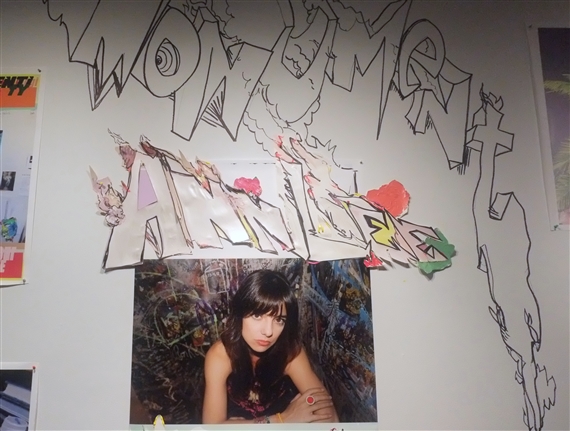 In 2003, Vélez exhibited the piece Ann Lee Lives!, a collaboration with the collective Law Office, at the gallery Locus Projects in Miami. This text appears drawn on the work: “Phillippe [sic] + Pierre / You can't kill Ann Lee! / She is alive and well,/in Puerto Rico,/Go fuck yourselves!”

In her book Girlhood and the Plastic Image (p. 81-85), artist, researcher, and educator Heather Warren-Crow praised Vélez for productively complicating the savior narrative created by Huyghe and Parreno around Ann Lee. At the same time, she pointed out that Vélez’ use of Ann Lee was itself paternalistic and instrumentalizing. 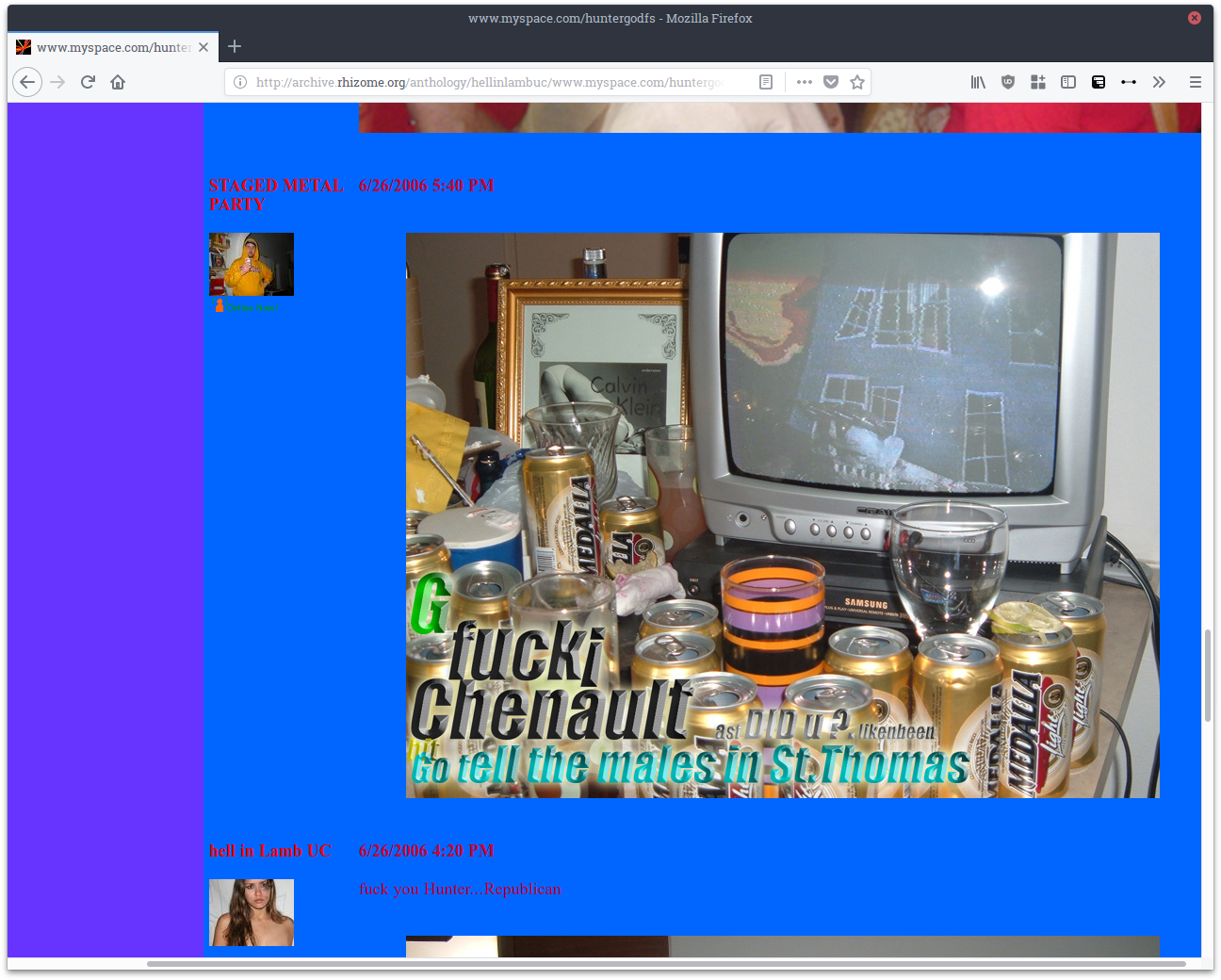 Hell in Lamb UC is vulnerable to similar critique, in that it uses images of abused women and sexualized violence as a theme throughout, partly as a metaphor for the victimization of Puerto Rico. (Since the work's production, Vélez has acknowledged that these images were harmful, and has taken some out of circulation.)

Vélez also has noted that he expected viewers to be more upset by these images. Perhaps the lack of outrage was a sign of the times, but in at the same time, the work presents a highly inscrutable narrative. It is difficult to make out Vélez’ stance as he weaves together fact and fiction.

This is in part because Vélez does not stand outside of the work, but incorporates aspects of his own biography. Hell in LAMB UC is a complex portrait of the apparatuses that produce desire, from the art world to MySpace, and the power relations that structure this process. But In the end, it’s perhaps less a scathing critique than an attempt by the artist to understand his own participation in them. 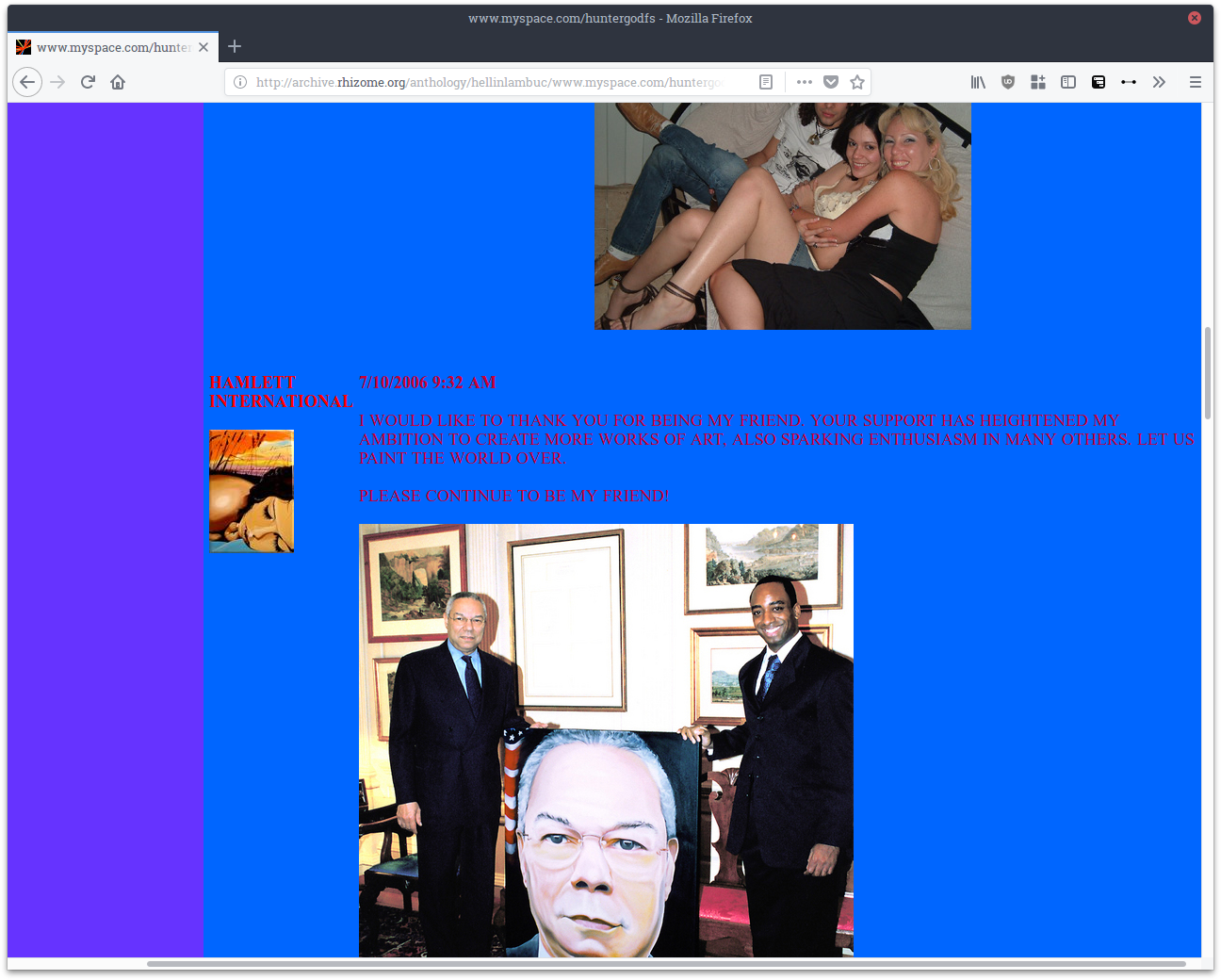