Jayson Musson’s Art Thoughtz is a YouTube-based performance work based on a character devised by the artist: Hennessy Youngman. Over the course of two years, Youngman kept up a regular vlog, offering advice and criticism related to contemporary art and theory in an unlikely packaging. Youngman wore white tank tops, chains, and fitted caps, and delivered his well-informed, thoughtful critique in the stereotypical urban, black vernacular that continues to signal blackness in pop culture and mass media.
Musson’s adopted persona expertly satirized both contemporary art and race relations, portraying a hyper-stereotypical American black man whose interests ranged from rap music to relational aesthetics. More than merely a funny gag, Youngman’s videos provided a series of nested critiques. On one level, they critiqued the casual and institutional racism that functions to exclude people like Youngman from the art system. On another, they critiqued art theory and history as themselves exclusionary.

Musson first invented the Hennessy Youngman character when he was an MFA graduate student in Philadelphia, where he found the academic atmosphere “alien” to his understanding of art.

“It started as a character in my first semester of grad school [at the University of Pennsylvania]. I began to acquire knowledge of a history, a certain language of discussing art, and I thought it would be funny for a Def Comedy Jam comedian to discuss these topics.” - Jayson Musson

An early video by Youngman was filmed in a comedy club setting with a laugh track. However, Musson quickly realized that the elaborate stand-up setup distracted from the character, and moved to a “talking head” or “rap pundit” format.

In 2010, after Musson had posted a few videos, Art Thoughtz went viral, hopping the boundary between art and pop culture. After being picked up as a “Best Link Ever” by the blog ArtFCity (then Art Fag City), the series received write-ups in other art publications and made its way into the larger online cultural sphere.

The videos themselves were originally intended to be shown in a gallery setting, but they adopted a classic YouTube vlogger format. Youngman directly addresses an online audience—“what up, internet?” he asks—and appears on a variety of backdrops, all of which indicate that he is alternately broadcasting from home or from his studio (his “alabaster alcove”).

The style of his address matches that of your average vlogger; he approaches the topic of the day as though it’s something that’s been tugging at him the last few days, or is shared as a request from the audience. 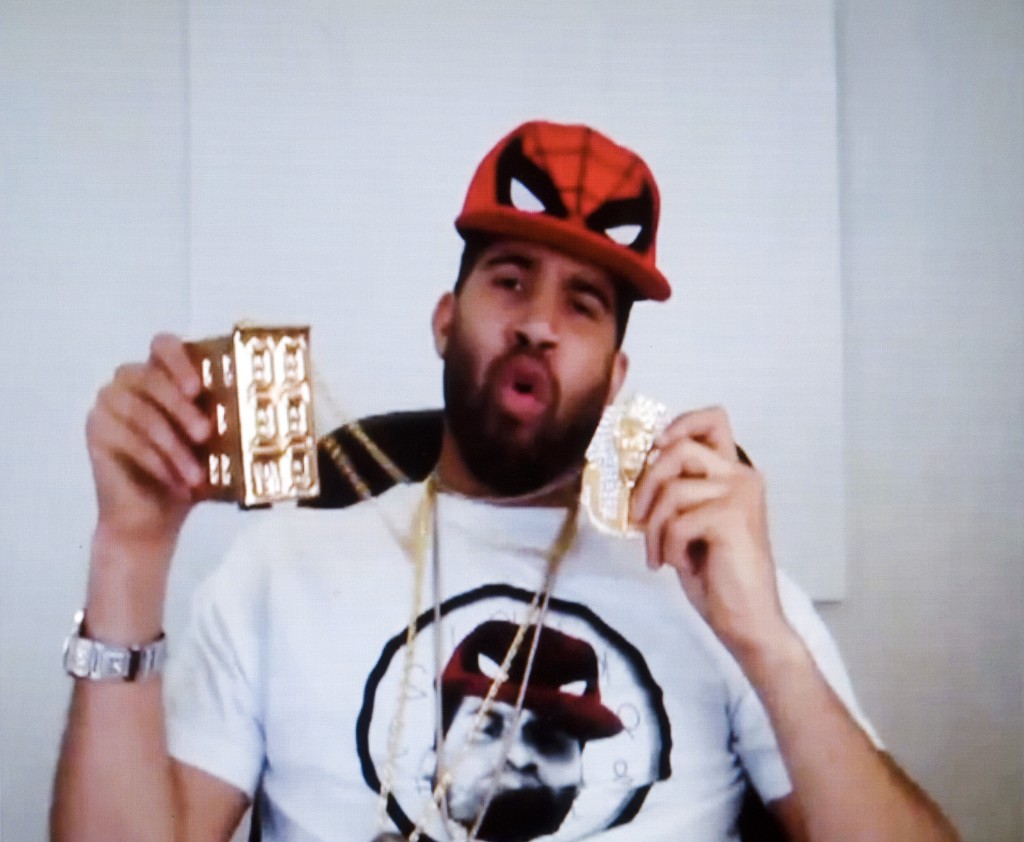 Musson’s early videos often find Hennessy offering critques of the contemporary art world packaged as sage advice. For instance instead of giving tips on navigating MFA programs, his first dispatch “How to be a Successful Artist” names the reality of art world power dynamics, under which “white” and “male” are often prerequisites for “success.”

His follow-up, “How to Be a Successful Black Artist” digs in further, exploring the bleak relationship between the art world and black artists.

“White people wanna consume the exotic other . . . they don’t really want to understand you, because if they understood you you’d be just like them. Keep them entertained, keep them guessing.” - Hennessy Youngman

Some of the videos draw together art and pop culture, like “Beuys-Z,” in which Youngman compares Joseph Beuys to Jay-Z in a lesson about artists’ personal mythologies. Art Thoughtz might seem like an anti-intellectual parody, but in episodes like “Beuys-Z” it is especially clear that Musson/Youngman has a reverence for both artistic giants.

Responses to Art Thoughtz from within and outside of the art world focused heavily on Youngman’s perceived ant-intellectualism. The character was compared to Sacha Baron Coen’s alter ego Ali G, and deemed an “idiot” and “buffoon.” For instance, The NYU Gallatin School of Individualized Study advertised a lecture by Youngman on Facebook, with the line “Buffoon in a fitted or thinking man’s thug?” However, Youngman’s videos display little to no buffoonery or thuggishness, suggesting that these responses were at their core anti-black.

Art Thoughtz as a whole forms a larger effort in meta-criticism, a case-study for Youngman’s guidelines in “How to Be a Successful Black Artist.” Musson, performing as Youngman, rejects the seemingly simple tenants of black artists’ success, confounding his non-black viewers. Youngman simultaneously embodies an art world insider through the content of his monologues and embodies an ultimate other through his delivery and visual presence.

Art Thoughtz, in all its ambivalence, is a prescient critique of anti-blackness in the contemporary art world, as well as of the performance of identity online. Musson’s circulation of this very black critique prefigures the rise of black viral cultural production in the latter half of the decade. His character play shows that identity is slippery but sticky as well.