Although the work was also sold as an editioned DVD, Trecartin uploaded clips from the film to YouTube in short segments, in line with the platform’s time limits. I-BE AREA in Out of Order YouTube messy-format allowed the work to be experienced in modular form, attracting comments, responses, and remakes as it circulated on early YouTube.

I-BE AREA centers on “Jaime’s Area,” a “bedroom/classroom/drama department/blog space/Internet-community site” where a revolving cast of characters convene. They fight, make up, chat inanely, and spiral out of control, generally “[acting] on their own creative potential.”

Trecartin played multiple characters in the film, as did his ongoing collaborator Lizzie Fitch, whose roles included the character of Jaime. The ensemble was rounded out by friends and peers, including Telfar Clemens, Leilah Weinraub, Math Bass, and other artists and creatives.

Although they embody distinct personalities, the characters speak in a shared language. They are vehicles for the artist’s exploration of what he calls “universally personal” themes such as “family, identity, pregnancy, sexuality, business, money, ownership, trading, sharing, eating, dieting, friendship, back-stabbing...”

As Brian Droitcour has argued, Trecartin’s process begins with script-writing, and is defined throughout by his engagement with language. The dialogue in I-BE AREA draws on the brand-saturated, fractured, and heavily encoded language that is common on the internet, refracting it through Trecartin’s singular poetic voice.

“Putting my butterfly effect in finger quotes. As if one layer of me, means something to me, is wrong. And I respect you to die up in public royally.”

The film constructs its “area” onscreen through disjointed editing and the layering of live-action footage with graphics and text, creating a hybrid, discontinuous space.

I-BE AREA premiered at Elizabeth Dee Gallery in New York City in 2007, where it played continuously in a dedicated room as a part of an exhibition by the same name. The exhibition also included a sculptural installation made in collaboration with Lizzie Fitch, building on the film’s theme of a space that is produced through IRL and onscreen encounters.

A few months after the exhibition, Trecartin uploaded the film to his YouTube account. At the time, in early 2008, YouTube still enforced a ten-minute run-time limit for video uploads, so Trecartin had to split the film up into segments in order to post. Two clips were later flagged because of the platform’s content guidelines.

I-BE AREA in Out of Order YouTube messy-format is a modular viewing experience, where the film can be rearranged and viewed in any order, adding a new recombinant quality to the work. Watching it on YouTube intensifies the film’s already tenuous relationship to linear time and traditional filmic narrative.

“In a world where it’s more insane to choose something since everything can be everything or had—slapping up sides and focusing on choice is outrageous and I think those sides create shiftable, episodic sections that work well in a shuffle or a multitasking chunk. It’s more like a conceptual given. People split movies up all the time now and choose their favorite 10 mins., reedit, reshow, reorganize. I’m pre-apart of that world so it kind of has an inherent set up in my post production intentions.”

I-BE AREA’s life online has been extended through the many comments, bootlegs, and response videos that cluster around the originals on YouTube, as well as through its recontextualization in various users’ personal playlists.

Read “What Will I Be When I Grow Up? A Production Company” by Lauren Studebaker 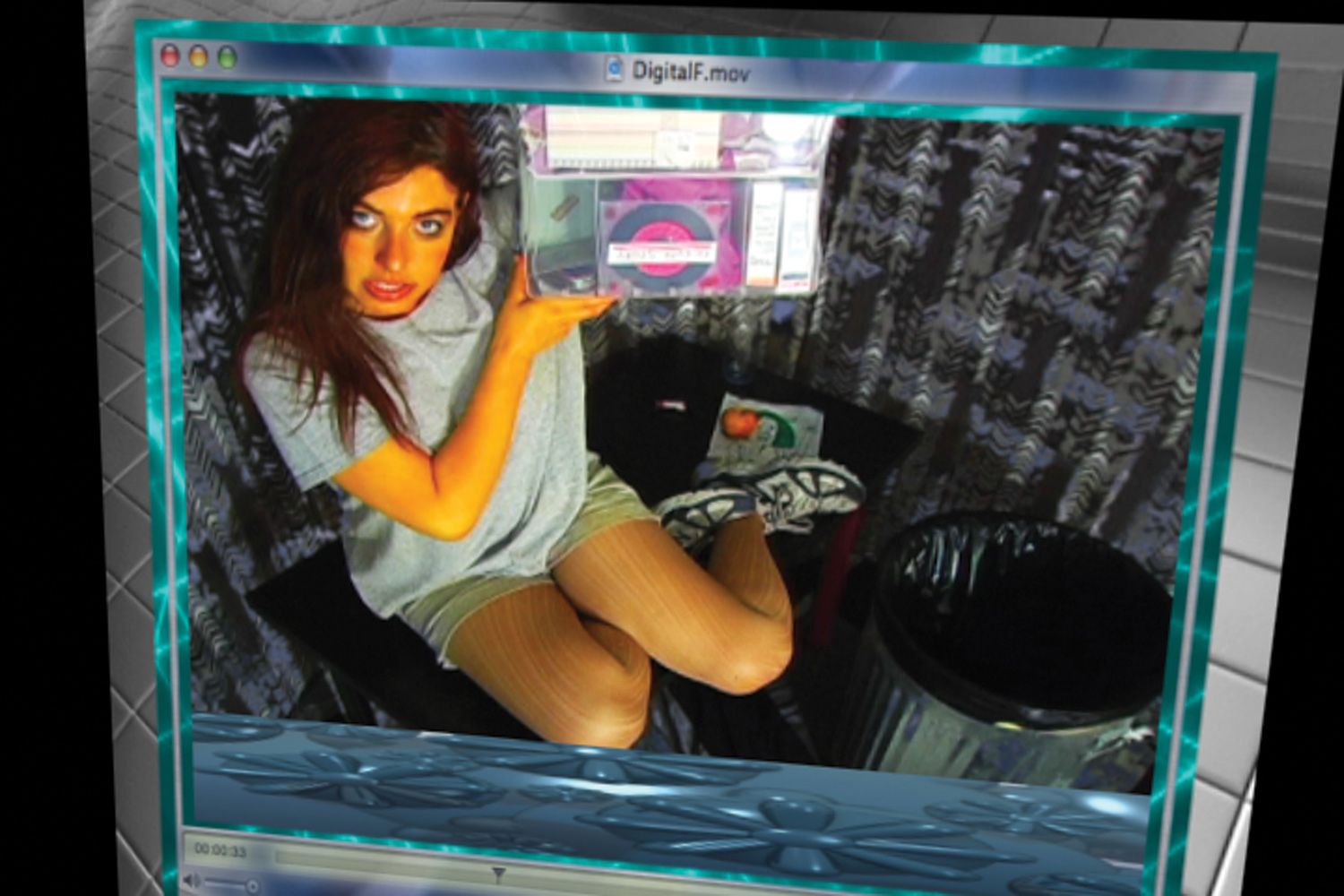 Considered by many as “conceptually native to the internet,” Trecartin’s films found themselves at home on the YouTube platform, circulating amidst the very content that had influenced their creation. 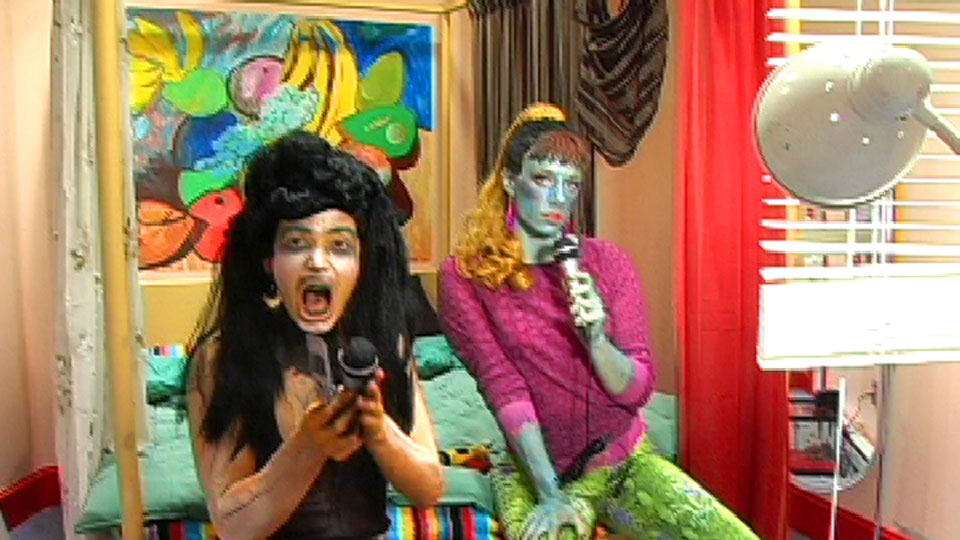 “I think of direction, script, body language, word delivery, set, edit, color, prop, and structure in a kinetic, musical, poetic way—each scene specific to itself and organized with different intentions to flow Ideas. I like when people feel it, but can’t explain it. I totally see my movies as part Musical hybrid, and the dialog works like Poetry—You sit with it, it’s layered in meaning Best to experience more than once cause it shifts in question and reveals hidden parts and connections.”

Trecartin effectively left YouTube in 2009, posting his work on Vimeo instead, which accommodated longer videos at a higher quality. Trecartin’s YouTube account now exists as a record of the artist’s early online activity.

Each video page from Trecartin’s I-BE AREA in Out of Order YouTube messy-format has been captured in a Webrecorder archive. I-BE AREA (2007) can be viewed in its entirety here.