Shu Lea Cheang’s Garlic=Rich Air was an interactive online project and participatory artwork that imagined a post-capitalist society in the year 2030 in which community wireless would be the only internet and organic garlic the primary currency.

In Cheang’s project, users signed up for the barter economy via a website where they could deposit digital goods to be exchanged for organic garlic, whose value was decided collectively by the community. Following a period of trading, Cheang created a virtual-to-physical exchange where virtual garlic could be traded for real bulbs.

This exchange was staged as a street performance based around a pick-up truck adorned with the slogan “GET GARLIC. GO WIRELESS.” Fitted with free wireless connectivity and carrying hundreds of pounds of freshly harvested garlic, the truck facilitated a lively barter-based micro-economy on the streets of New York in a “real-time fictional scenario” that prototyped strategies for community adaptation and exchange in the face of climate change and economic precarity.

This work was included in The Art Happens Here at the New Museum
Featuring the game Garlic Trust, 2019, by Melanie Hoff

VISIT 2003 WEBSITE
(Some graphics will not load in modern browsers, but largely functional. Full restoration forthcoming)

“The scenario, unlike the manifesto, does not declare or set up doctrines. In my case, I prefer making up sci–fi scenario which push for further imagination.” —Shu Lea Cheang

Garlic=Rich Air began as an offshoot of another project, St(r)eaming the Fields, a field harvesting and public network project conceived by Shu Lea Cheang with funding provided by the "Challenge to the Field" award from Lyn Blumenthal Memorial Fund for Independent Media.

In the first phase of this project, Cheang organized the harvesting of 10,000 garlic plants, cultivated by organic farmer Tovey Halleck in upstate New York over a period of ten years, by generations of old and new media artists in summer 2002.

The idea that this garlic could be used as currency was inspired by the trueque clubs that formed after the Argentinian credit crisis in 2001, where coupons served as a means to keep an exchange economy going, based on mutual trust.

“When [a crash] happens, you invent your own currency locally. Why not use garlic?”

In the 2002 iteration of the project, people were invited to to participate in a virtual-to-physical commodities exchange housed in a pick-up truck painted with the slogan “GET GARLIC. GO WIRELESS.”

Critic Armin Medosch has characterized this project as a “sociopolitical real-time fictional scenario” that prototyped strategies for community adaptation in the face of climate change and economic precarity.

“...a fictitious scenario as in a movie, but played out in reality. The artist plants certain elements in reality and in people's minds and makes them - wittingly or not - actors in her movie, a movie which is never shot but only exists as an assemblage of real and imagined episodes.” — Armin Medosch

Garlic=Rich Air was presented as part “The Art Happens Here: Net Art’s Archival Poetics” at the New Museum in 2019, and will tour with the exhibition.

The garlic trading games from Cheang’s original project were reimagined for the New Museum exhibition by artist Melanie Hoff, with design by Pat Shiu and technical development by Mark Beasley, as Garlic Trust, 2019. The game is playable on the local wifi network GARLIC TRUST as part of this new installation. 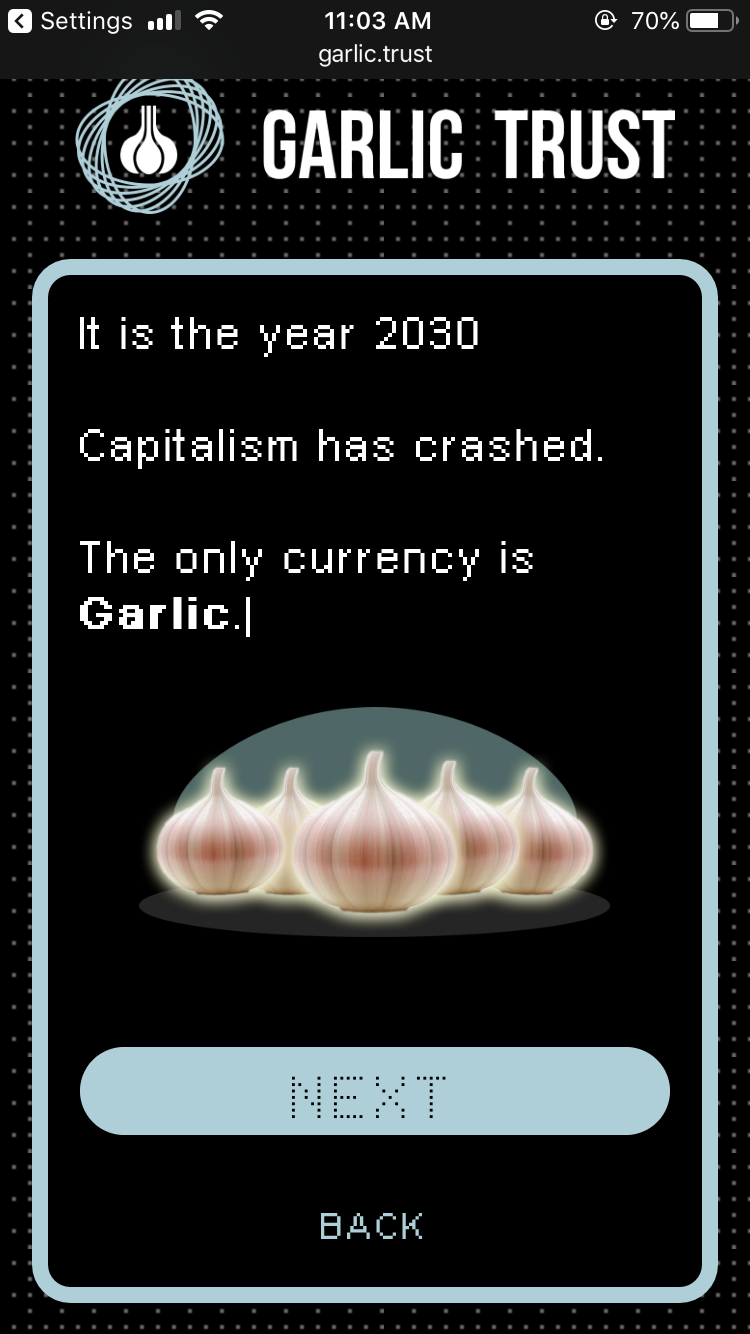 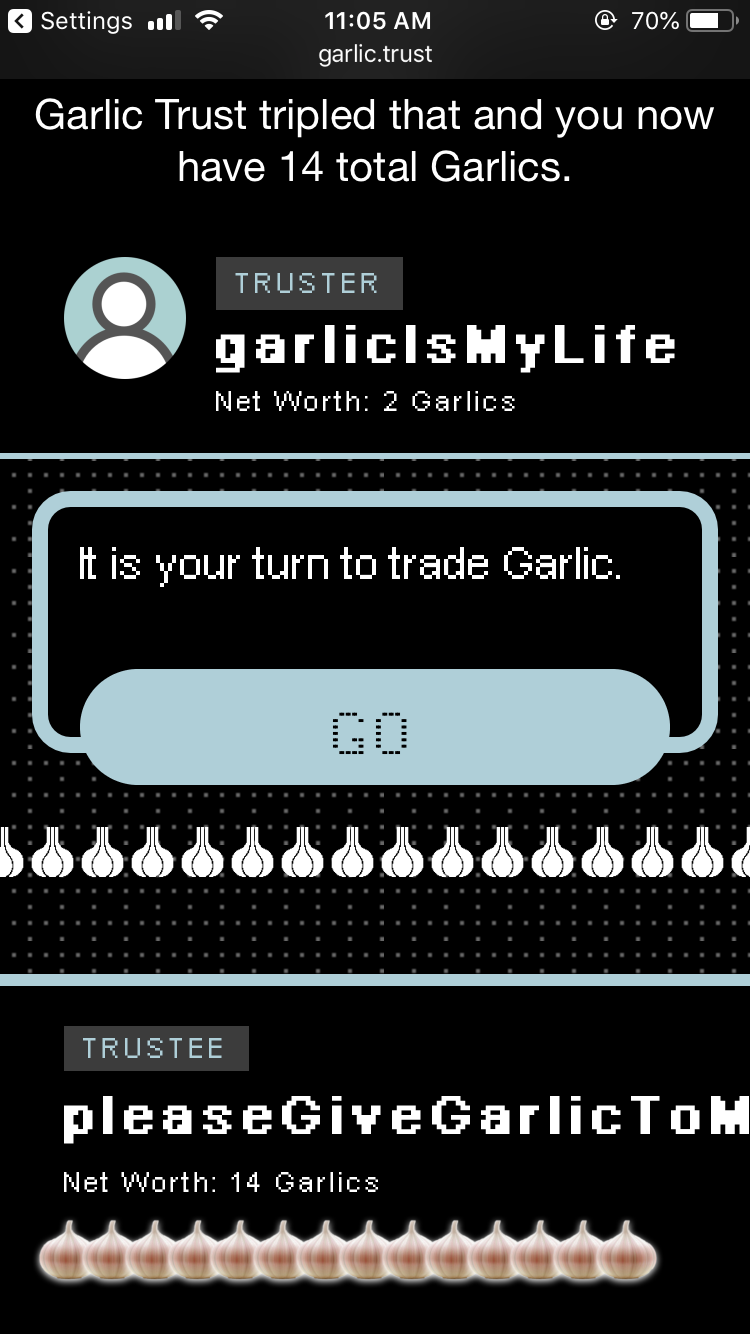 On July 28, 2019, the performance aspect of Garlic=Rich Air will be restaged in Rockaway Beach, NY. Participants will be invited to trade in virtual garlic for organic bulbs grown at CycleX in Andes, NY—a non-profit founded by Cheang with John Woo and Jennifer Fong that functions as both a farm and a medialab.

The electric tricycle presented in the New Museum is a new design inspired by the original garlic truck, with graphics based on the original design by Mieke Gerritzen. The garlic was sourced and grown with the assistance of E.A. Karl and CycleX.