Nasty Nets was a collaborative blog created to share media artifacts found while exploring the internet, along with original compositions and collages. The group, founded in 2006 and disbanded in 2012, was the first to popularize the term “surf club” to describe this type of online activity. The label was quickly adopted by other collectives with similar practices of collecting, juxtaposing, and curating found objects online.

VISIT ARCHIVED COPY OF NASTYNETSSome posts and media are incomplete. 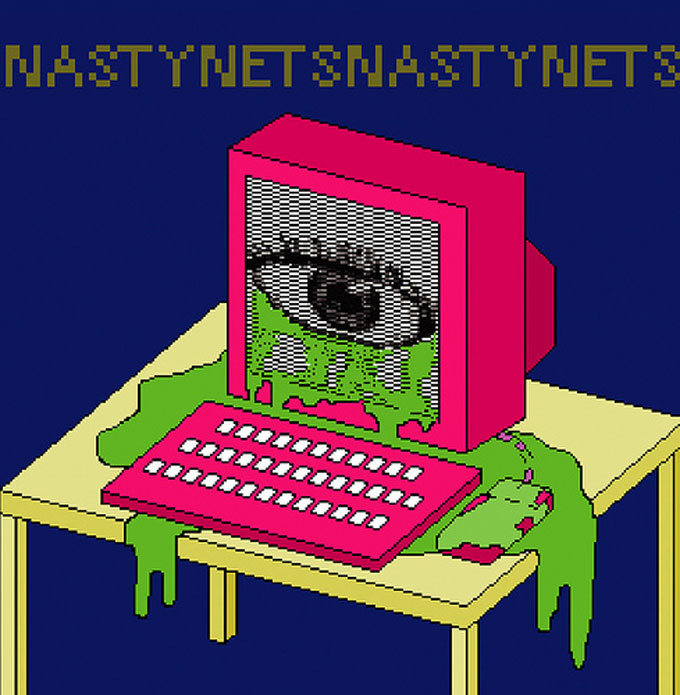 Emerging out of collaborations between the founding artists on the social link-sharing site del.icio.us, Nasty Nets reflected a particular emphasis on sharing decontextualized found media as an artistic practice. 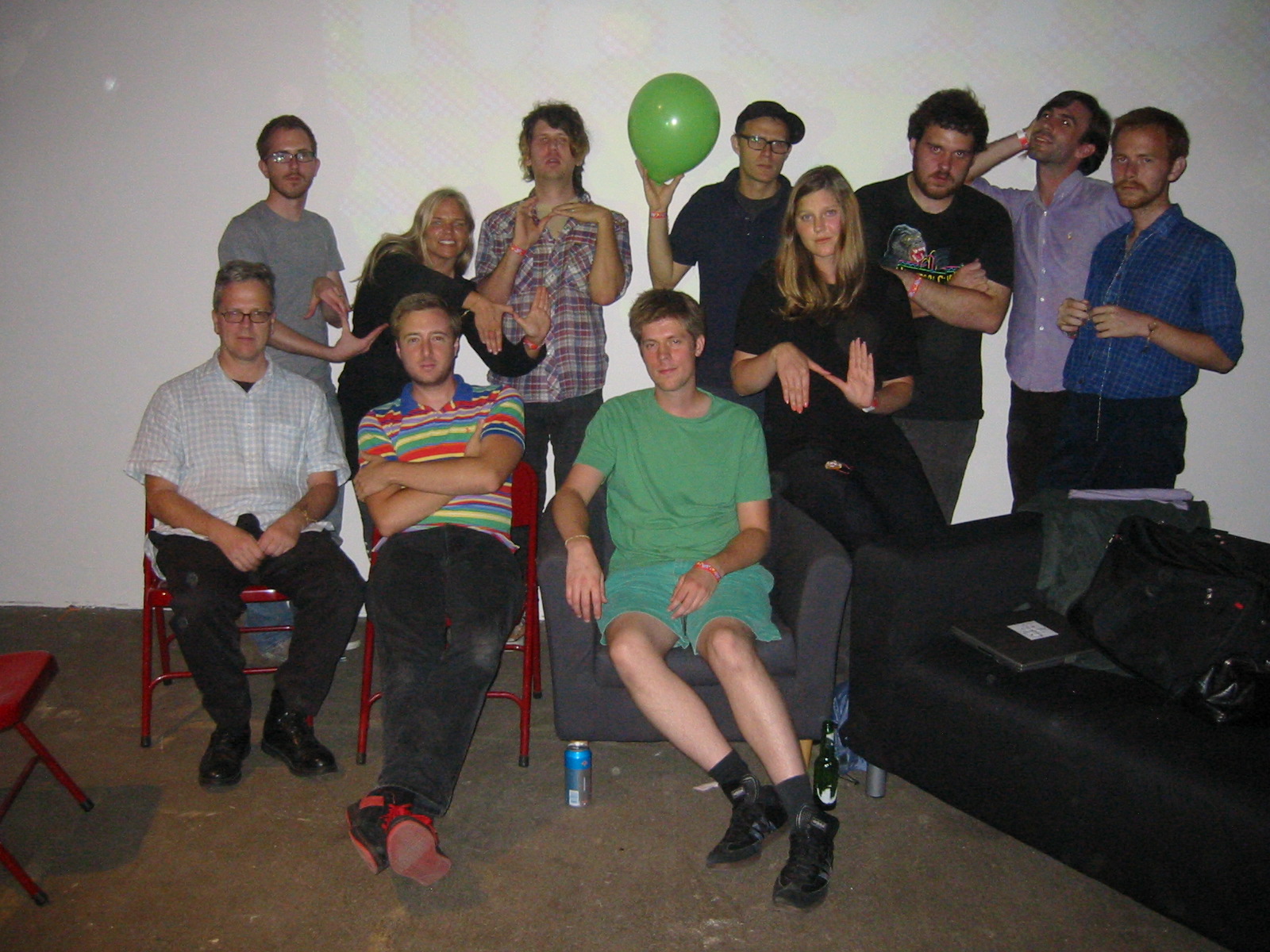 “Oh boy am I excited to tell you about this!!: Nasty Nets internet surfing club! What’s a surfing club? It’s a hangout for my favorite surfers (and I), an extension of the collecting that’s already been going on, on del.icio.us and elsewhere.”

There were no fixed themes; collaborators developed a shared lexicon and a shared set of interests, responding to one another’s posts with comments and follow-up posts.

Many posts feature screenshots of web searches, targeted ads, and other corporate and automated elements of digital culture (“The post where we share awesome gradients,” reads an entry by Michael Bell-Smith.) 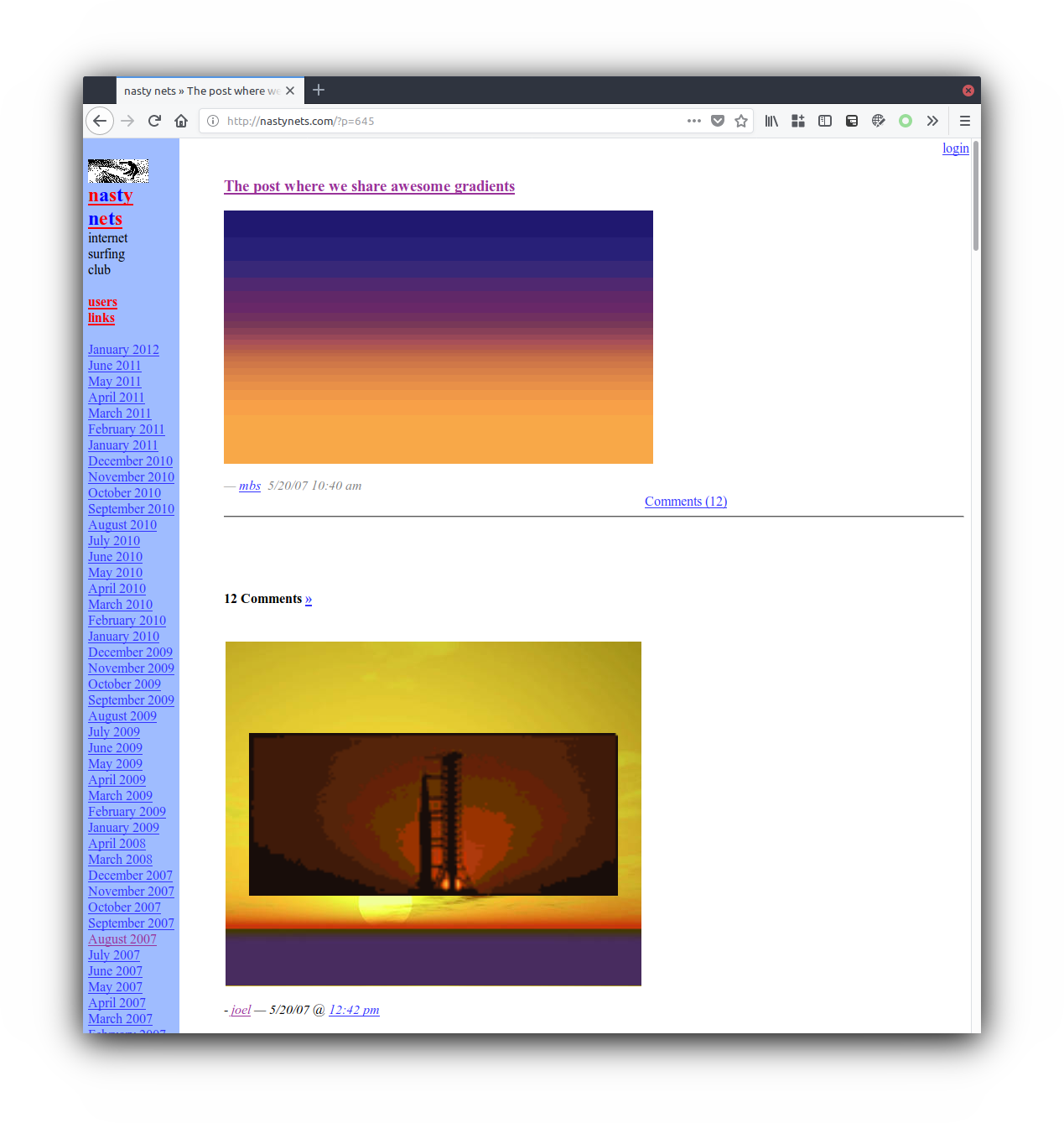 Others feature found material created by amateur users, reflecting an appreciation for the unexpected ways that users find to express themselves with the computer (“Awesome email from my mom,” announces one post by Guthrie Lonergan).

Participants also would alter or collage found media, or post entirely original works. In some cases, this would lead to further alterations by other members of the surf club. 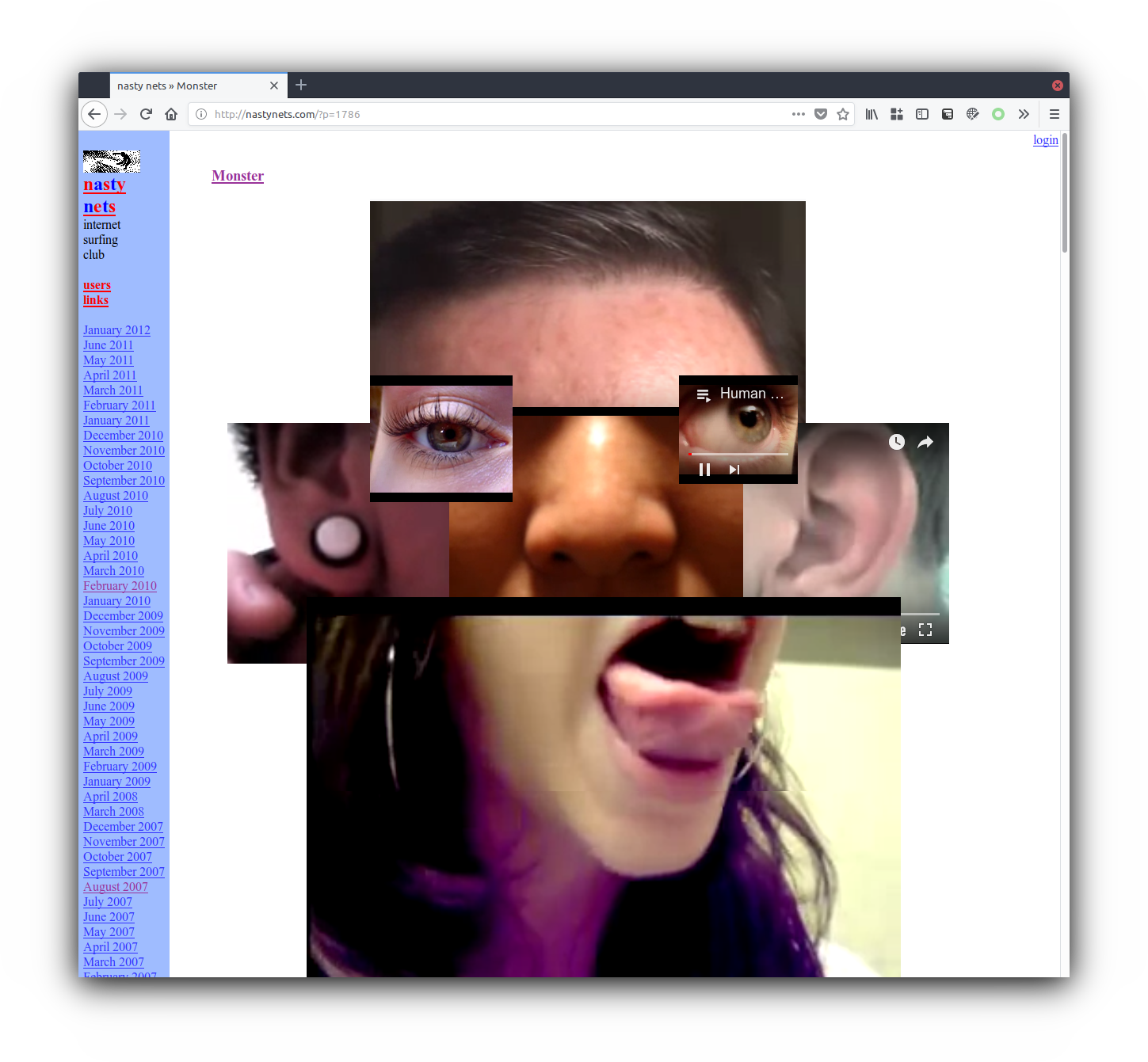 Nasty Nets was both a notable experiment in collaborative posting as artistic practice and an important record of materials collected at the moment of the web’s transition to centralized platforms.