Processing is a free, open-source coding language for visual art developed by Ben Fry and Casey Reas, former classmates at the MIT Media Lab. Launched in 2001 as Proce55ing, the project encompasses a programming environment designed for artists’ use, and a community of practitioners. Processing has grown into the Processing Foundation, an organization that oversees a larger family of software that aim to empower users to work creatively with code, as well as promote software literacy—especially for those who have not had access to programming education.

Processing is designed to be intuitive for artists: programs are referred to as “sketches,” and the straightforward syntax, based on Java, includes terms specific to form, color, and geometry.

Notes in Casey Reas’s sketchbook in 2001 from the first conversation about the project that would become Processing.

Formally, Processing is a direct descendant of John Maeda’s Design By Numbers, a didactic programming platform developed during the late 1990s.

“DBN limited users to drawing in a 100-by-100-pixel space, and only in grayscale–faithful to my Bauhaus-style approach to computational expression. But Fry and Reas figured that people needed color. They needed canvases larger than 100 by 100. They realized that this wasn’t in line with my interests, so they went off and made their own system...” — John Maeda

Beyond its embrace of scale and color, a key factor in the success of Processing was its portability. Unlike Java, which might yield varying results in different platforms, Processing used a custom rendering engine that worked consistently on Windows and Mac.

Also key to its success was its emphasis on community. Since its inception in 2001, users have shared work and advice on an associated forum, the first iteration of which was called Discourse.

Visit an archive of Discourse, active during the “alpha” stage of Processing, from 2002–2005.

Visit an archive of discussion forums active during the “beta” stage of Processing, 2005–2010.

Individuals within the community have developed Libraries of supplemental code to expand the software’s capacities; hundreds of Libraries have been developed to date. 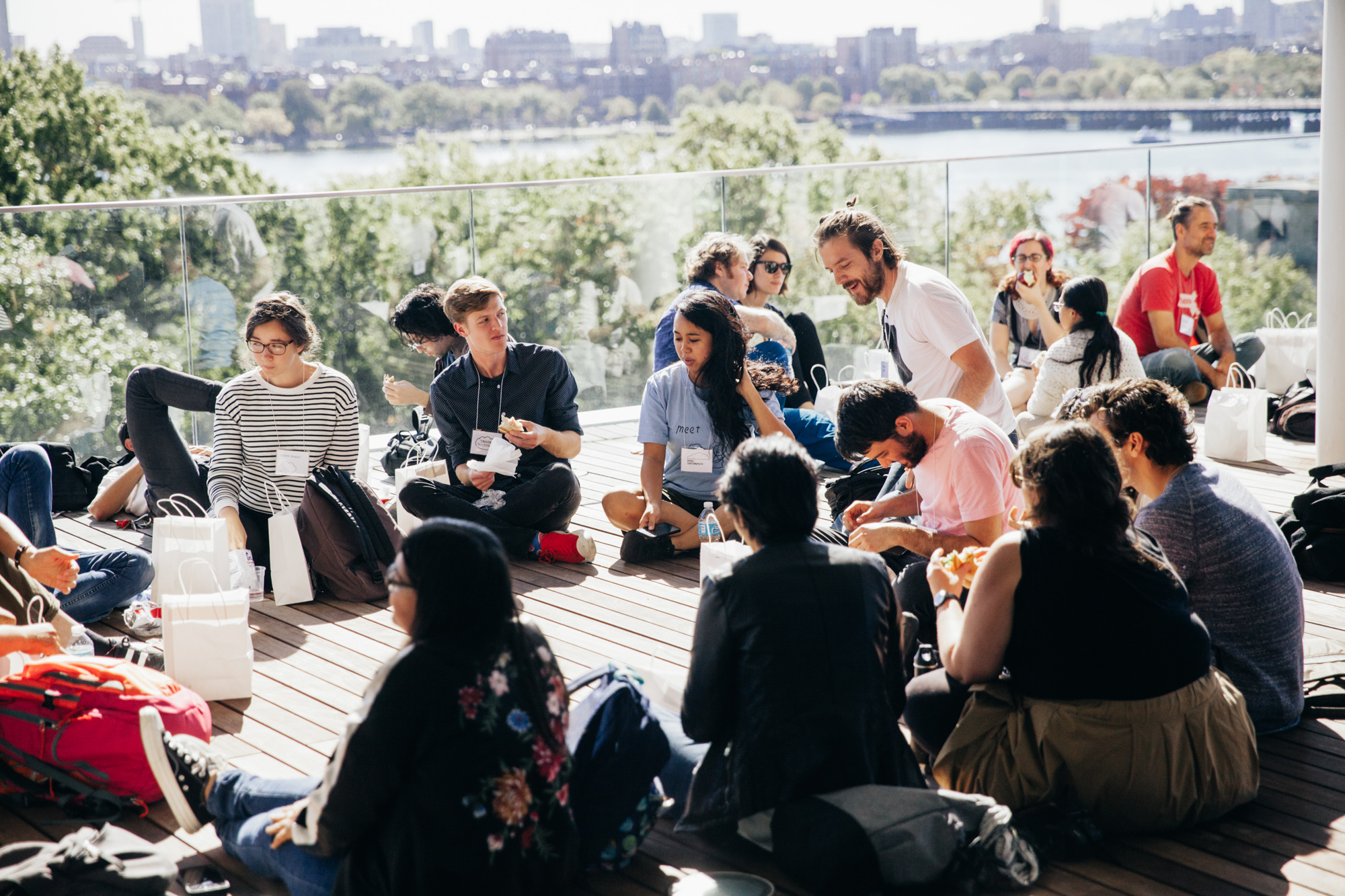 “Most essentially, Processing is about people. It’s about individuals and collective learning and exploration; it’s about sharing ideas and giving what you can.” —Ben Fry and Casey Reas

Processing itself has played a crucial role in the development of other programs, notably Wiring, Arduino, Processing.js, and p5.js.

Using the technology of open-source software, Processing offers a programming language developed specifically for artists while working to rectify disparities in access to code, perhaps the most important material available to artists today.