The main exhibition hall is located in the a historic former munitions factory, where 4,500 slave workers labored during World War II. Using Nazi-created databases, YoHa wrote software that would display the data associated with each worker, calculate their estimated lung capacity, then emitting a sound that would displace an equivalent volume of air onto the face of a seated viewer in the gallery. 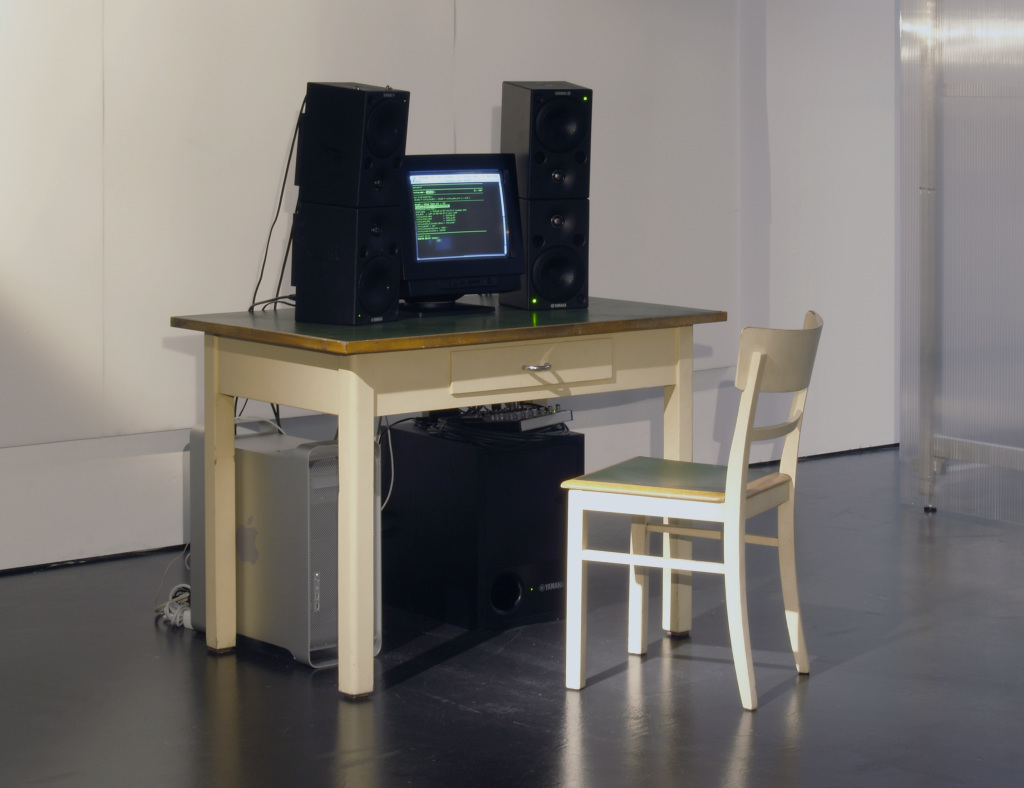 Lungs emerged, in part, from YoHa’s interest in creating a work drawing on the history of American inventor Herman Hollerith’s electromechanical punch card machines, which tabulated and summarized vast quantities of information.

“One problem we have at the moment is that we have these beautiful systems for collecting tax, these marvelous giant algorithms that are able to extract money out of our pockets. They have a great poetic... It is a huge and marvelous thing. It is a beautiful monster.” — Graham Harwood

Further, YoHa aimed to examine the fraught and troubling way IBM supplied the Nazis with technology aiding in the tabulation of information about and processing of the slave workers. 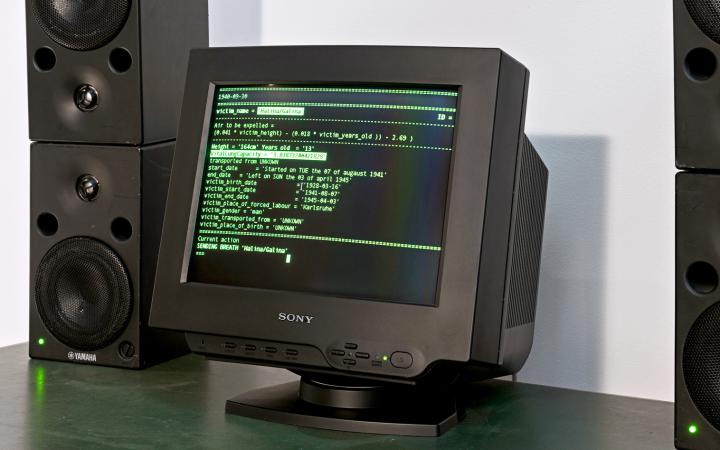 YoHa used computer records that had seemingly been reduced to data or dry statistical information to produce a more human experience and understanding of a social atrocity and its basis in data processing.

The work was produced for a 2005 exhibition at ZKM, “Making Things Public,” co-curated by philosopher Bruno Latour and Peter Weibel, and the records that it used were from the former munitions factory that had once occupied the building.

YoHa’s software would display each entry from the original database, representing statistics pertaining. Then, it would calculate the approximate lung capacity of each victim using their height, weight, and age, and trigger the playback of a unique recorded sound of a human breath.

In the original site-specific iteration, the sound was played at a specifically calculated high volume that would displace air equivalent to the victim’s calculated last breath. A a seated viewer would have the sensation of air being breathed onto their face with each sound.

Lungs builds on Harwood’s earlier code poem, London.pl (2001), in which he adapted William Blake’s poem London as a nonfunctional perl routine that apparently calculated the last breaths of children who died in the city since 1792, when the first version of the poem was written. 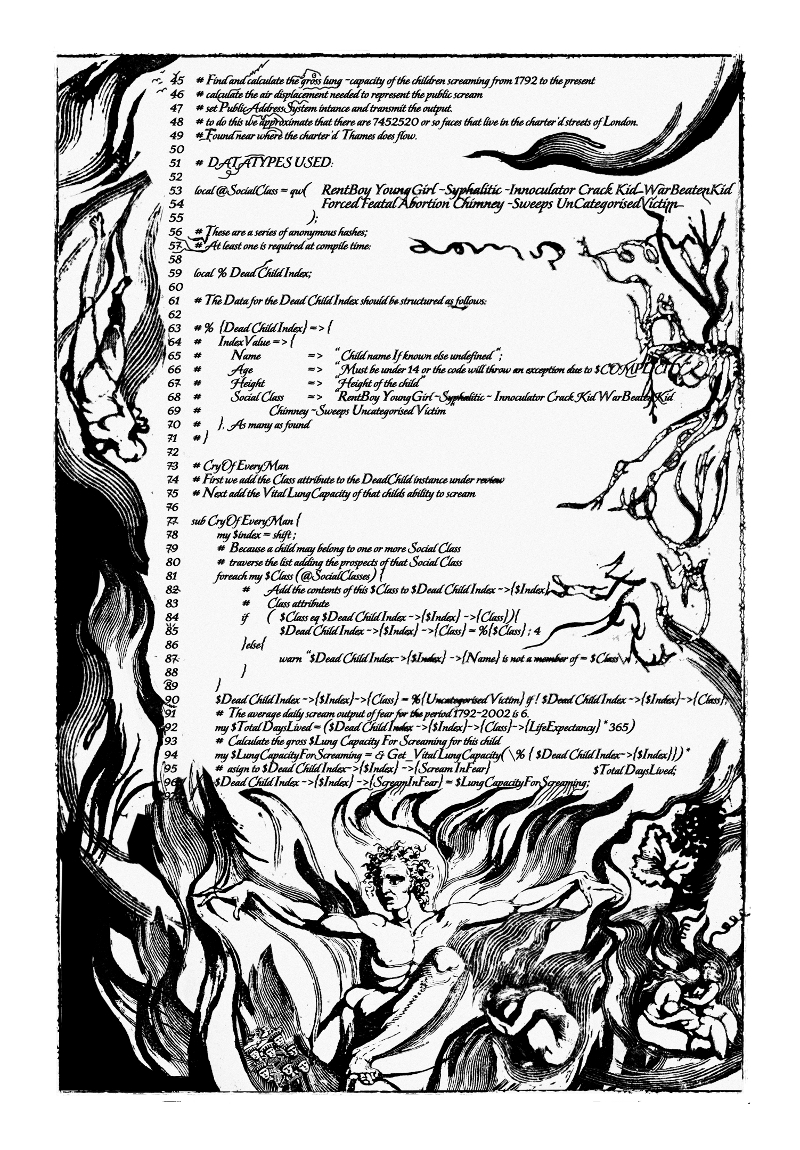 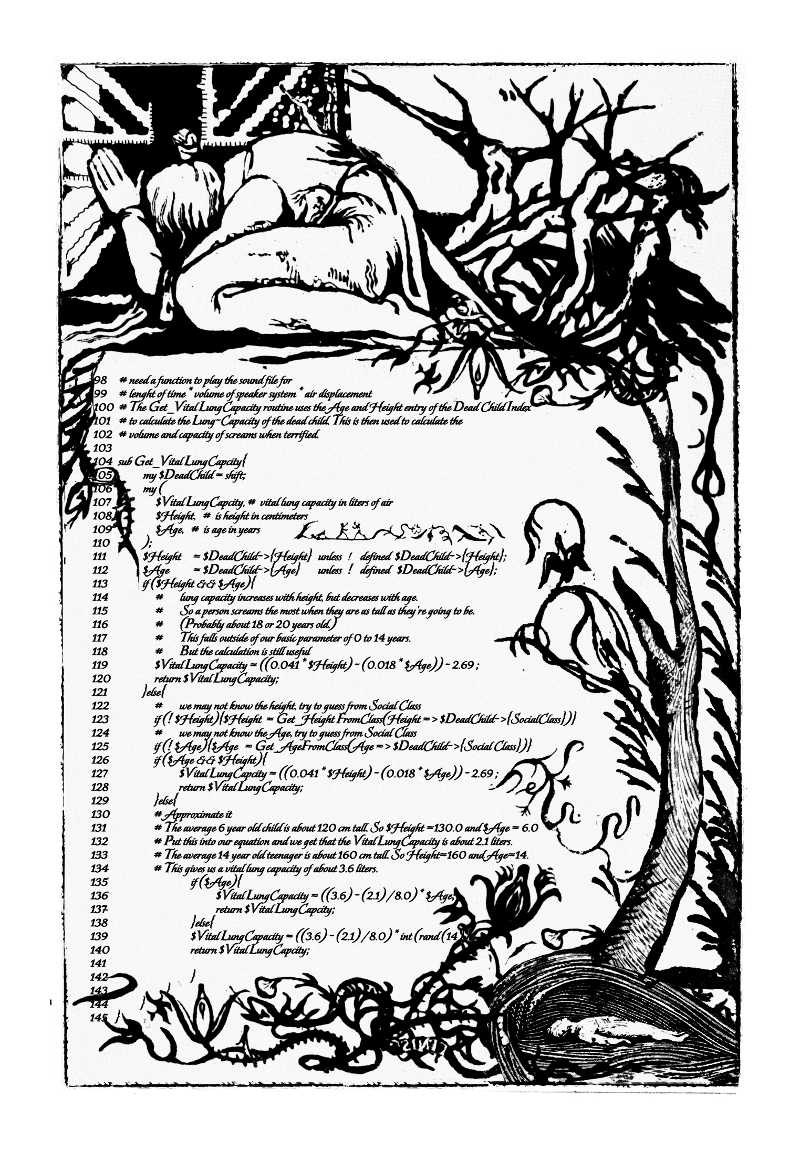 This body of work is often described as software art, which focuses in particular on code as material, rather than the network, but they are included in Net Art Anthology because of YoHa’s keen analysis of code’s role in organizing networks and data-gathering systems.