Netochka Nezvanova was a massively influential online entity at the turn of the millennium. An evolution of various internet monikers, among them m2zk!n3nkunzt, inte.ger, and antiorp, Nezvanova has collectively been credited for writing a number of early real-time audiovisual and graphics applications. She was also a prolific and divisive presence on email lists, employing trolling as a form of propaganda and as a tool for creative disruption—though, at times, users adopting the moniker also engaged in harassment and other destructive behaviors.

Among her most well-known pieces of software are the data visualization application m9ndfukc.0+99, which runs within a custom browser created for the app, and the realtime audiovisual manipulation tool, NATO.0+55+3d (which would later be repurposed as Jitter by Cycling ’74). Using data as raw material, these applications mined the artistic potential of noise, randomness, and the unexpected. 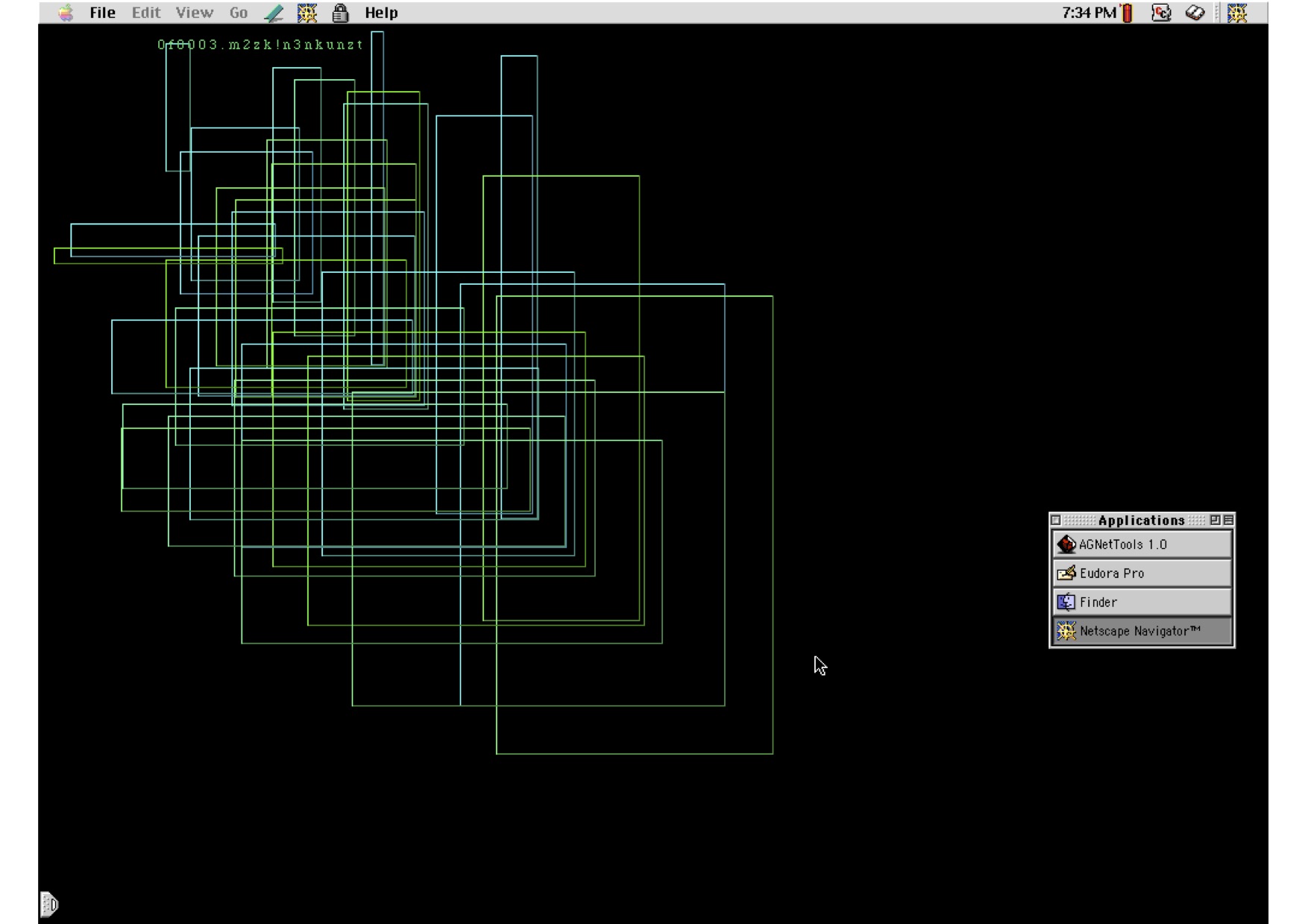 In spite of (or perhaps in service to) the many pieces of software attributed to this anonymous online entity, the singular lasting impression of Nezvanova has been rooted in her seriously anarchic attitude—in the elusive, yet public, persona that she carefully crafted as a hybrid, internet-based act of performance art.

Whether trailing code poetry across nettime mailing lists and online forums, or distributing software licenses at contentious fees to academics, Nezvanova was using information architecture itself as a medium. Often times, she would forgo the legibility of clean software design to produce unpredictable outcomes, and even reveal discrete truths.

"I have not been thrown off a mailing list.
I have been illegally transformed into a yellow flower.
A young girl one day found me, and with half closed eyes whispered:
Perfection,
Today you've peered in my direction."
—Netochka Nezvanova

As hacker or net prankster, Nezvanova was incredibly intentional in her actions. As a software writer, she was both an abstractionist and a progenitor.

One central strategy shared by many of these works was translating data and code from one form into another to generate unpredictable outputs, often in the form of stunning audiovisual manifestations.

This unpredictability was one facet of Nezvanova’s larger project, to serve as a provocateur of power relations and enfolder of information in the then-emerging digital culture.