A WordPress blog created by writer and curator Gene McHugh between December 2009 and September 2010, Post Internet was an exercise in art criticism as well as a performative work of art. The blog contended with many of the key issues of the early postinternet moment, in which artists contended with the internet’s increasingly profound effects on society at large and contemporary art in particular.

Post Internet embraced the network as form as well as subject matter. Through McHugh’s serial updates, punctuated by quotations and comments from readers, the blog engaged deeply with the internet’s increasingly significant effects on artistic creation and production, and on art criticism itself. 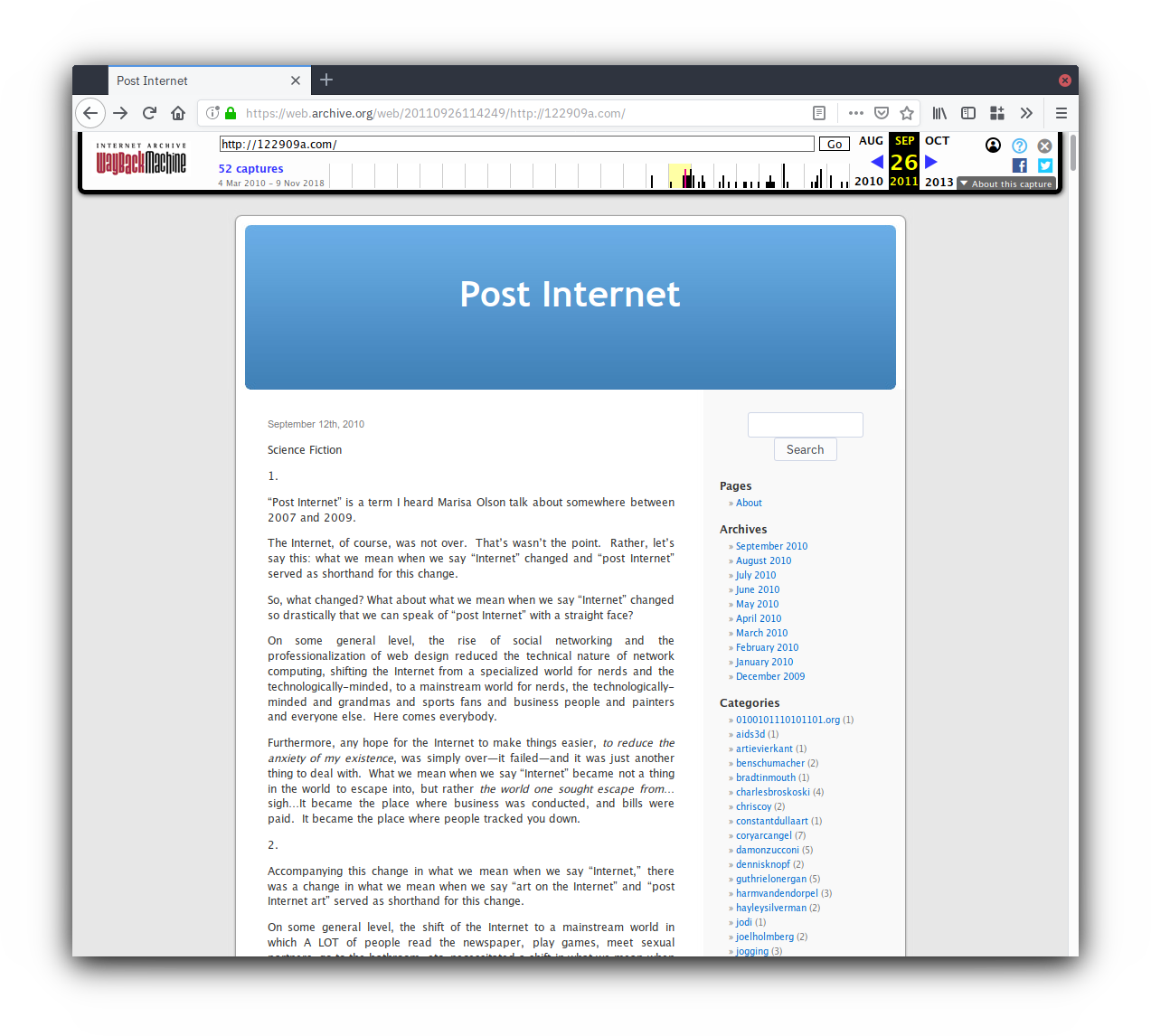 Parked at 122909a.com (the numbers refer to the date of McHugh’s first post; the significance of the letter remains purposely obscured), Post Internet aimed to analyze and discuss the intersection of the art and internet worlds, with McHugh’s own thoughts punctuated by text fragments from other writers, artists, and theorists.

McHugh used the blog to think through the implications of the internet’s increasing ubiquity, which meant that even artists who did not intend to make work on or about the internet were compelled to engage with it. This shift, associated with the rise of smartphones and social media, is often referred to as the postinternet moment.

The project was shaped by dual material constraints: WordPress’s stark default format and the duration of a one-year grant from the Creative Capital Andy Warhol Foundation Arts Writers program.

Posts were separated by date and did not use titles, images, or links. When the grant expired, the blog ceased to be updated. 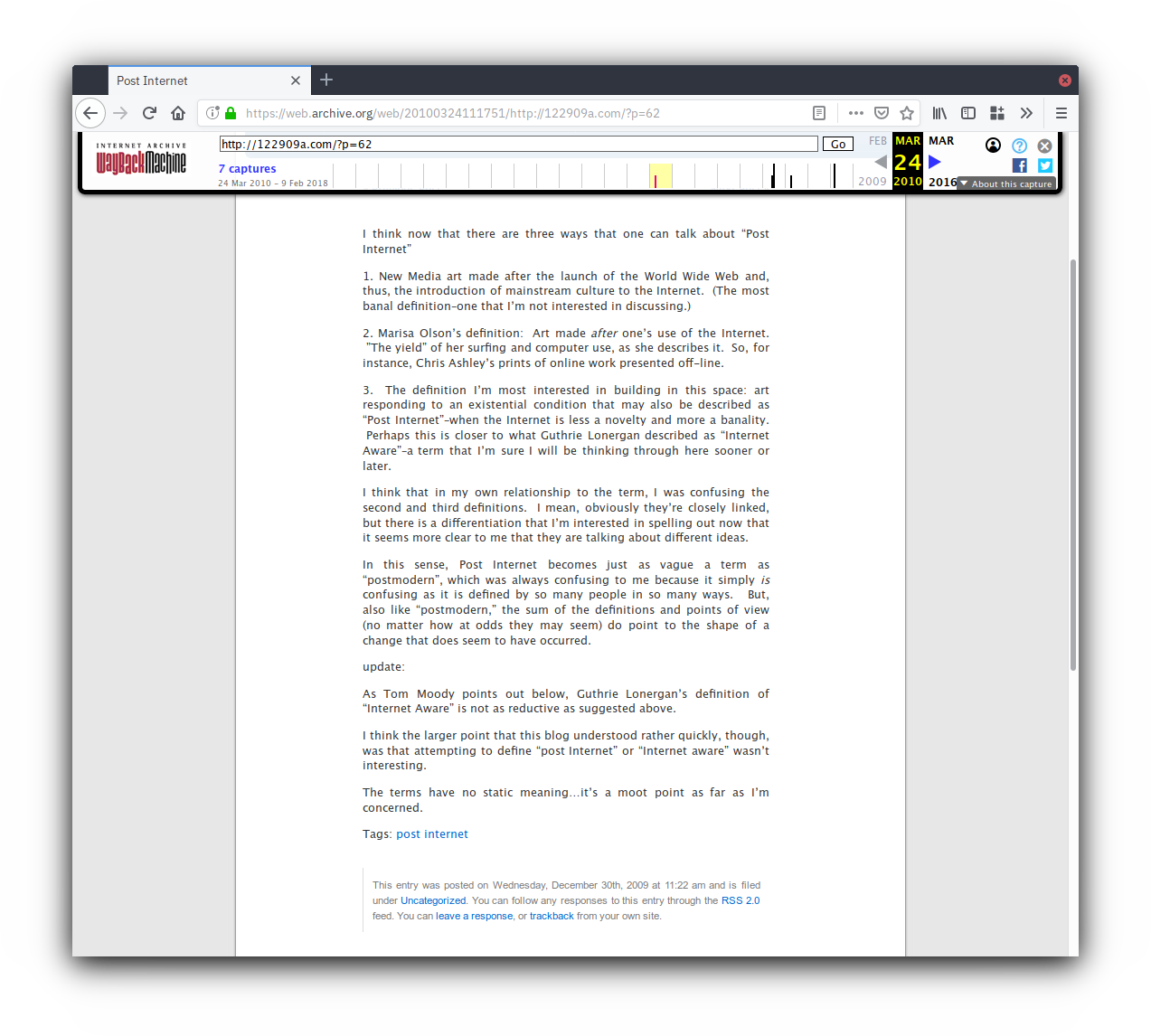 “Post Internet is not just a piece of beautiful criticism, as reading this book proves. It’s also, in itself, a piece of postinternet art in the shape of an art criticism blog.” —Domenico Quaranta

Post Internet exemplifies the blurred line between artistic production and its surrounding discourse that has long been associated with net art, from 1990s listserves to contemporary social media. It records the beginnings of a postinternet movement and initial efforts to develop a language around it, while embracing the network as both subject matter and form. 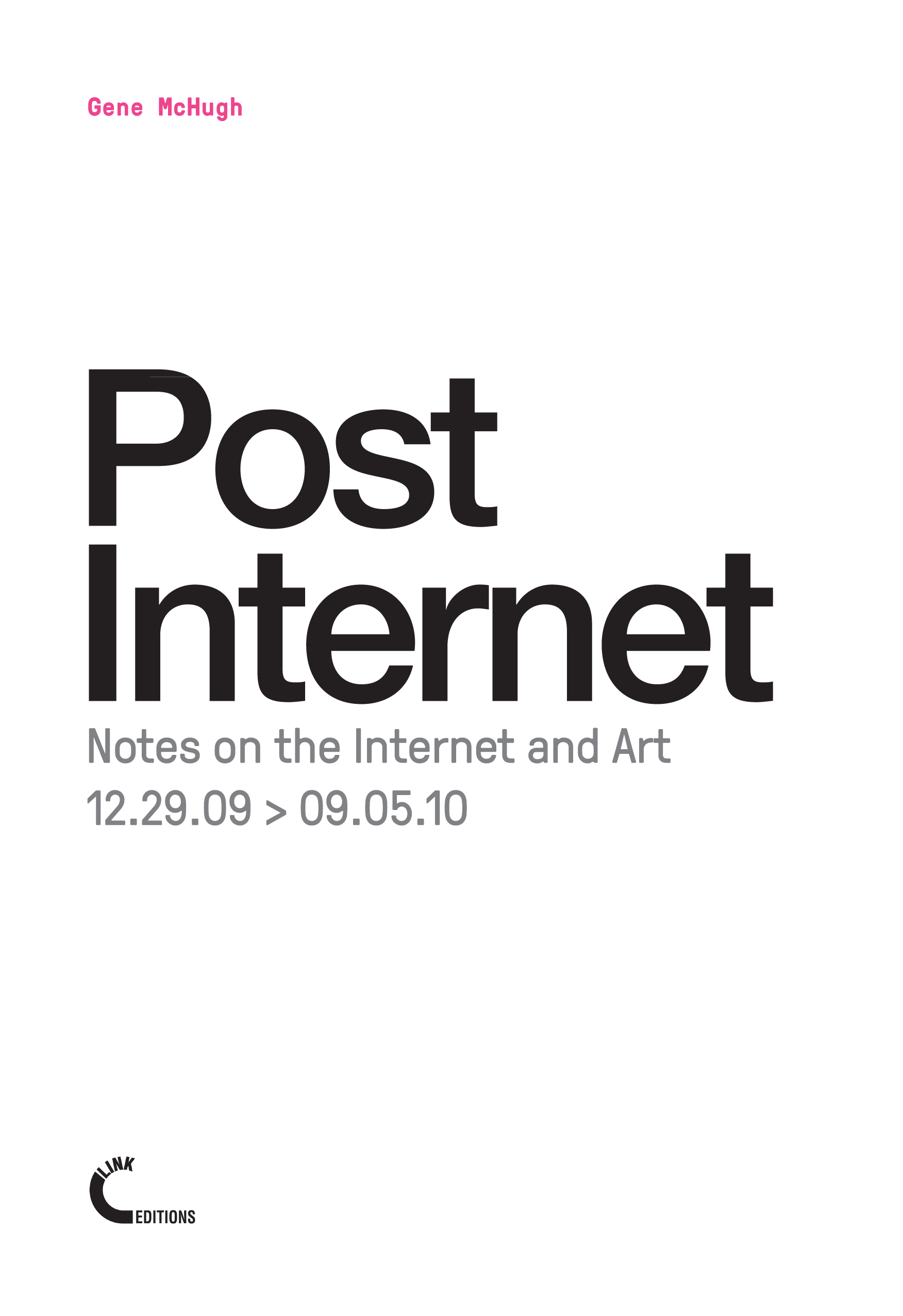