On September 6, 2001, Postmasters Gallery in New York opened a solo exhibition of three projection-based works by Wolfgang Staehle, each featuring a single, iconic architectural site—the television tower in Berlin, the Comburg Benedictine monastery near Stuttgart, and a panorama of the lower Manhattan skyline——with a stationary webcam transmitting a live image to the gallery in New York.

The webcasts were intended to be contemplative studies of place, but shortly after the opening, the latter work unintentially documented and presented the violent alteration of New York’s skyline in the attacks on the World Trade Center. The work is not shown on the web, but can be shown in gallery exhibitions as a 48- or 72-hour loop.

Untitled was exhibited at the New Museum as part of “The Art Happens Here: Net Art’s Archival Poetics"

“I am interested in what happens when nothing happens.” — Wolfgang Staehle

Untitled is an offshoot of Staehle’s earlier work Empire 24/7, which presented a live feed—capturing a still image every four seconds–of the Empire State Building in New York City from the New York office of The Thing, the online community founded by Staehle in 1991.

Empire 24/7 was shown at ZKM in Karlsruhe, Germany as a part of the 1999 exhibition “net_condition.”

“In Germany it was 1pm, and in New York it was 7 in the morning. I never saw that in New York. I’m never up at 7 am to watch the sun rise. In a way, this gave me an incredibly visceral experience of synchronicity, of the networking of the whole damn planet...This instantaneousness, this compression of space and time.” — Wolfgang Staehle

The unexpected tragedy of the World Trade Center attacks shifted the center of Staehle’s installation for many viewers. It became a record of collective trauma rather than a landscape study.

“Around noon that day in New York, my collaborator Jan Gerber and I went to the gallery to find two friends [nettime moderator Ted Byfield and art critic/hacker Blackhawk] sitting on the floor and watching the scene unfold. One said, “Oh, Wolfgang, this is a really important piece now.” I said, “What do you mean—it wasn’t before?” The other friend said, “No, it’s ruined now, its whole meaning is changed.” I said, “You’re both nuts.” I just set up a camera, and of course things can happen.”

The work can be understood as a harbinger of major shifts in image culture. Staehle’s interest in documenting scenes of everyday life aligned with the emergence of a “record everything” mentality that was fueled by newly available digital tools. 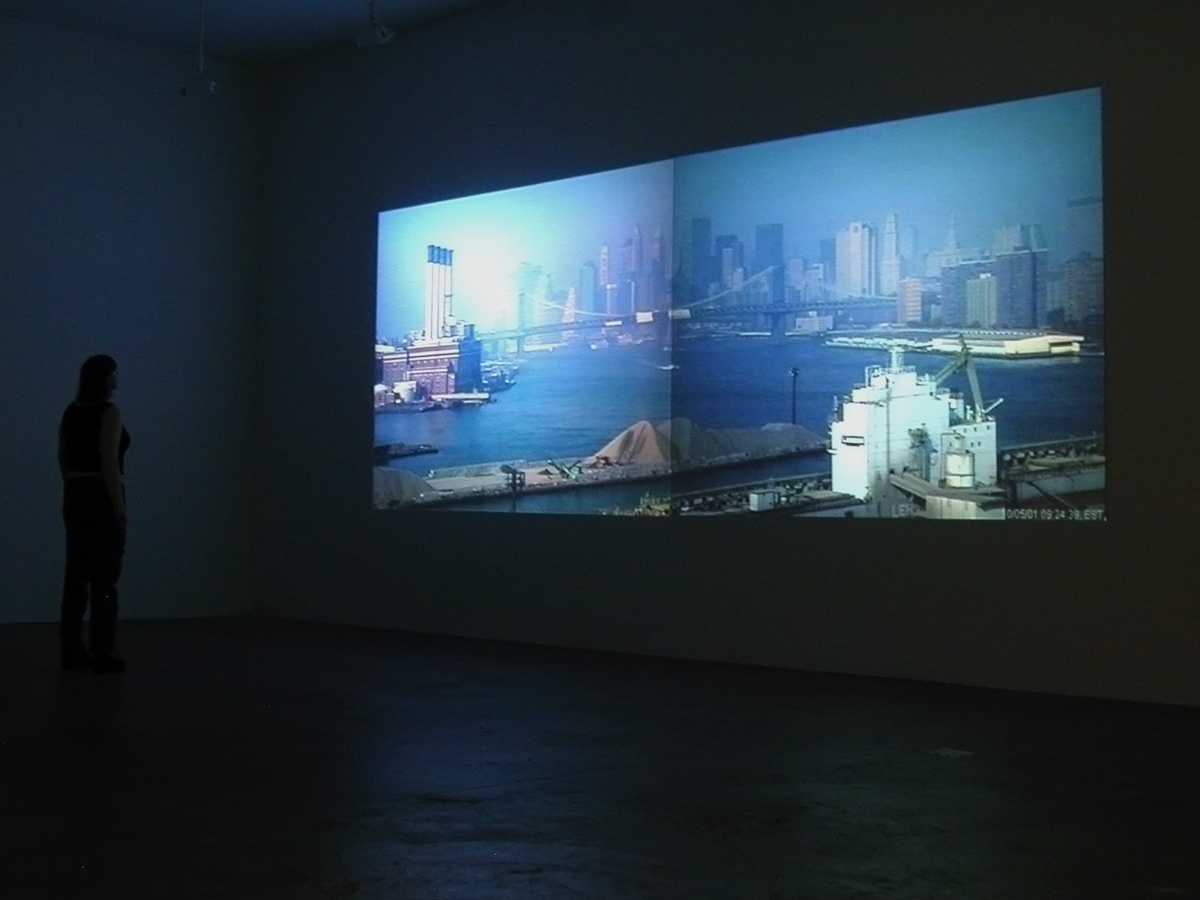 Untitled can now be read in relation to the kind of archival narratives that result from the increasingly exhaustive documentation of everyday life, in which human tragedies are often recorded by the detached gaze of automated systems.

Staehle made use of such a system, finding within it a possible strategy for facilitating artistic inquiry and aesthetic contemplation in a conditions of increasingly ubiquitous connectivity.