Captured on QuickTime’s screen recording function, Contra-Internet Inversion Practice #1: Constituting an Outside (Utopian Plagiarism) follows a user as they cut, paste, and edit snippets of critical theory. The work is soundtracked by Le Tigre’s raucous “Get Off the Internet,” which plays in a separate iTunes window, and a computer-generated voice recites Blas’s altered text.

These alterations, performed using the find and replace function in a TextEdit file, are largely limited to the replacement of “capitalism” and its variants for “internet,” and “economy” for “network”. The new text—a piece of “utopian plagiarism,” according to its title—translates calls for imagining an outside to capitalism into imagining new networks, expressing skepticism of the claim that alternatives to hegemony do not currently exist.

“In our dreams we have seen another network, an honest network, a network decidedly more fair than the one in which we now live.” 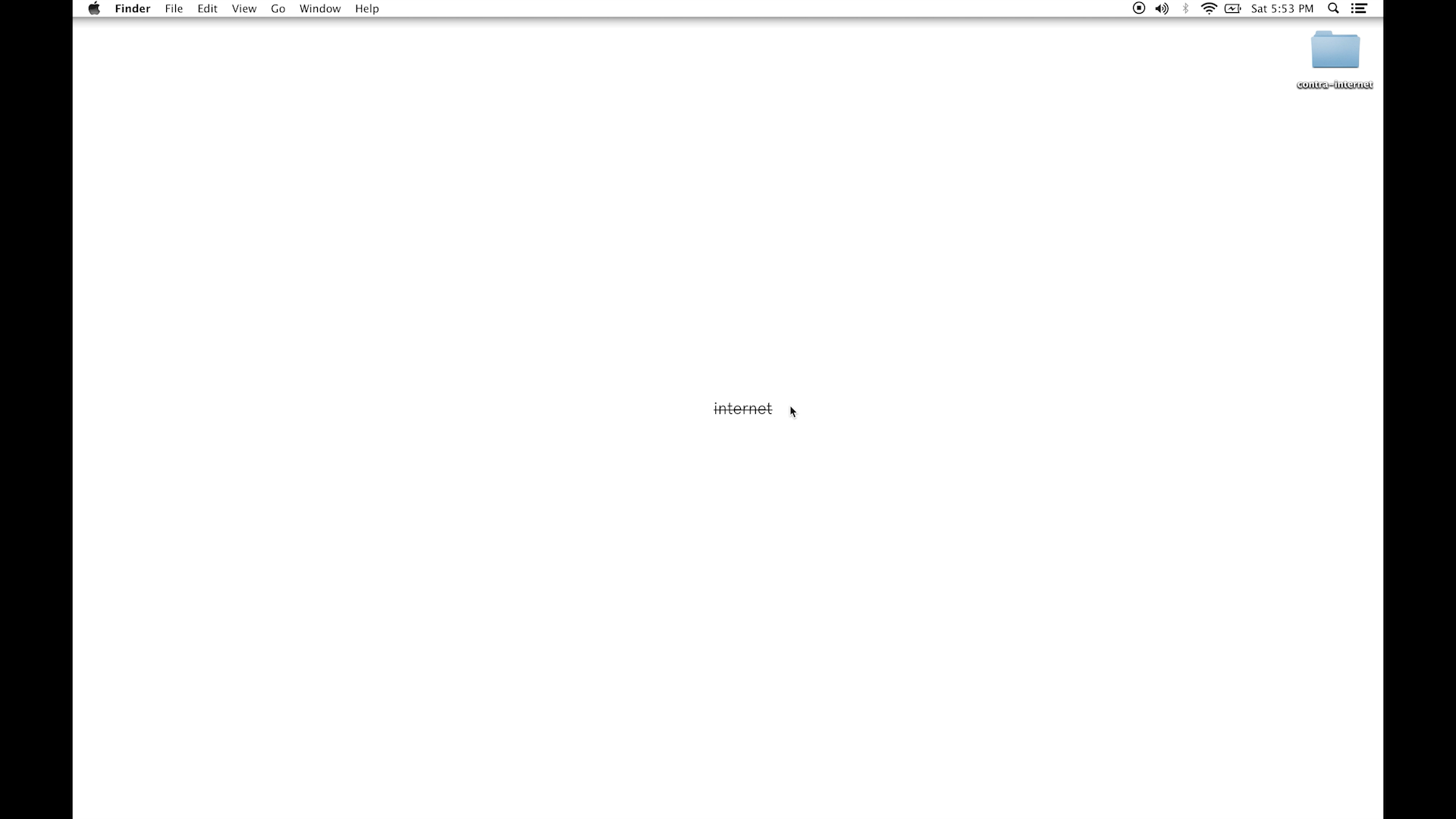 Blas’s articulation of the idea of “Contra-Internet” as a political and artistic position has developed since 2014 into an expansive and still-growing body of work that includes a feature film, a performance-lecture (which was commissioned by Rhizome), several texts, GIFS, and sculptural works.

Contra-Internet Inversion Practice #1 is the first in a series of three works that use screen-capture videos with pop music accompaniment to document possible strategies for resistance to the internet.

For this work, Blas draws source material from texts such as Paul B. Preciado’s Manifiesto Contrasexual, Fredric Jameson’s The Cultural Turn, J.K. Gibson-Graham’s The End of Capitalism (As We Knew It), and the writings of Subcomandante Marcos, a leader of the Mexican Zapatista movement, all of which appear in the video as PDFs, presumably downloaded from the internet. 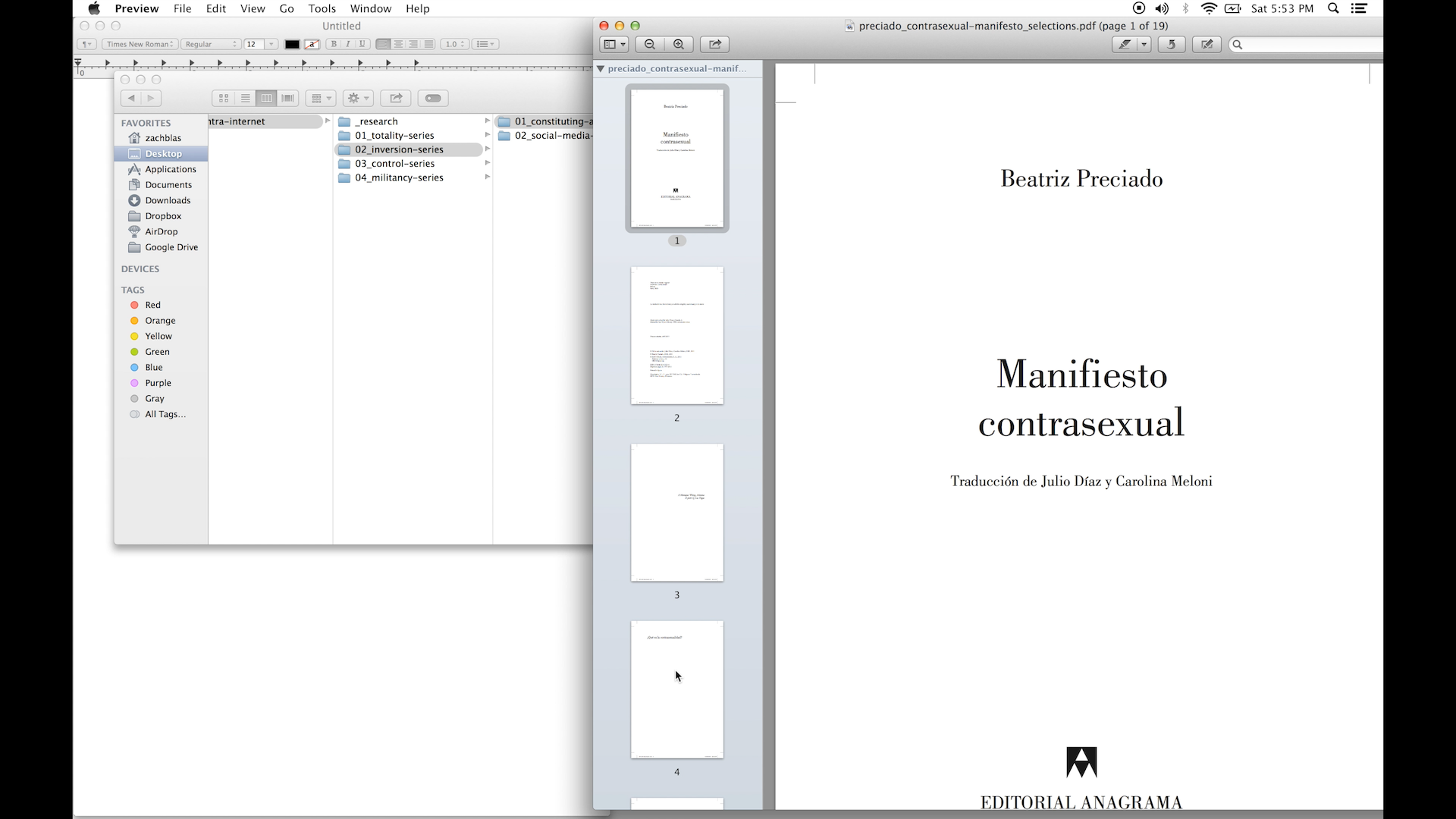 ”Blas’s work pitches plagiarism and recombination as necessary forms of collective political action today. It encourages us to begin to imagine, desire and strive for alternative networks that can sustain alternative futures, harnessing the utopianism that is written into the manifesto as a literary form and updating it for the digital age.” — Robert Leckie

Formally, Constituting an Outside (Utopian Plagiarism) expresses an ambivalence inherent in its argument: performed and recorded in real time on a computer running Apple’s macOS, the performance has a sense of transparency—one can even see the user’s tidy iTunes playlists and folders—while operating within a system with limited choices, developed for profit. Using these tools to recite a manifesto against web hegemony, the work allows the imaginary of new forms to remain indeterminate.