Siebren Versteeg’s Daily Times (Performer) is one work in a series of an algorithmically generated compositions based on the New York Times’ front page. Each morning, in tandem with NYTimes.com’s daily update, a scan of the print edition of the day’s newspaper is automatically downloaded and displayed on a free standing flatscreen. Versteeg’s software begins to render a painterly abstraction on top of the scan, stroke by stroke, continuously developing until the next day’s edition is ready.

By reducing front-page news to purely aesthetic information and offering painterly gestures in response, Daily Times (Performer) misreads the news by design, pointing to the inherent malleability of online information and its openness to multiple interpretations.

Each morning, Versteeg’s program downloads a digital scan of the front page of the New York Times and displays it on a free-standing LCD monitor.

From there, the program slowly responds to the particular colors and composition of the day’s newspaper layout.

“Daily Times resonates with the media’s pacing of global events, macro-communications that often garner our attention for a moment, and then wash away.” —Siebren Versteeg

Using the paper’s serif headlines, rich photography, and columnar paragraphs as a jumping-off point, a seemingly endless array of hues, brushstrokes, and line tracings begin to layer across the screen, obscuring its text and imagery.

By the evening, the original news source is obstructred, almost obliterated by the thick, dripping swaths of generative digital paint. 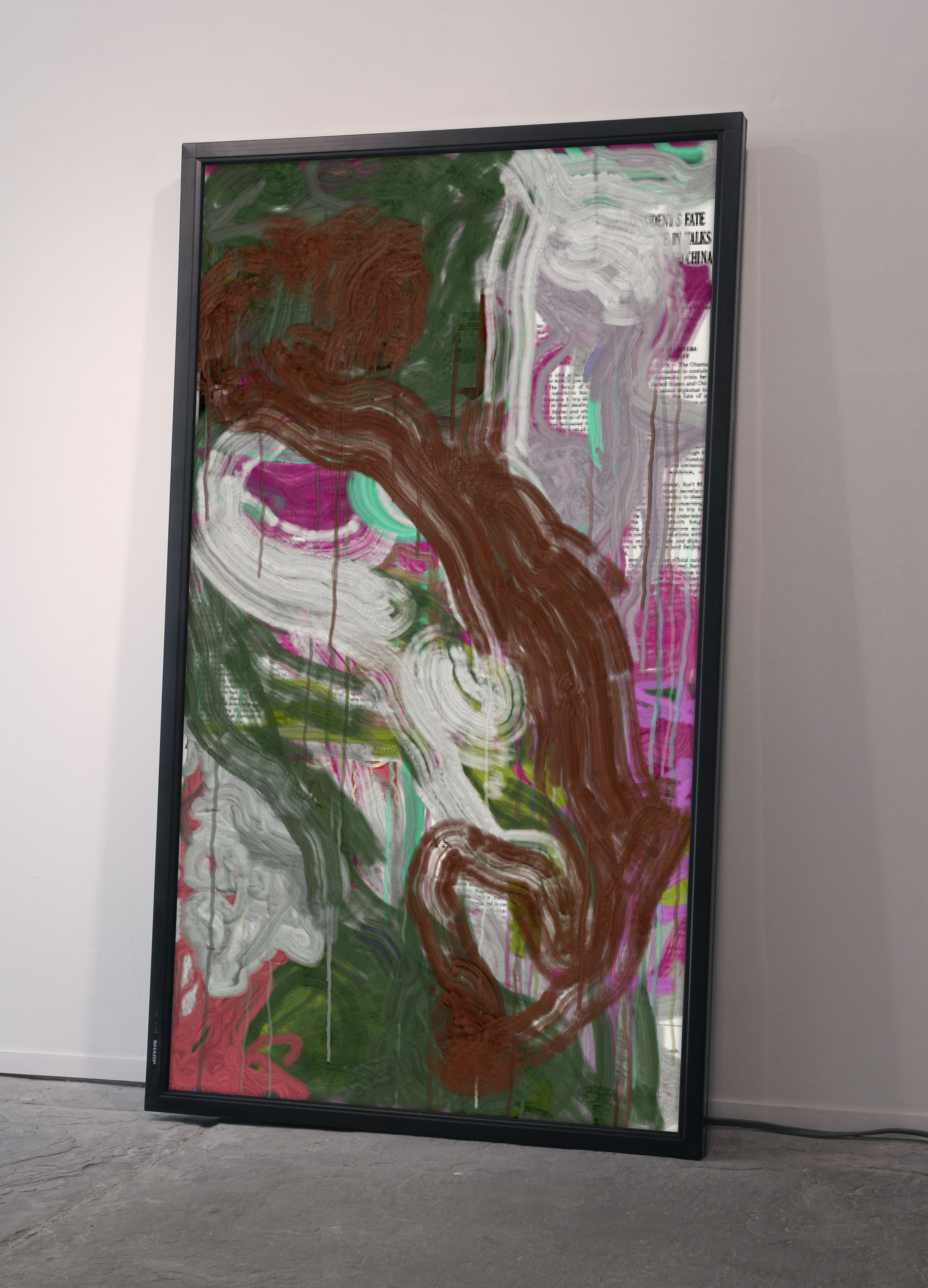 “The (digital pursuit of the) paint stroke for me becomes indicative of an impossible quest to encode the infinite. It’s become a self-imposed methodology to try and think about the world in a phenomenological way.”

The work extends questions of authenticity and fidelity also to painting itself: it is an uncanny, disembodied replica of the painting process, densely layered with carefully rendered brushstrokes such that it becomes impossible to locate where the distinction between this bot-made painting and an authentic work of art might lie, if anywhere at all.