Youth Mode: A Report on Freedom

Best known as the progenitor of Normcore, K-HOLE’s Youth Mode: A Report on Freedom was the art collective’s fourth experimental trend forecast, a PDF modeled on the reports often commissioned by businesses to help them anticipate changes in consumer taste or other factors.
Taking up the problem of identity in a postinternet society through this format, K-HOLE concluded that, as the possibility of real uniqueness grew vanishingly small (the result of a phenomenon they termed “Mass Indie”), blending in with the crowd would become a signifier of freedom.

Indistinguishable in its language and visual style from the work of a corporate agency, Youth Mode: A Report on Freedom exemplified the late capitalist symbiosis between branding and individual subjectivity. Yet careful reading of this parafictional piece of market research yields a potent political message, a revolt against fashion trends and the idea of glamor in favor of a commons—an egalitarian social body with real political power. 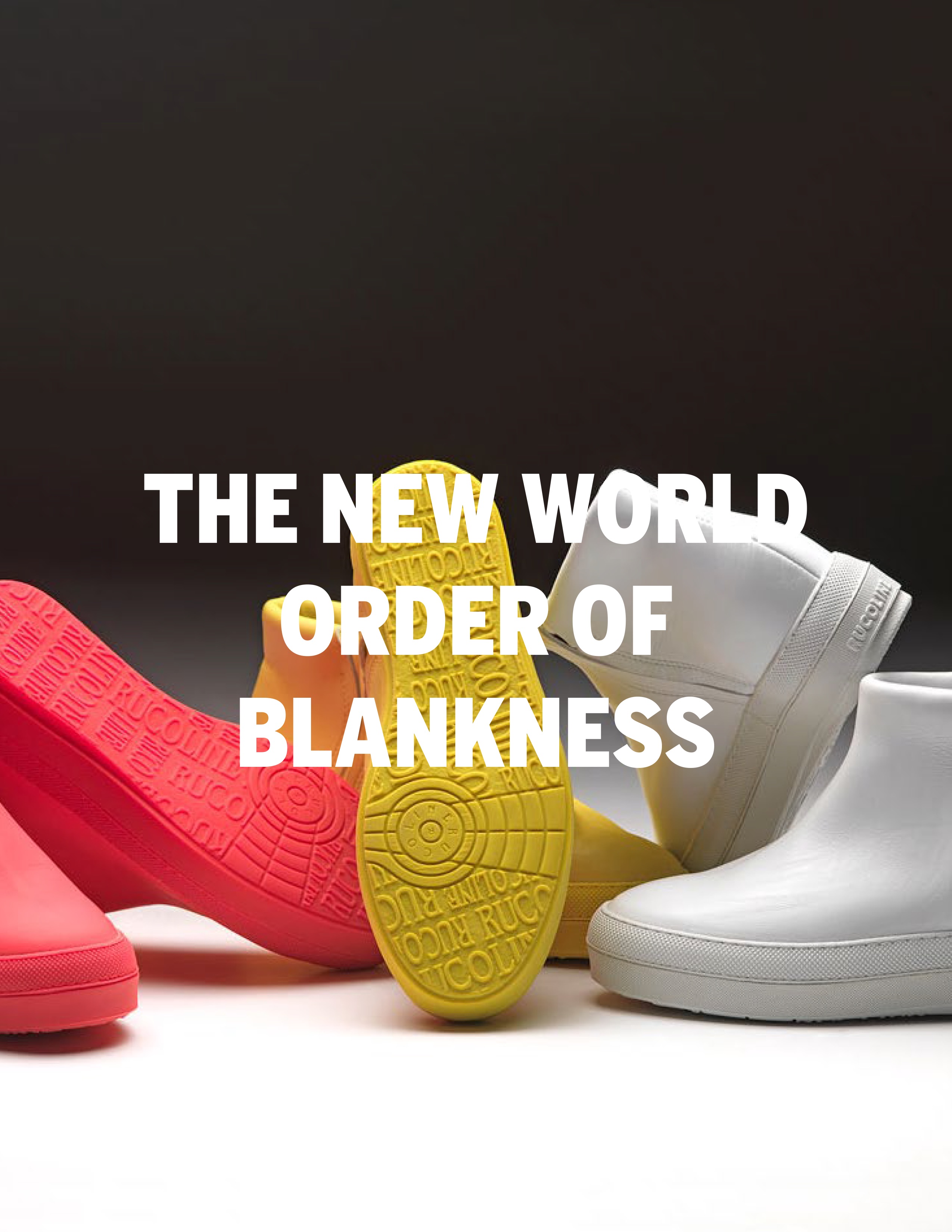 The texts, in tone and visual presentation, took after corporate advertising, but their content was a mixture of pop culture commentary and critical theory. 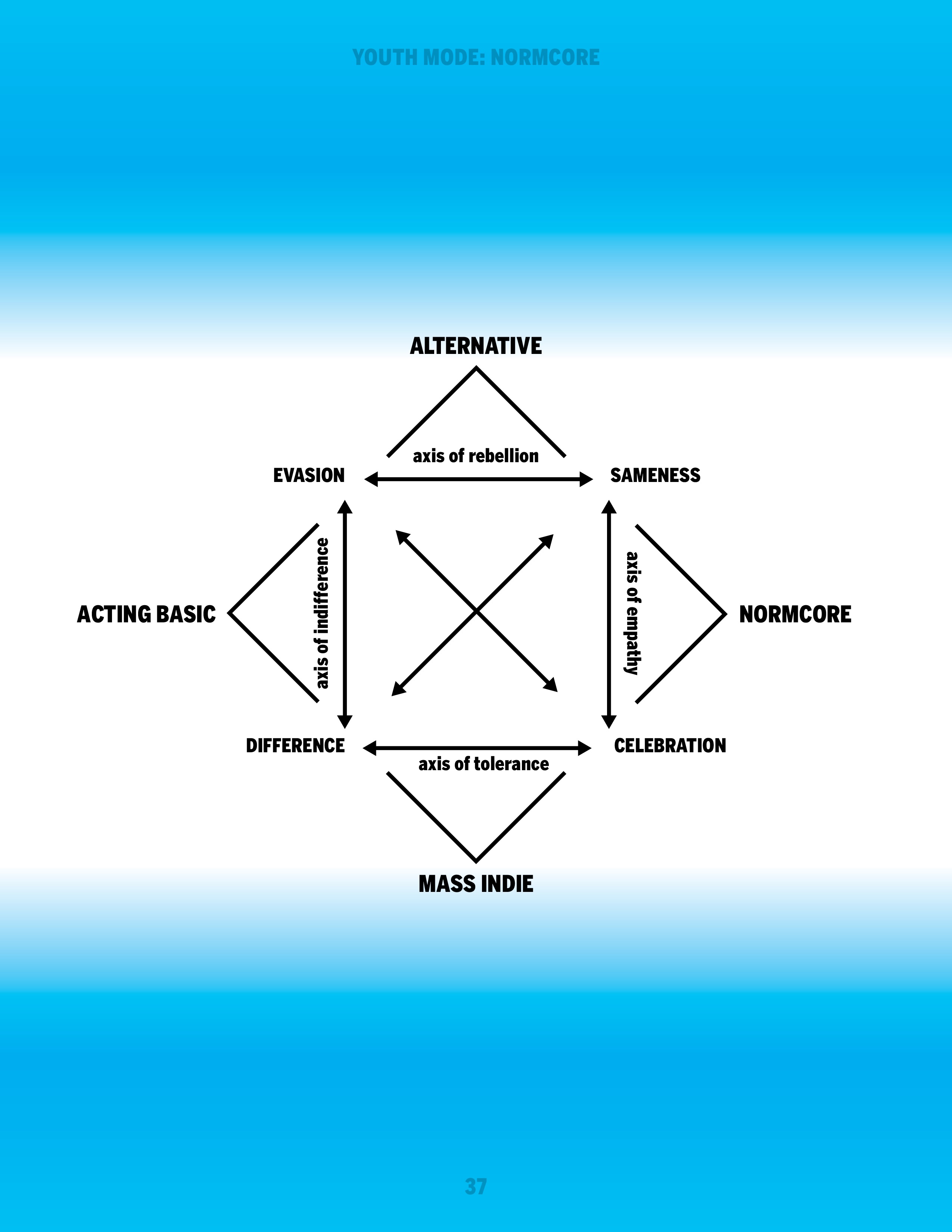 “Youth understands freedom with limits—that being adaptable is the only thing that will set you free.. .”

The sentiments put forth in the group’s fourth release, Youth Mode: A Report on Freedom were also applicable to the growing gig economy, the disappearance of boundaries between professional and private life, and the deferral of traditional milestones of adulthood— homeownership, parenthood, financial stability—due to millennial economic precarity. 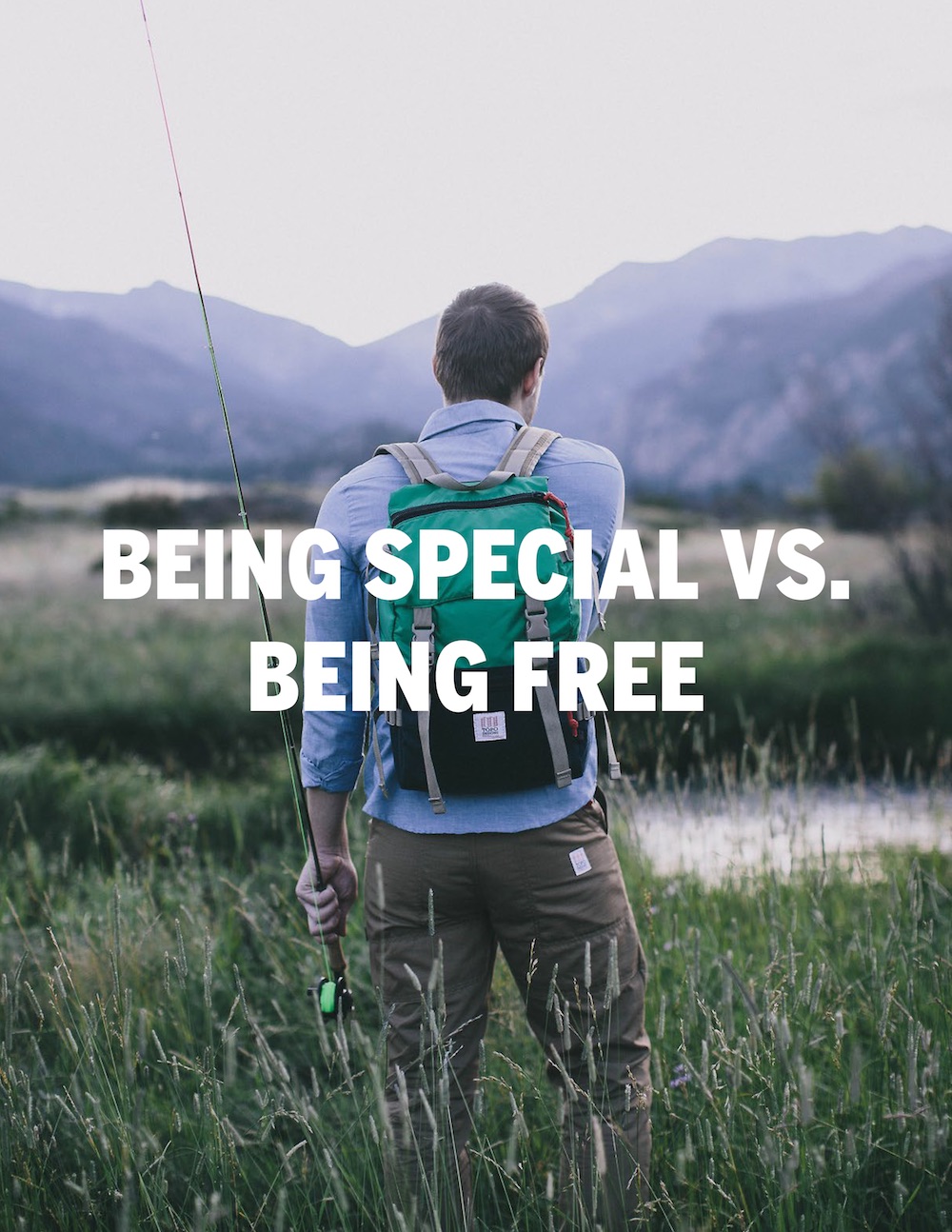 K-HOLE #4 had unanticipated effects as it circulated in popular culture and fashion. Normcore as a strategy to blend into any context was widely confused with a distinct concept articulated in the report: “acting basic,” or conservatively embracing mainstream generic taste.

Ironically, K-HOLE’s report thus generated a windfall for the previously unfashionable brands associated with this narrow idea of mainstream fashion.