Devin Kenny’s Untitled/Clefa was a performance work that was staged only once, in Mexico City in 2013. The performance was a re-enactment of a popular meme that was circulating on Tumblr and other platforms, called “trayvon-ing” — after Trayvon Martin.
Embodying the tasteless viral phenomenon, which made light of Martin’s murder at the hands of George Zimmerman, Kenny’s performance commented on the public’s growing interest in anti-black violence, as well as on methods of image circulation on and offline. By directly embodying the disturbing meme, Kenny foregrounded his own position in his object of critique — the online circulation of images of anti-black violence.

Read an interview with Devin Kenny 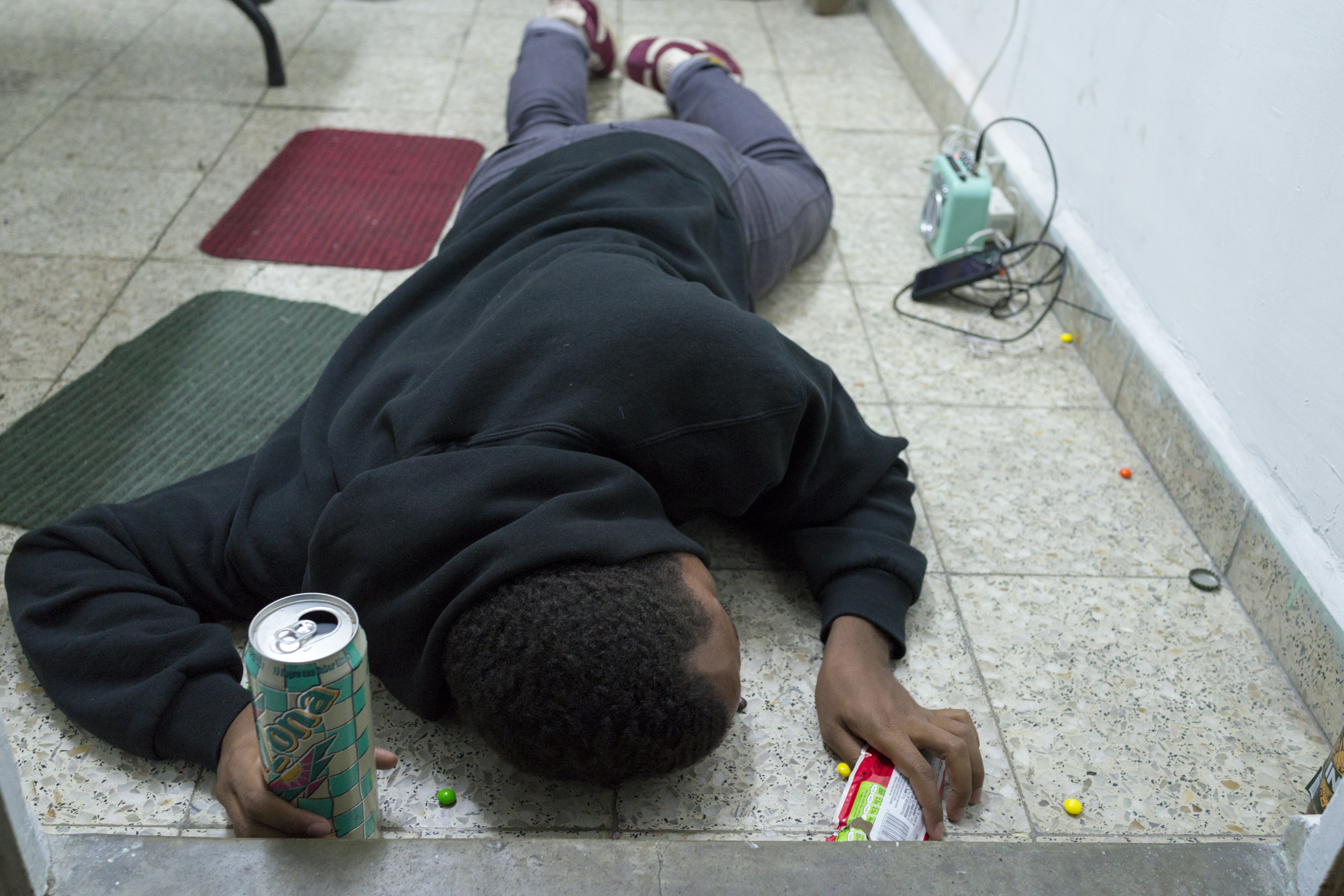 In February 2012, seventeen year old Trayvon Martin was murdered by George Zimmerman. His death quickly became a galvanizing force in the national debate around anti-black violence. Zimmerman went to trial in the summer of 2013.

Between the time of Martin’s murder and the trial, an online photo fad emerged called “trayvon-ing,” which found mostly white teenagers posing face down on the ground in a hoodie, with Skittles and Arizona iced tea nearby; the arrangement mocked the details of Martin’s death. Martin was known to have been on his way back from a local 7-11 with these same items in hand at the time of his murder.

The “trayvon-ing” trend circulated on social media platforms like Facebook and Tumblr. A “trayvon-ing” Facebook page defined “trayvon-ing” as “when you get a hoodie, get skittles, get Arizona, wear hoodie, go to Florida and get shot.” 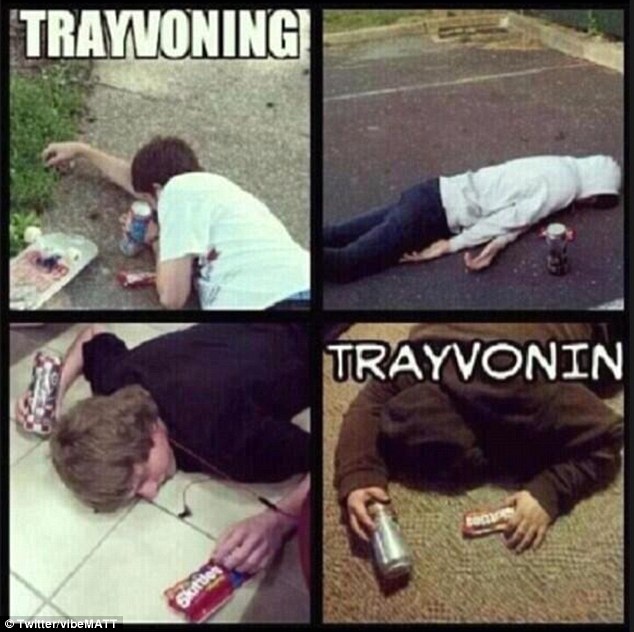 The meme appeared to be one of a number of spin-off photo fads that emerged in response to “planking.” Other postures, including “tebowing” (dropping to one knee) and “owling” (perching like an owl), would likewise be performed in unusual or dangerous spaces, photographed, and circulated online. 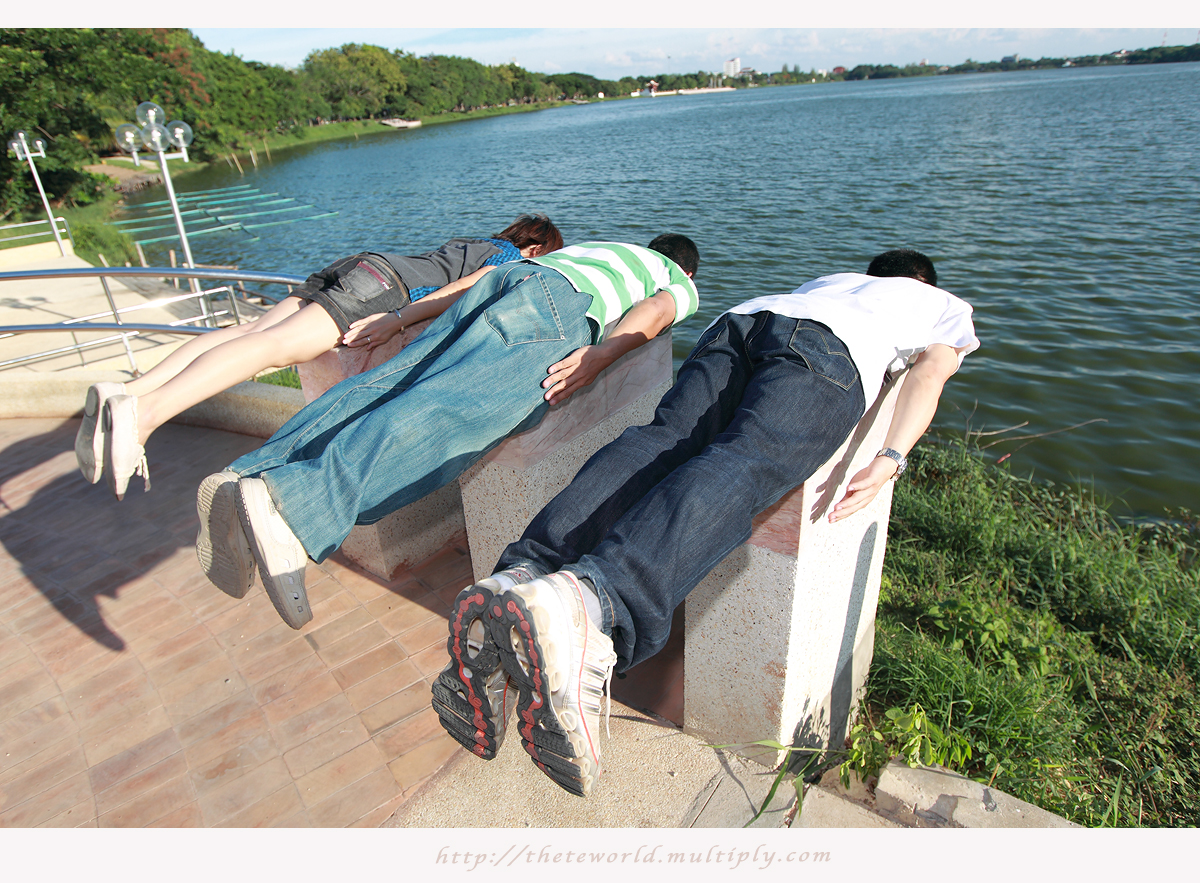 Untitled/Clefa (2013) ruminates on the insensitive “trayvon-ing” trend. In the performance, Kenny collapsed onto the floor wearing a hoodie and holding Skittles and an Arizona iced tea. Once on the ground, in “trayvon-ing” position, Kenny remained frozen in this position for the duration of the song “Versace” by Migos feat. Drake, played on a loop three times. 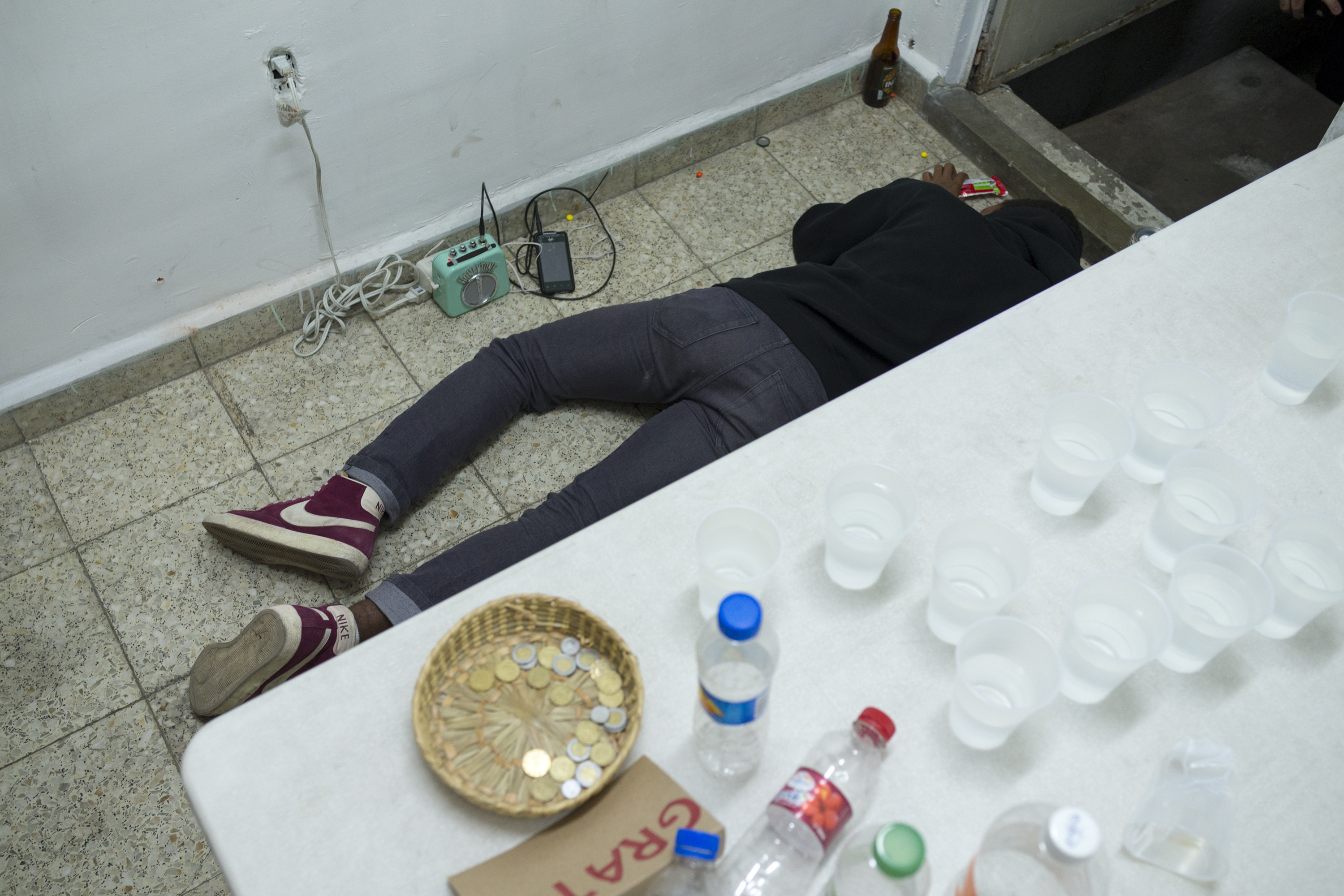 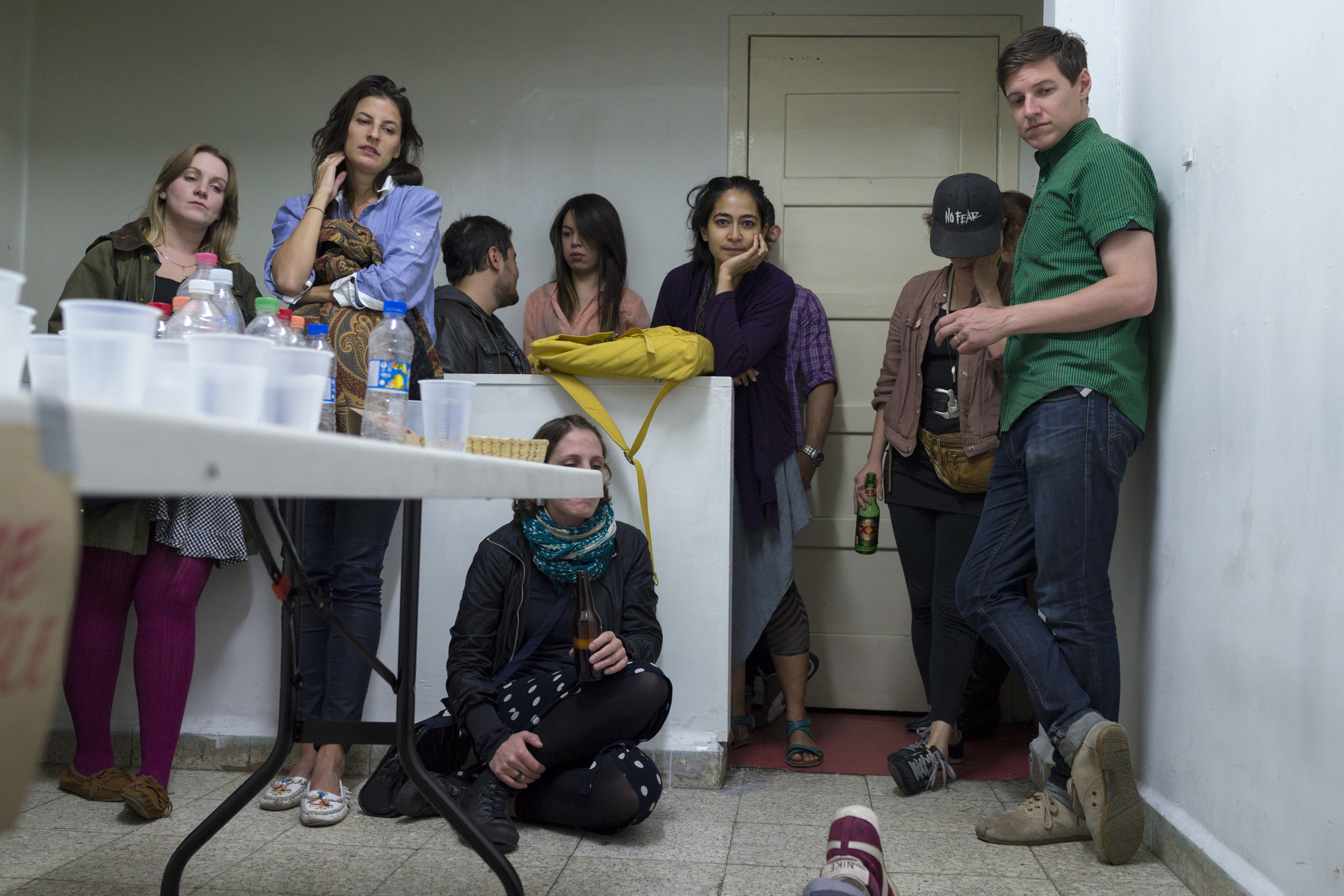 “I wanted to take an image-creating practice that was circulating online, and a) slow it down and b) charge it differently by having it happen in real time.”

The performance reenacts the reenactment and translates the form of a “trayvon-ing” photo into live performance. Not only this but Kenny also reinserts the black body into the meme, complicating the relationship between mimicry and parody.

“I’m interested in this notion of implicated critique, where the critic tries to understand their place within the thing that is being looked at or analyzed rather than seeing themselves as being an entirely separate, objective entity.” – Devin Kenny

Untitled/Clefa also grapples with critique as a practice at large, asking what might be the most effective mode through which to critique anti-blackness. Kenny experiments with embodiment and repetition as a means of critique here, showing the thing in excess instead of commenting on why it should not be shown. 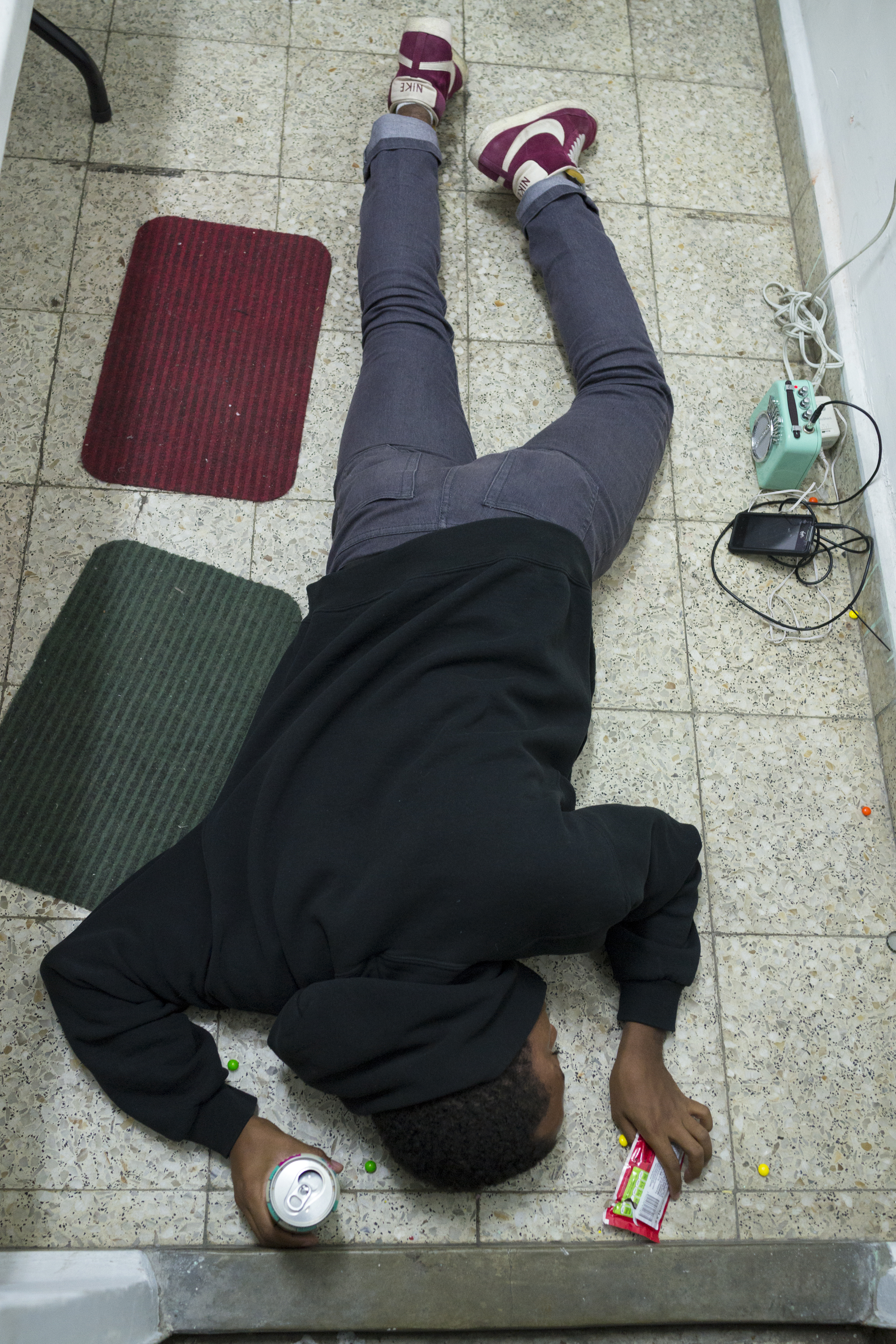 The performance precipitated a conversation around black death and image circulation that would come to a head a few years later with the rise of video documentation and live streams of police brutality. Ahead of this, Kenny’s Untitled/Clefa looks at what it means to circulate images of and, in effect, reperform anti-blackness.