Van den Dorpel then reviews the results, excising some aesthetic expressions and encouraging others, like a breeder selecting favorable traits; some images are also produced physically for gallery exhibition. Even in physical form, the works resist classification as singular objects: transparent, layered, and fluid in composition, they appear as frozen moments from larger dynamic systems and ecologies. 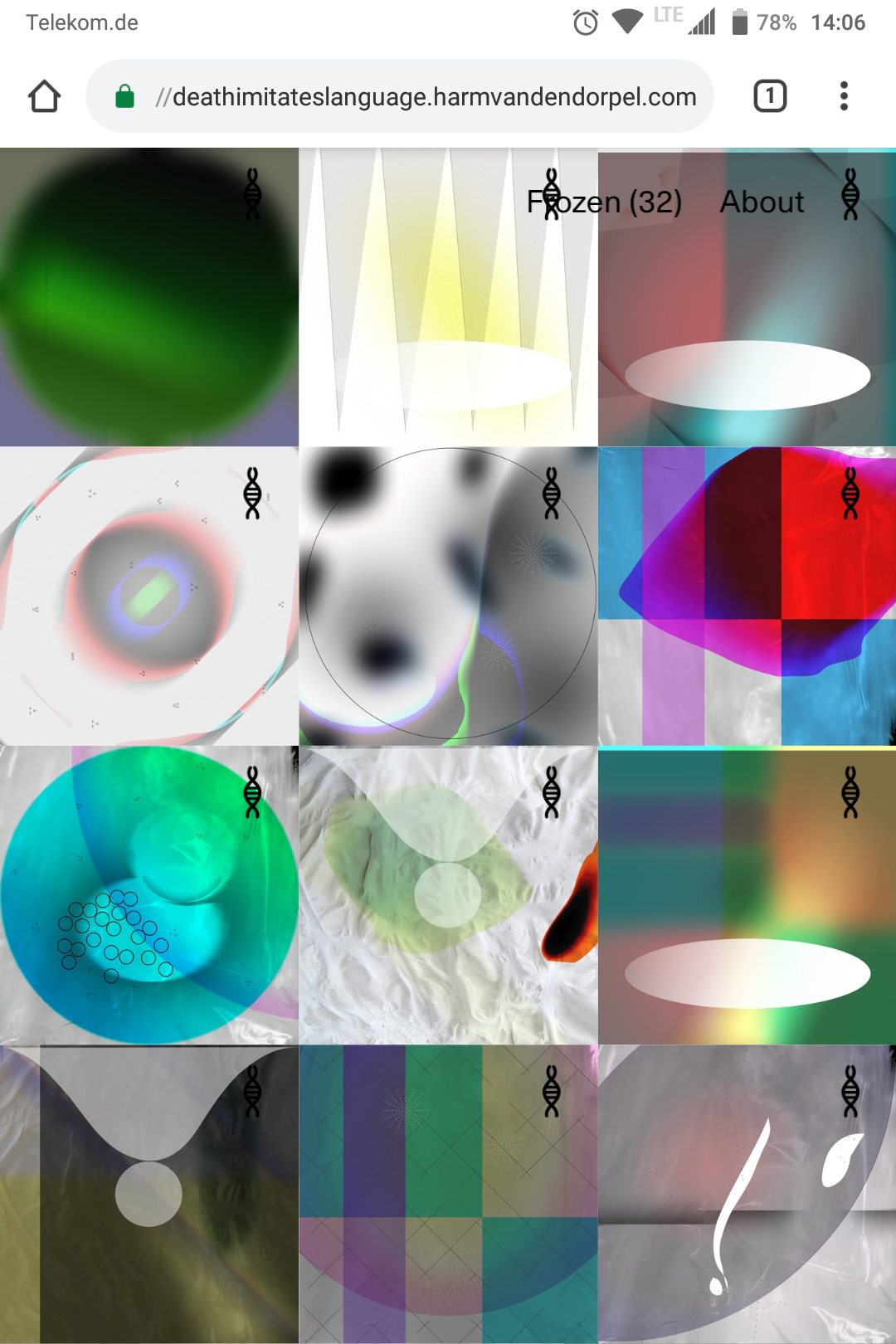 “I’m trying to make systems that reverse engineer my implicit or unconscious ideas of what I want to achieve.”

Genetic biology serves as the organizing metaphor of Death Imitates Language. According to van den Dorpel, the system generates images “by inheriting sequences of information—a sort of DNA—from its ancestors.”

On the project website, clicking on a double-helix symbol hovering over each painting calls up an ID card that lists aspects of this DNA: the specimen’s name, its “parents” (linked by a heart icon), age, view count, and pedigree-related tags including “only child,” “3 siblings,”“8 children,” and “virgin.” 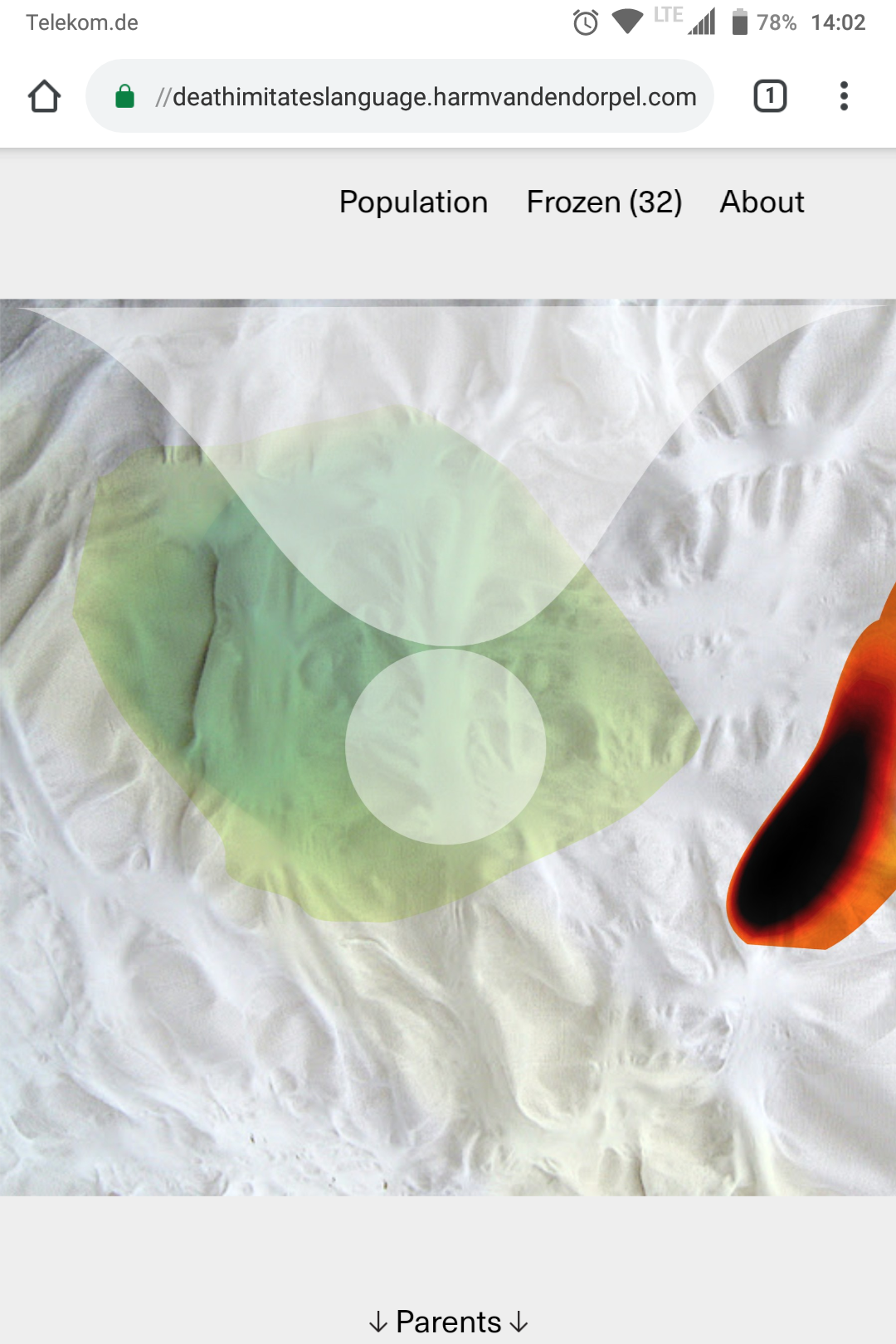 Once van der Dorpel determines that a painting has reached the “optimal state” of its particular aesthetic, it is “frozen” and placed in a separate gallery, which currently contains thirty-two works.

Some of these have been produced physically as multilayered UV prints on CNC-cut plexiglass with inlaid packaging foil. 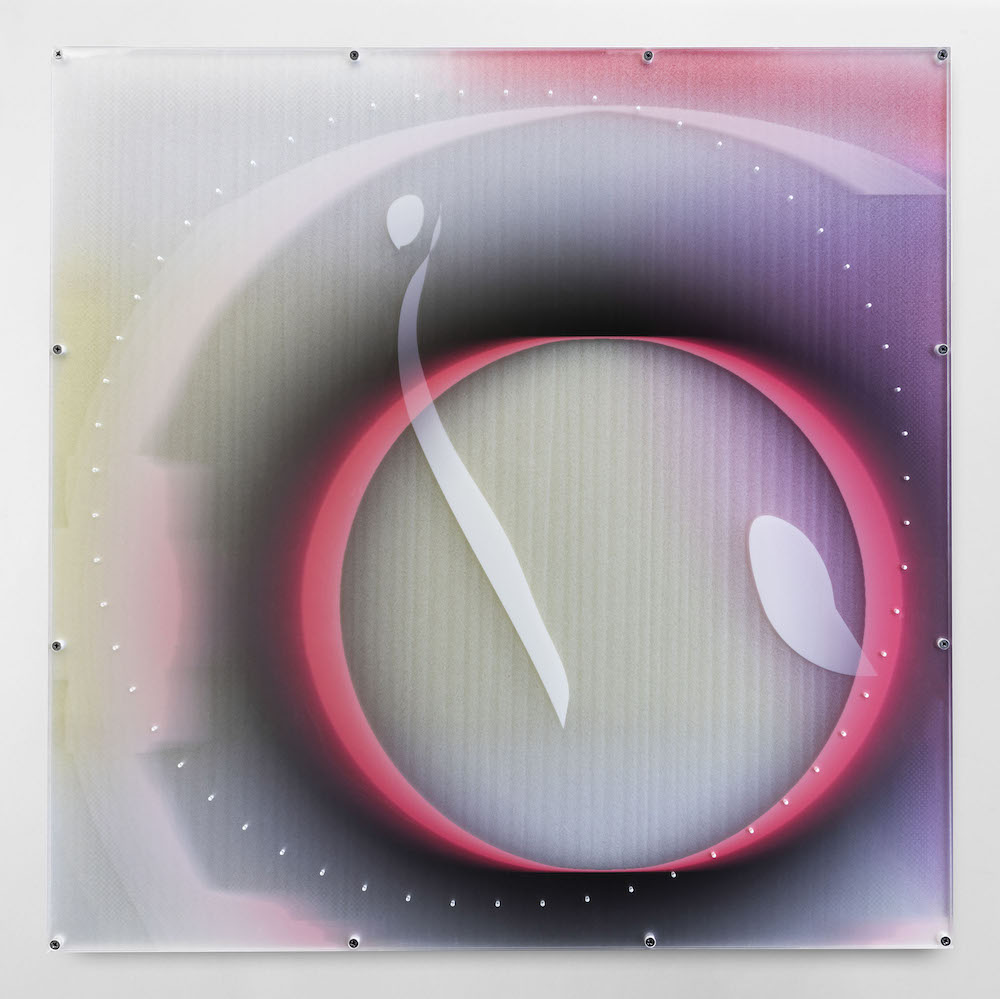 Rather than seeing these as the sole finished objects, van der Dorpel conceives of the algorithm itself as part of the piece, and as a part of the complex and dynamic system of his artistic practice. 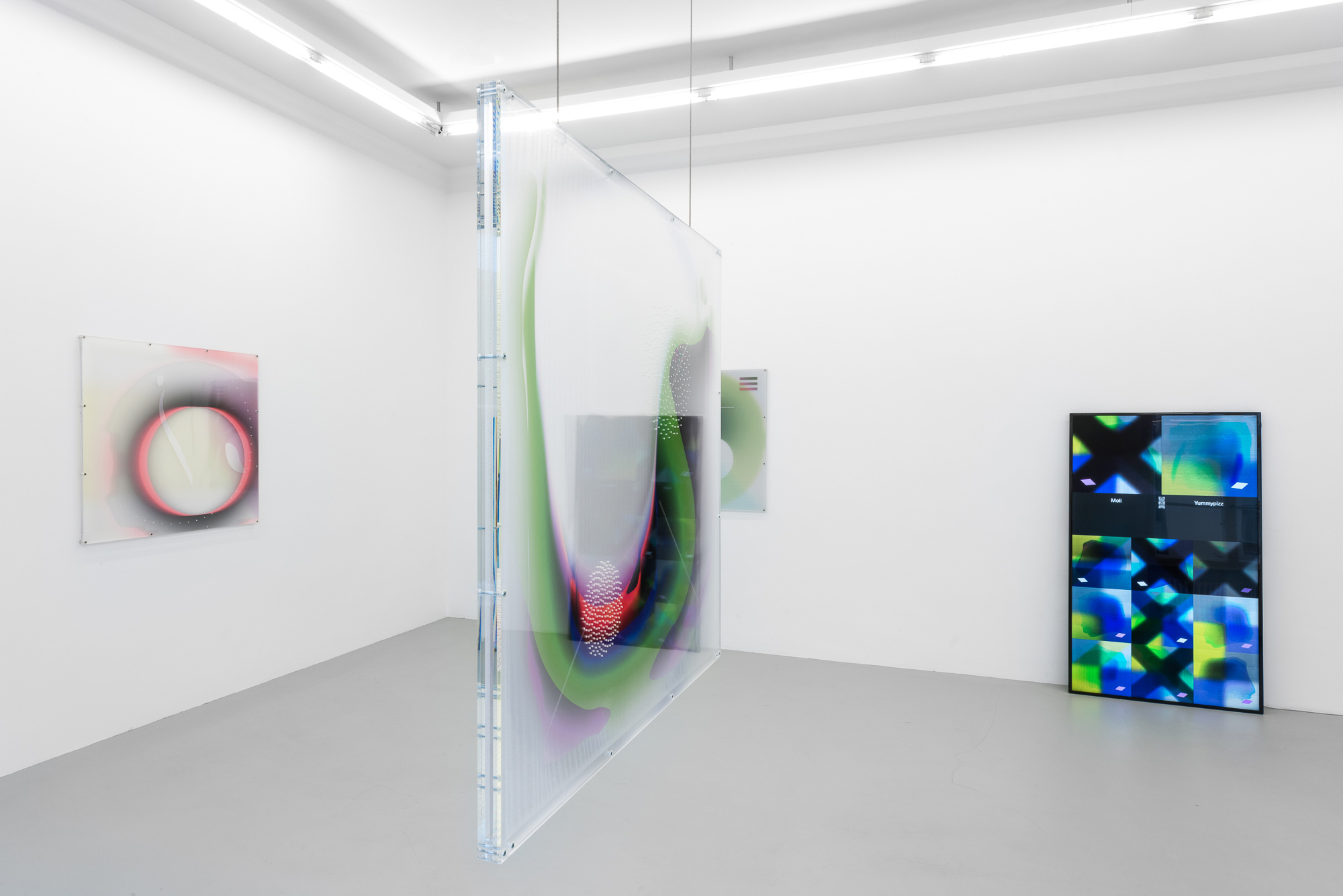 To illustrate the process, van den Dorpel created a related work in which members of the public can make their own combinations of images. In that project, Hybrid Vigor (2017), visitors to the project website may select pairs of images yields a new population based on their shared traits.

Thus, the website moves toward a narrower selection of traits. As the diversity of the images narrows, the evolutionary process breaks down, illustrating one pitfall with this type of “genetic” manipulation.