Amalia Ulman’s Ethira (2013) was a social media platform for iPhone that allowed users to post anonymous messages on a public forum, with the caveat that they would disappear soon after posting.

Both an artist’s app and a functional communication tool, Ethira emerged from Ulman’s interest in the fluidity of online identity. It was designed to undercut the burgeoning attention economy by limiting the ways that users could be assigned value: they generated no personally identifiable data, and their posts couldn’t be given a score by other users. Instead, it provided an experience akin to shouting into the void. 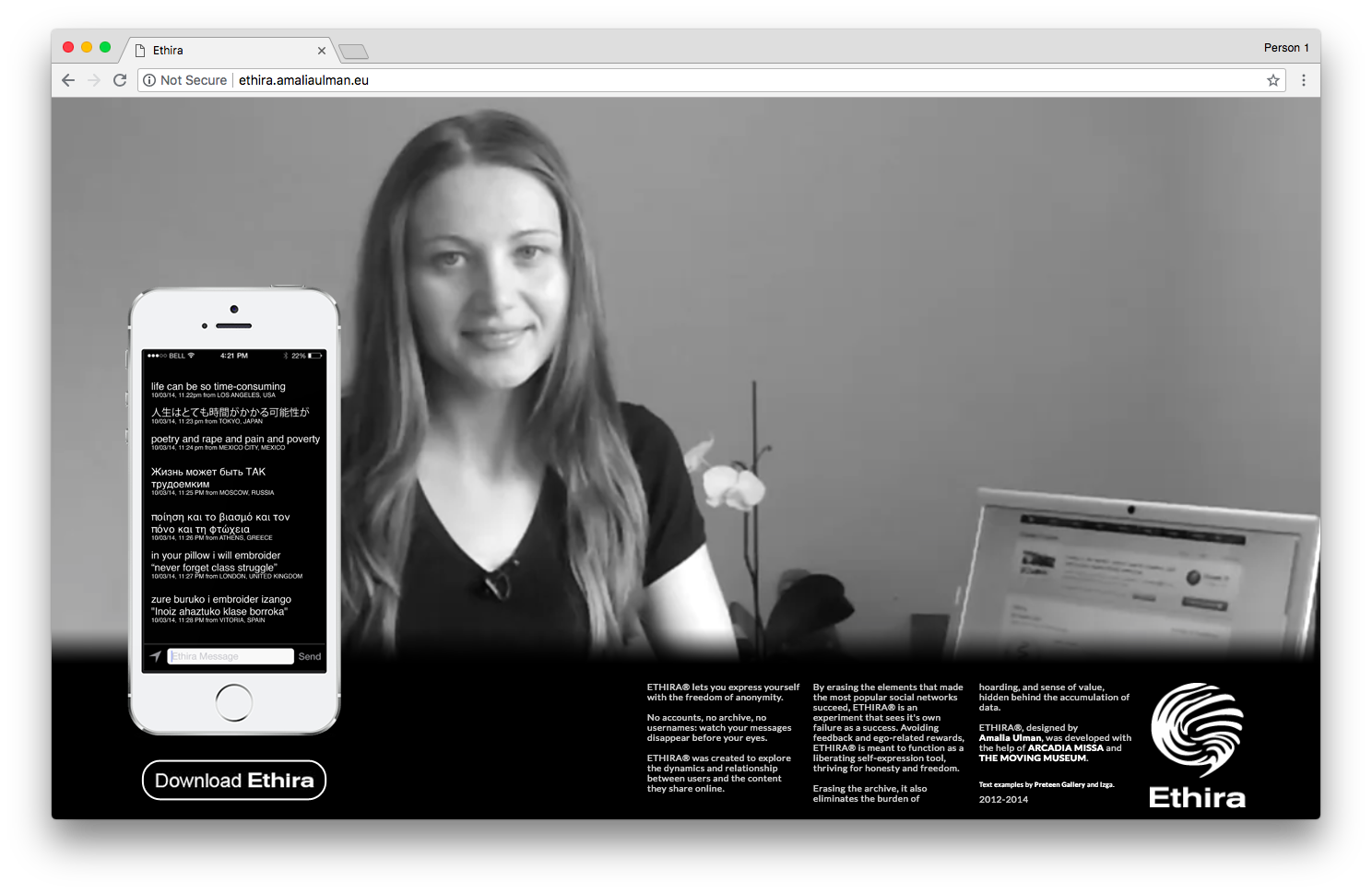 “Writing for the sake of it” – Ethira tagline 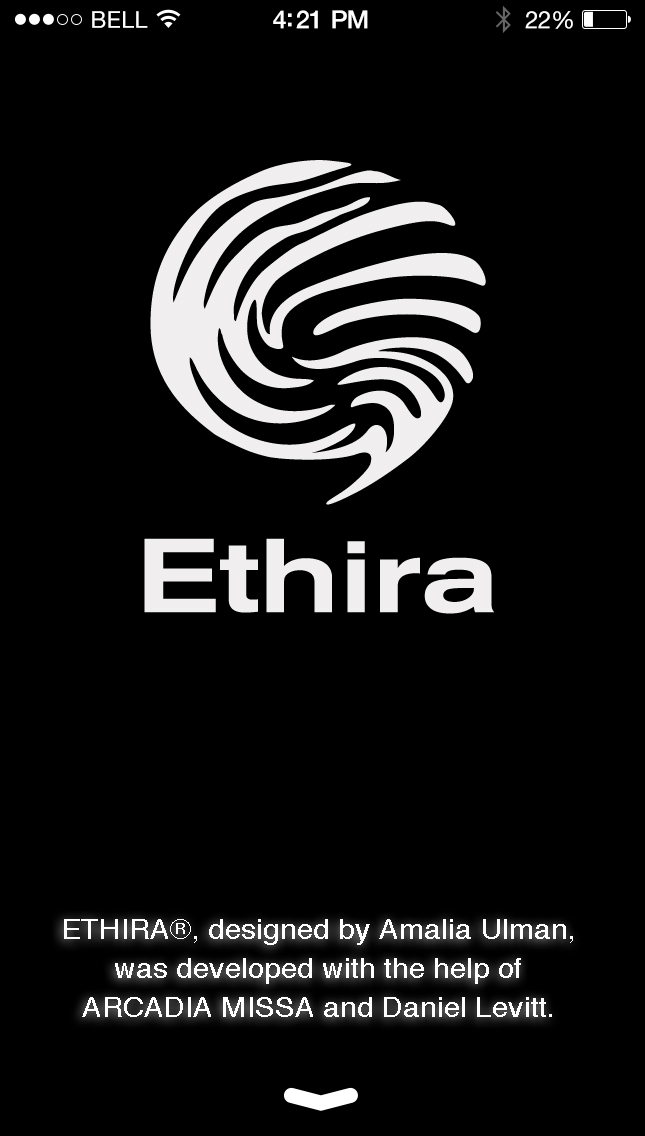 Ethira’s primary form was a mobile application made available through the iTunes store, created by Amalia Ulman and developer Daniel Levitt.The application featured a grayscale interface where users could upload 140-word messages. These messages would appear, unattributed, in a stream amidst others, and then disappear.

In a second version launched in 2014, Ethira offered a geo-tagging feature, which enabled users to see messages uploaded near their current location. 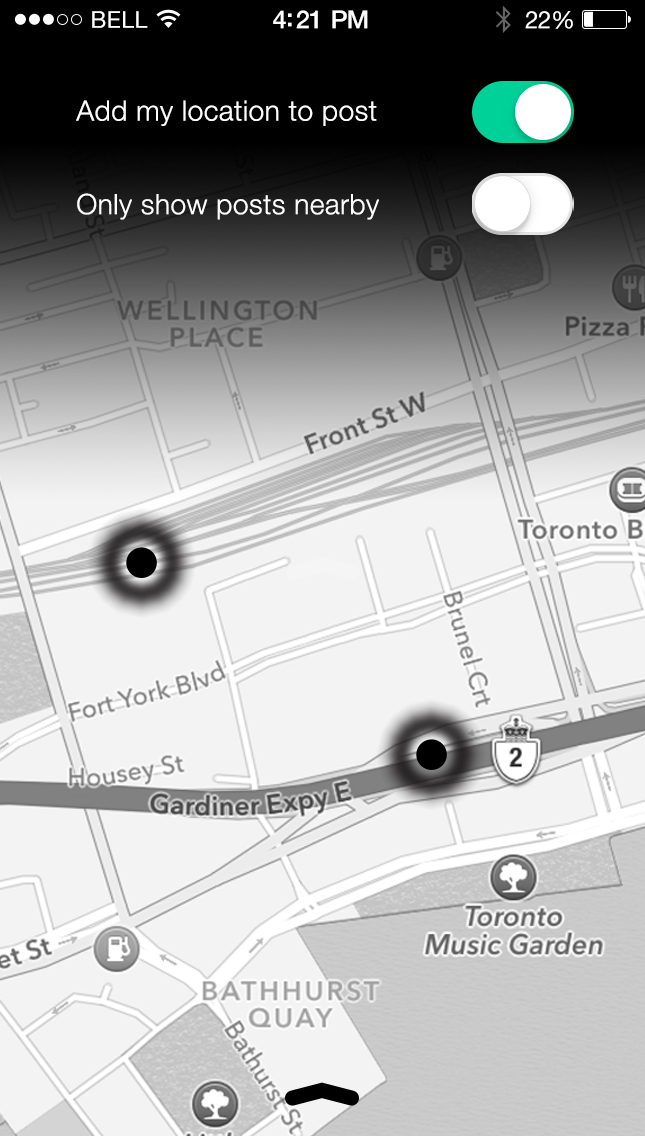 The Arcadia Missa exhibition included a demonstration video, a video of text contributions to the app, a banner, and a stone upon which visitors could write on with a brush dipped in water. The stone functioned as a metaphor for the platform, where messages would disappear like water evaporating on a hot stone.

Once Ethira was released to the public, it began to attract a broader user-base. According to Ulman, many of the app’s users appreciated its mental health implications. ETHIRA provided a form of emotional release without the possible reprecussions of posting about one’s problems on sites like Facebook or Twitter. 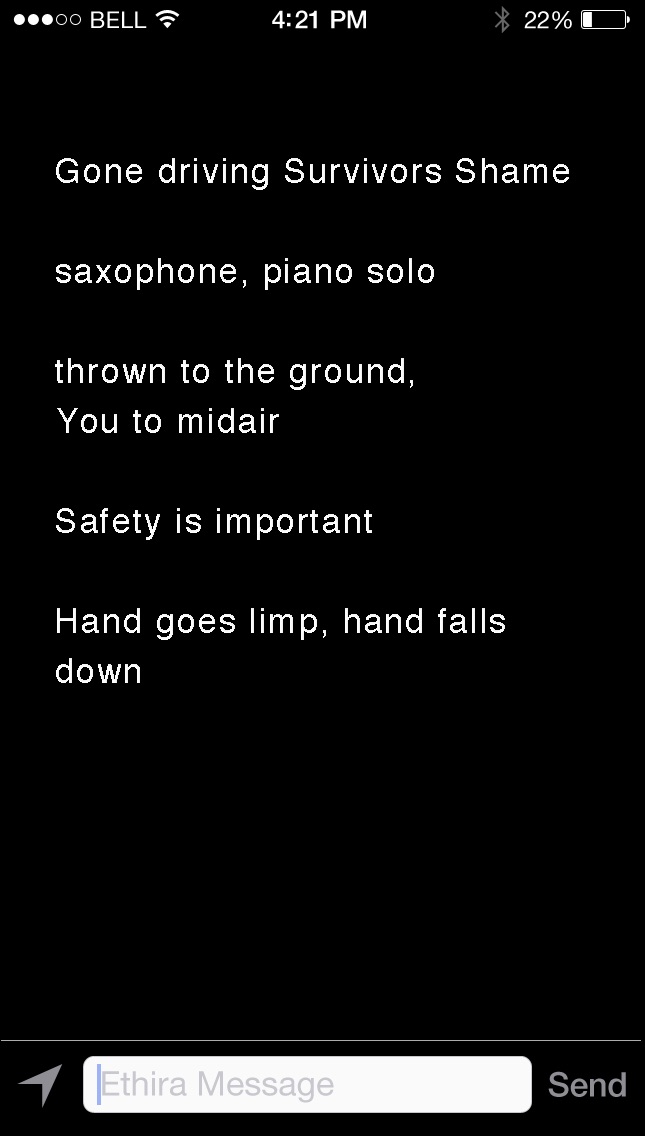 Ethira also eliminated the attention economy element of social media disclosure. The app’s anonymity and lack of metrics meant that users faced no pressure to brand themselves.

In this sense, Ethira also was anti-capitalist, undercutting the usual expectations surrounding an iPhone app. It could not become profitable, since its design prevented user activity from being tracked or monetized.

“Just type your message and then watch it disappear forever!”

Ethira differed from social media apps like Whisper in that it disallowed one-to-one communication and was text-based, recalling the early days of the internet when anonymity was a given.

Due to lack of funding and Ulman’s medical difficulties, Ethira disappeared not long after its second version was released, the platform facing the same fate as the messages it housed.