Image Atlas investigates differences and similarities across local image search engine results in countries throughout the world. It serves as an interface that mediates between the user and online information sources, thereby highlighting the contingent nature of these platforms and their power to shape knowledge and visual culture.

The work was originally created by programmer and activist Aaron Swartz and artist Taryn Simon as a part of the 2012 edition of Rhizome’s Seven on Seven conference, which pairs artists with technologists for free-form collaboration. Since Swartz’s death in 2013, Simon has continued to develop the work, expanding it to include all 195 countries recognized by the UN. 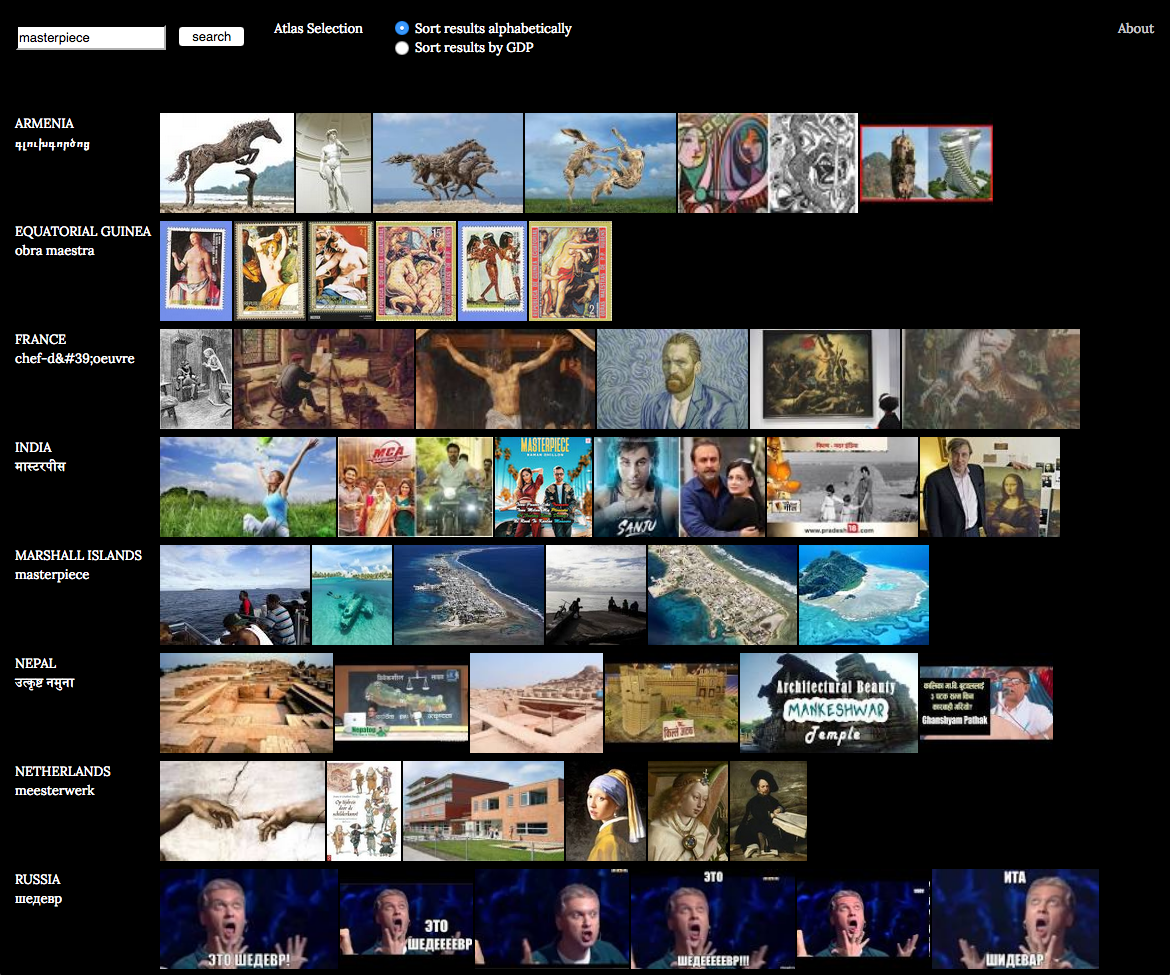 Visitors enter search terms into the Image Atlas search engine, and the site yields results in the form of rows of thumbnail images against a black background, each labeled with its country of origin and the local translation of a given search term.

Image Atlas reveals startling differences in image results, which speak to the contingent relationship between language and image.

“We tried to give the hidden space between cultures a visual route in a simple and easy-to-use form, and to highlight the complexities surrounding the possibility of a visual language.” - Taryn Simon 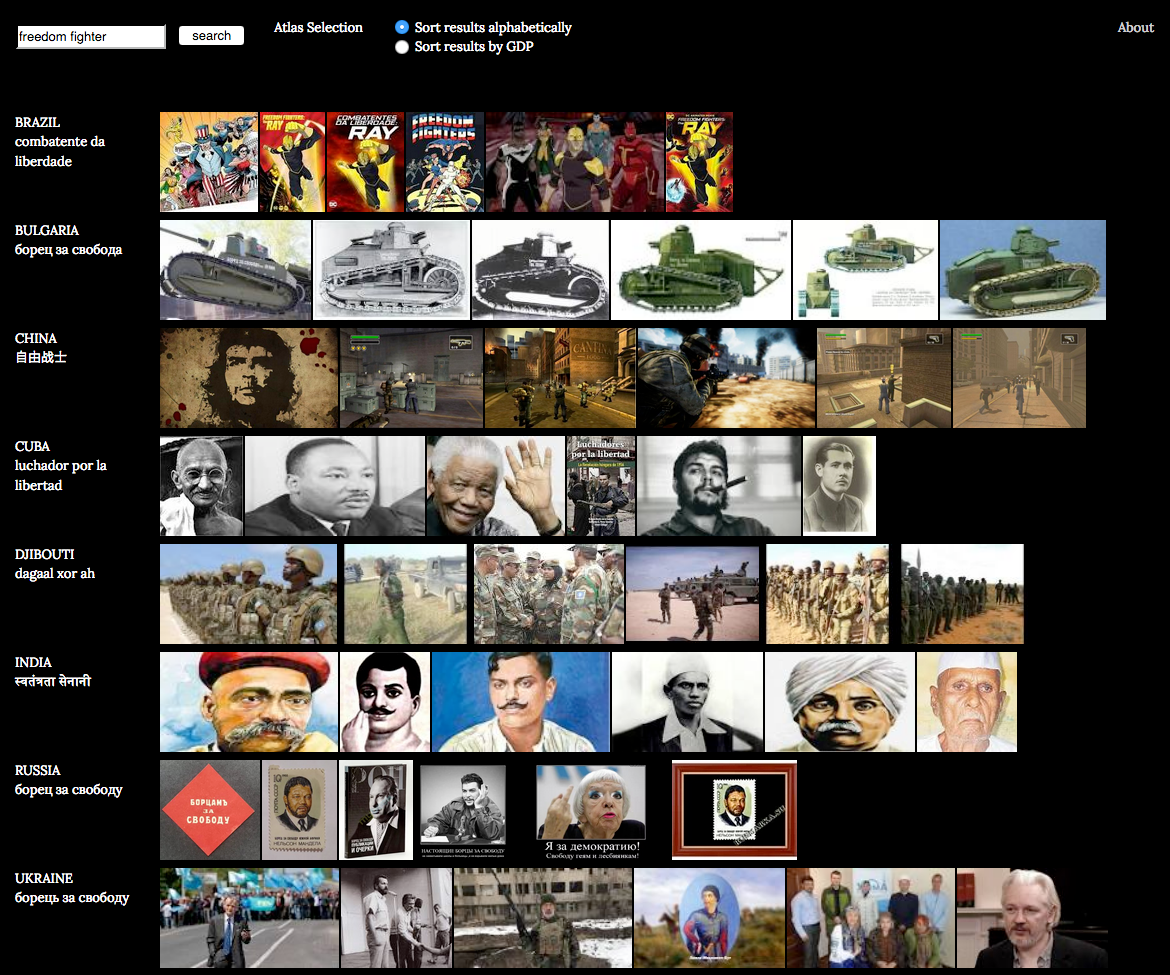 These differences can be ascribed to cultural and regional specificity or vagaries of translation and vernacular (in France, “bomb” yields images of “bombe glacée,” a baked dessert).

They may also relate to the affordances of particular platforms. How are results affected by censorship? How are they affected by search engines’ ranking algorithms, and by brands’ efforts to “win” particular search terms?

Image Atlas reveals statistical image data to be culturally embedded and politically contested, and interrogates the possibility of a universal visual language. 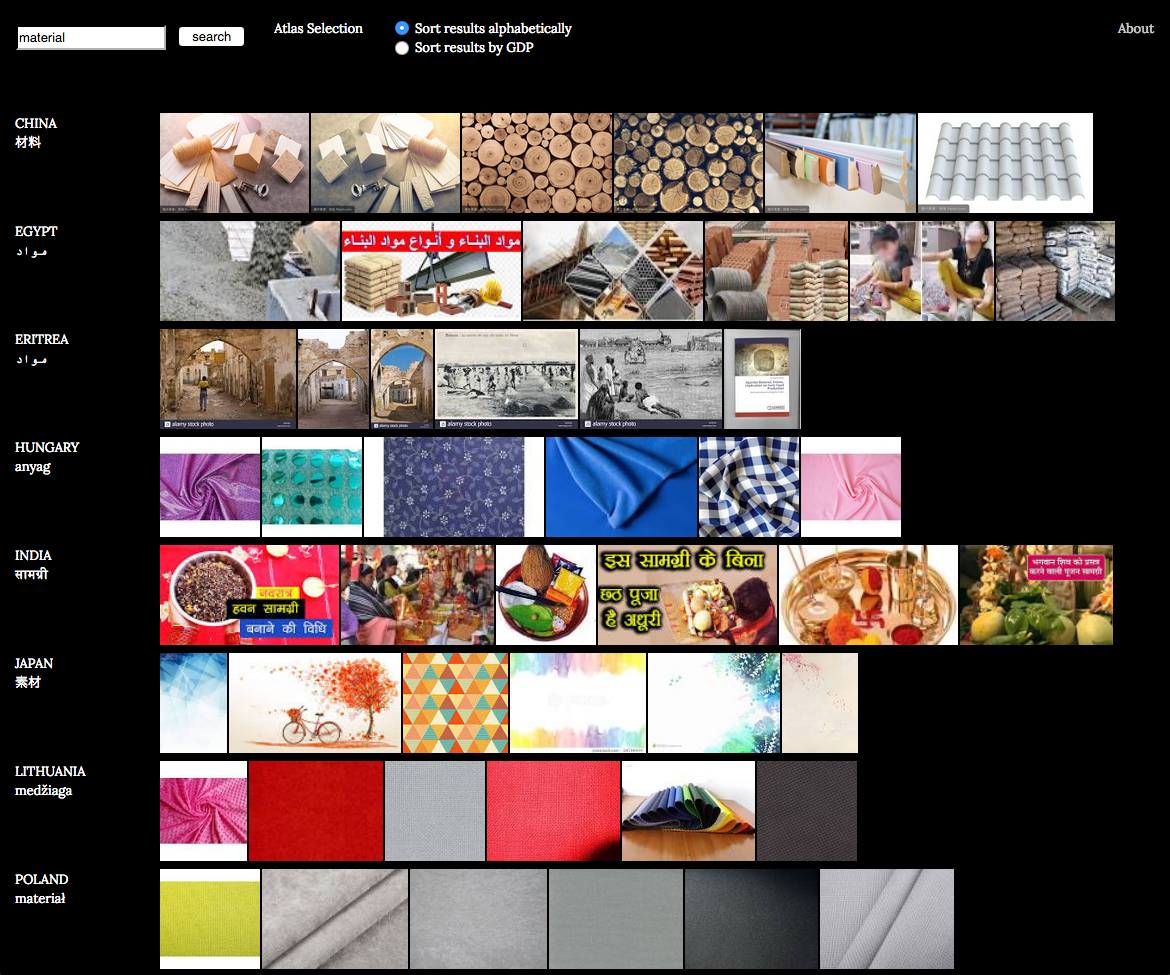