DIS Images was an agency and web platform that commissioned and licensed artist-made images for use in advertising or publishing, and offered a radical alternative to the uncanny homogeneity of commercial stock images.
The project grew out of the DIS collective’s long-running online publication DisMagazine, and reflects the magazine’s signature interest in neoliberal corporate aesthetics as well as the varied practices of the community of artists that surrounded it. 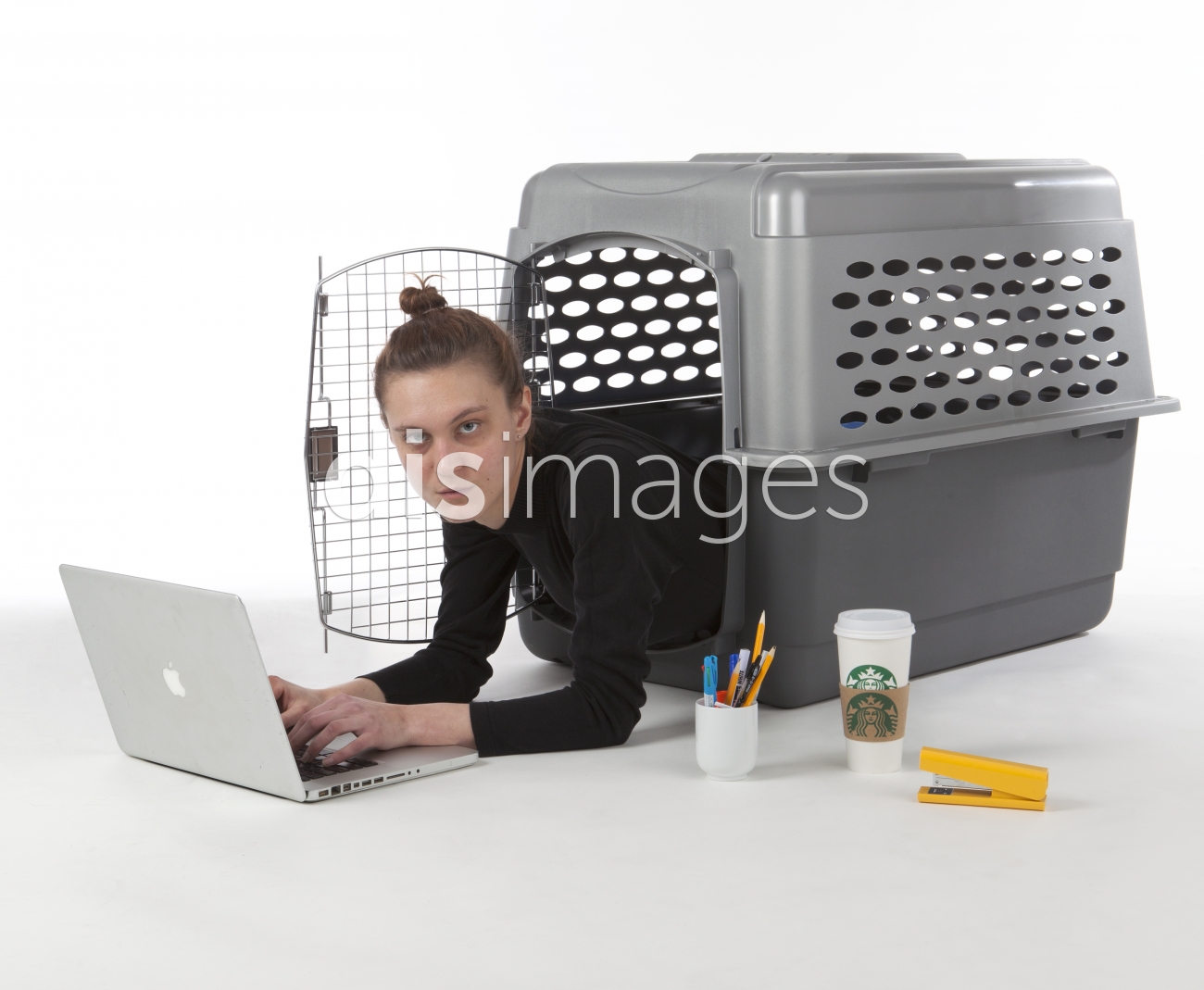 Josh Kline, How Much is that Intern in the Window? from DIS Images, 2013. Courtesy of DIS.

Explore an archival copy of disimages.com

DIS Images responded to the tendency for commercial stock photo agencies to offer very generic imagery which often reproduced stereotypes and gender norms in the process.

For example, blogger Edith Zimmerman called attention in 2011 to the strange prevalence of stock images of “woman laughing alone with salad."

Agencies eventually did begin to recognize this issue and work to diversify their offerings through projects such as the “Lean In Collection” on Getty Images. 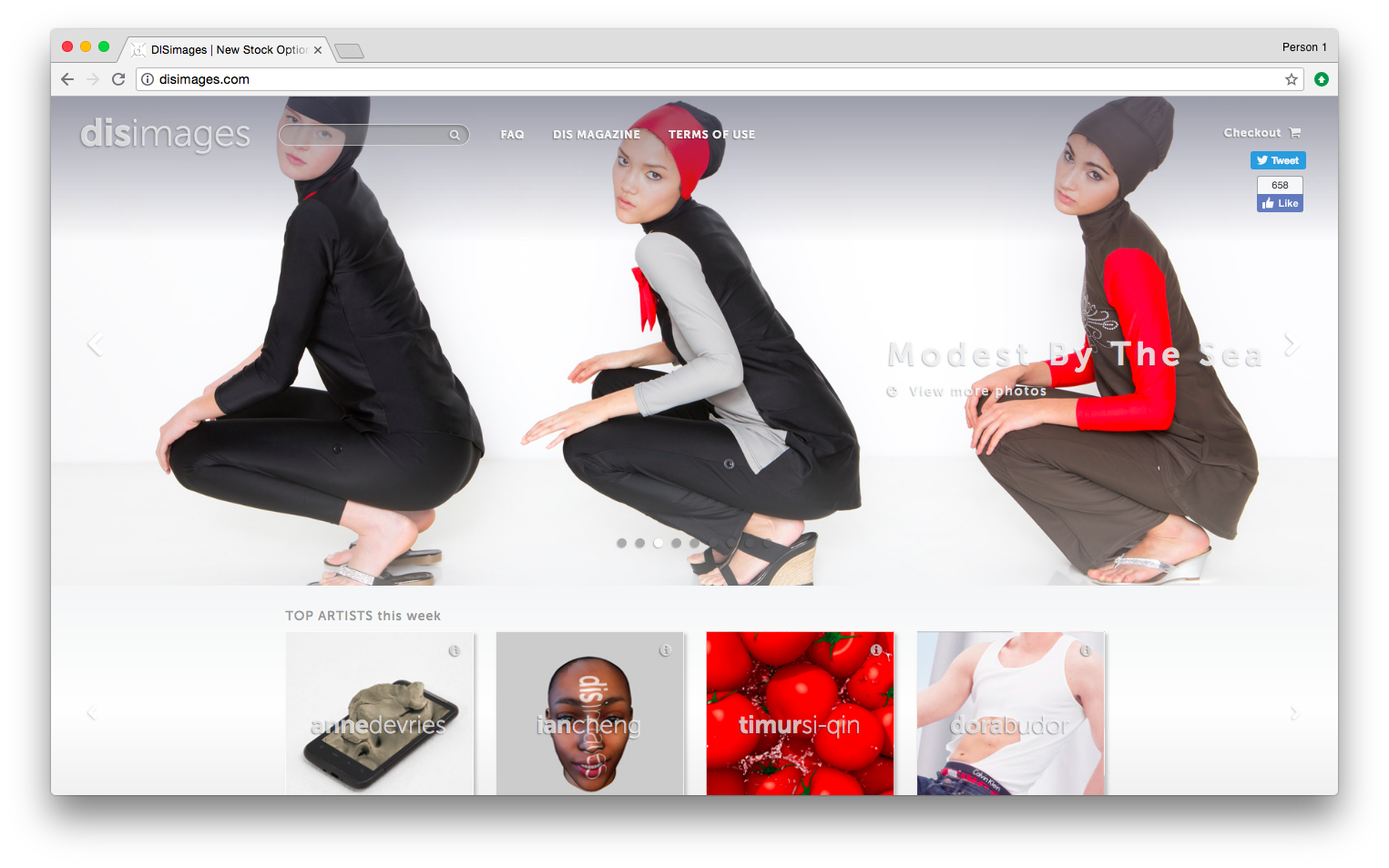 Early collections included a photo of Angela Pham of the Bravo reality TV show Gallery Girls doing yoga in the middle of a forest fire, and a red-headed toddler with a fistful of cash posing in a washing machine.

Throughout its existence, DIS Images reproduced the visual tropes of late capitalism with a fluency that rewards extended viewing.

At the same time, it was a significant experiment with adopting commercial structures toward sustainable forms of online cultural practice, an experiment that DIS continues to pursue with their "edutainment" video platform [dis.art].