In autumn 2011, an enigmatic flower shop appeared without prior announcement on a well-to-do shopping street in Queens. It never opened to the public, but passersby would peer through the window at the lines of drying flowers that lined its shelves, and the single rose encased in a block of ice in an illuminated freezer; occasionally, they would leave flowers. Curious about the store, they might seek it out online, where they would find an equally mysterious website that dedicated an animated rose to each visitor.

Drawing its title from characters in The Ice Palace, a 1963 Norwegian novel that explores a community’s process of mourning, the work offered parallel, linked sites for the processing and sublimation of trauma and grief, online and off. 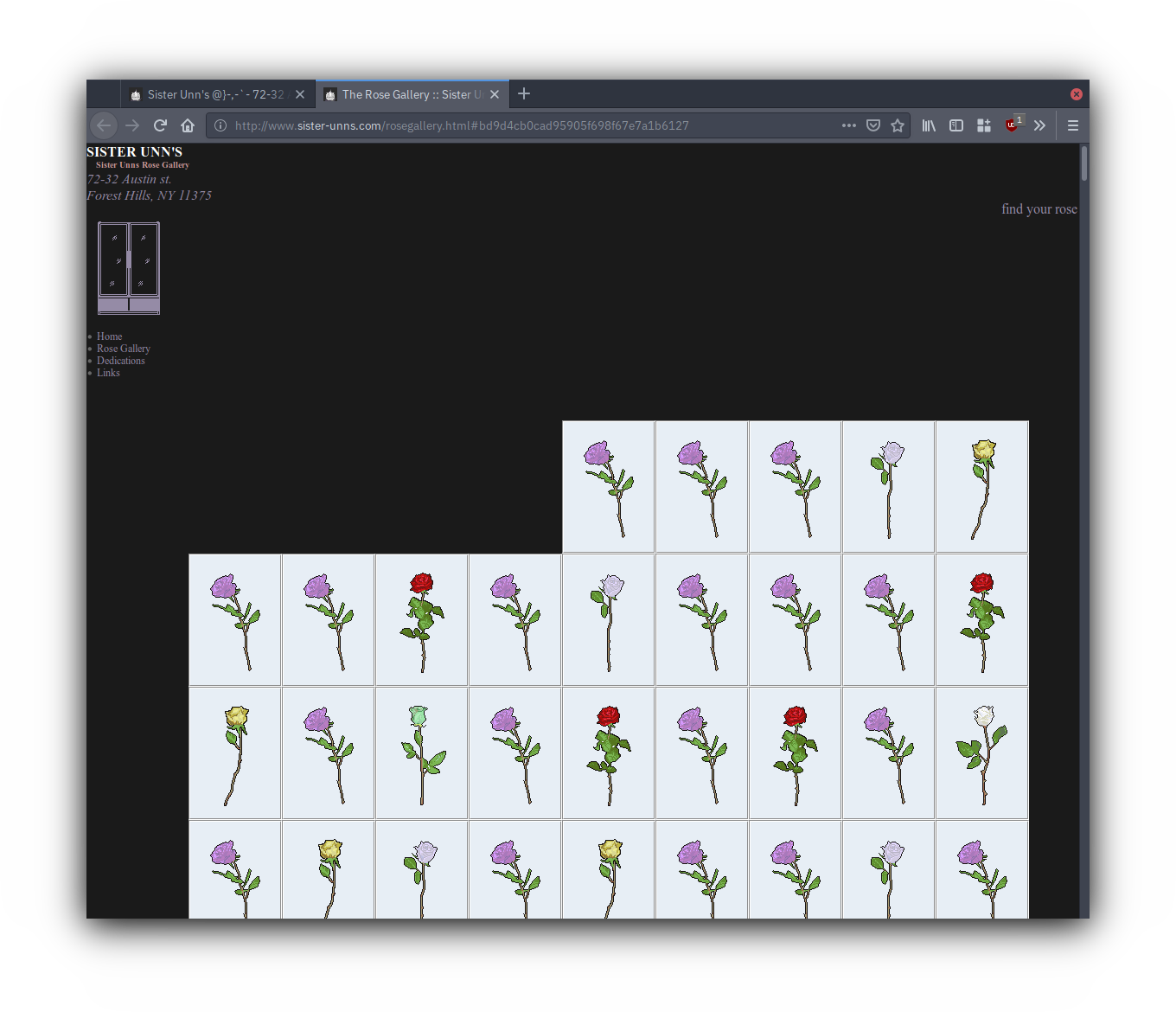 Sister Unn's was reconstructed at the New Museum as part of “The Art Happens Here: Net Art’s Archival Poetics”

Read an interview with the artists 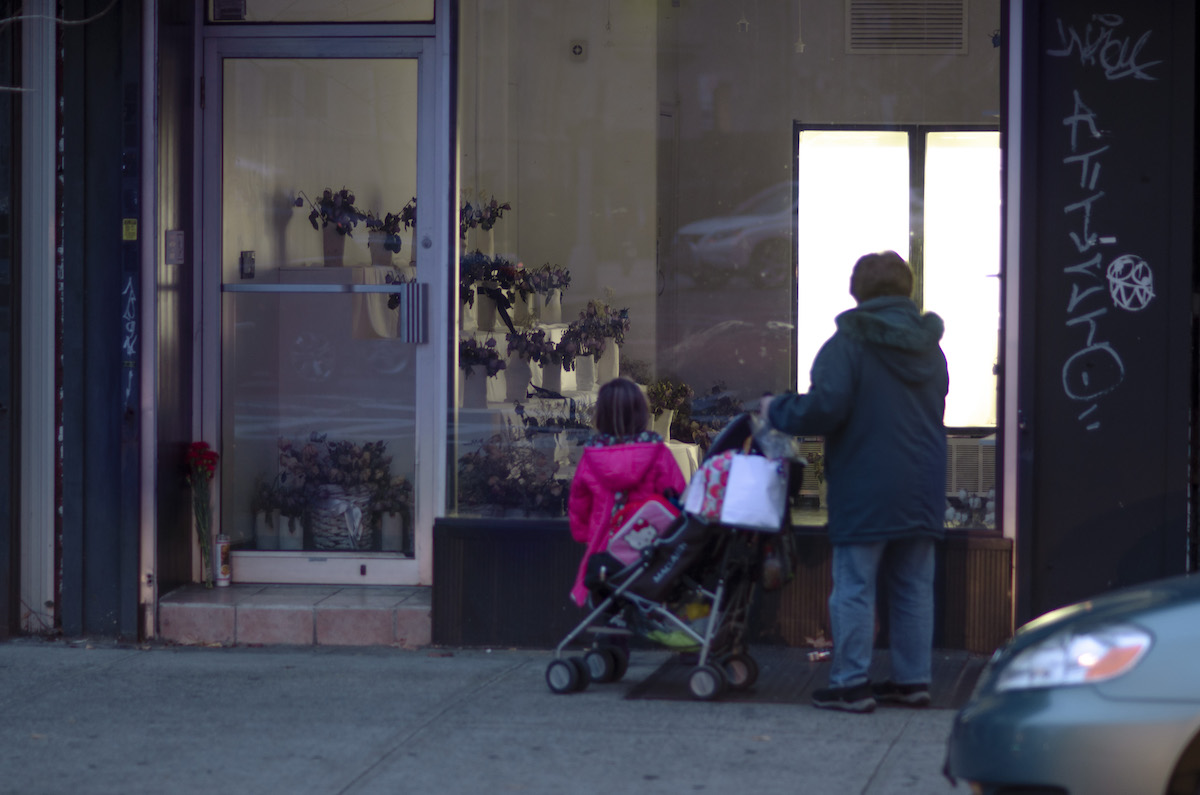 The storefront awning read “Sister Unn’s,” and the interior was lit only by a glowing freezer, emptied of everything but a lavender rose preserved in a block of ice. 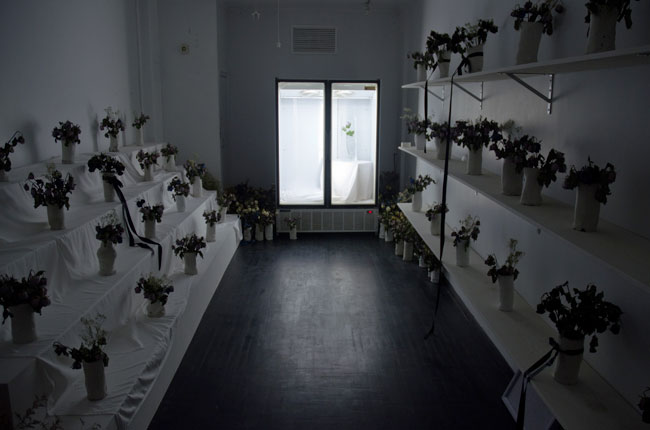 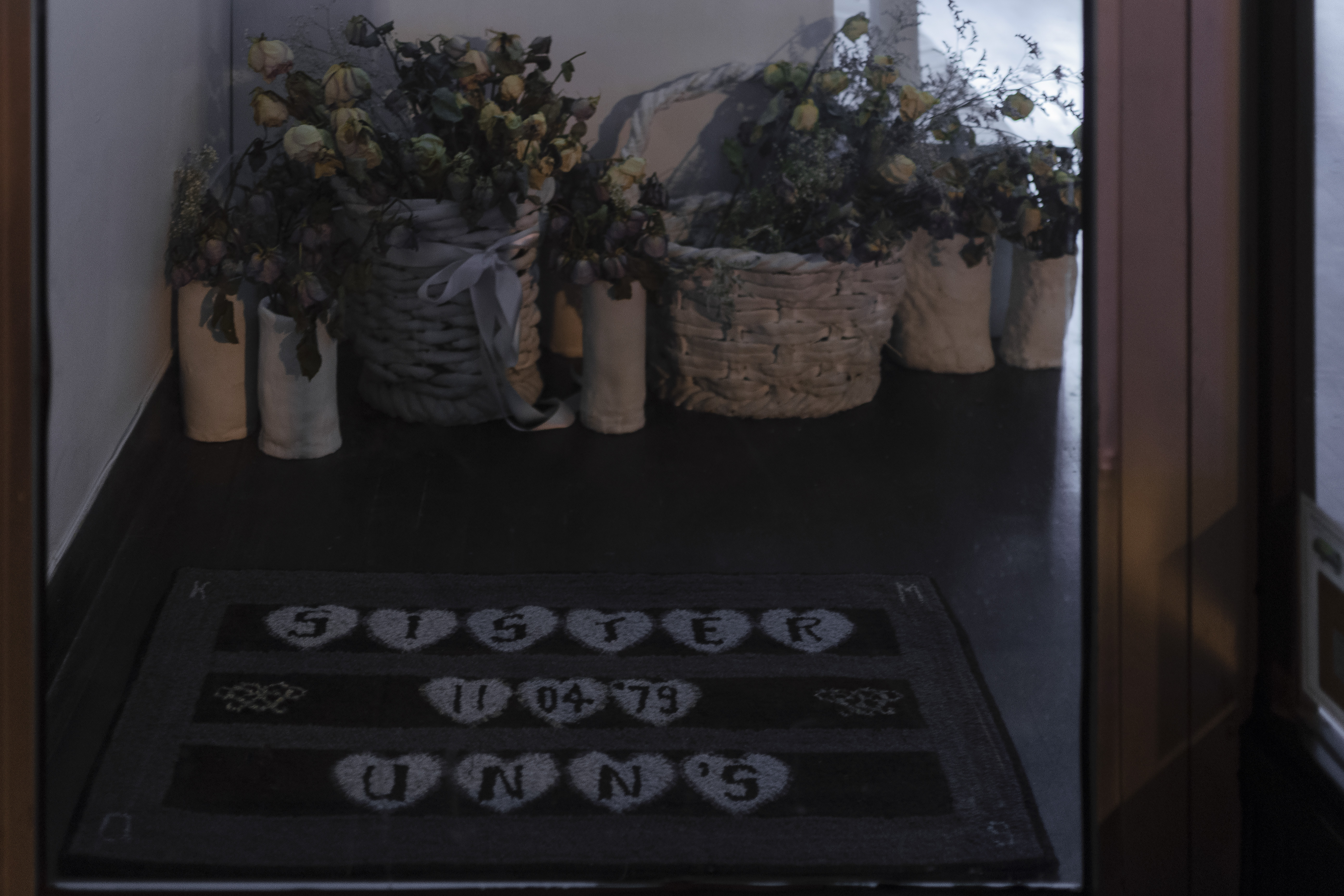 Passersby who—perhaps struck by the store’s elegiac quality—searched for it online found an equally enigmatic website, which is still online.

At sister-unns.com, each visitor is presented with their own pixel-art flower icon in a “Rose Gallery,” a gridded display that counts over four thousand blooms to date.

Referencing anonymous gifts left at a graveside or vigil, the site is also curiously game-like: the existence of more and less common flowers (most common is light purple, whfilripile glittering transparent roses are rare) makes each visit feel like rolling a die.

“The fact that people couldn’t enter made it a diorama, it flattened it. In a way, it was like a real life Neopets gallery.” —Bunny Rogers

The installation generated interest in the community, prompting people to post inquiries about the store on blogs and social media.

As winter came to a close, so did the project. A farewell letter was posted on Sister-Unns.com, and a For Rent sign appeared outside the store; an online clothing boutique moved in, then a vape shop, and then another. The city’s churn had reclaimed the shop that was frozen in time.

“In many ways it’s the end of an era. This store is all we’ve ever known.” — Sister Unn’s 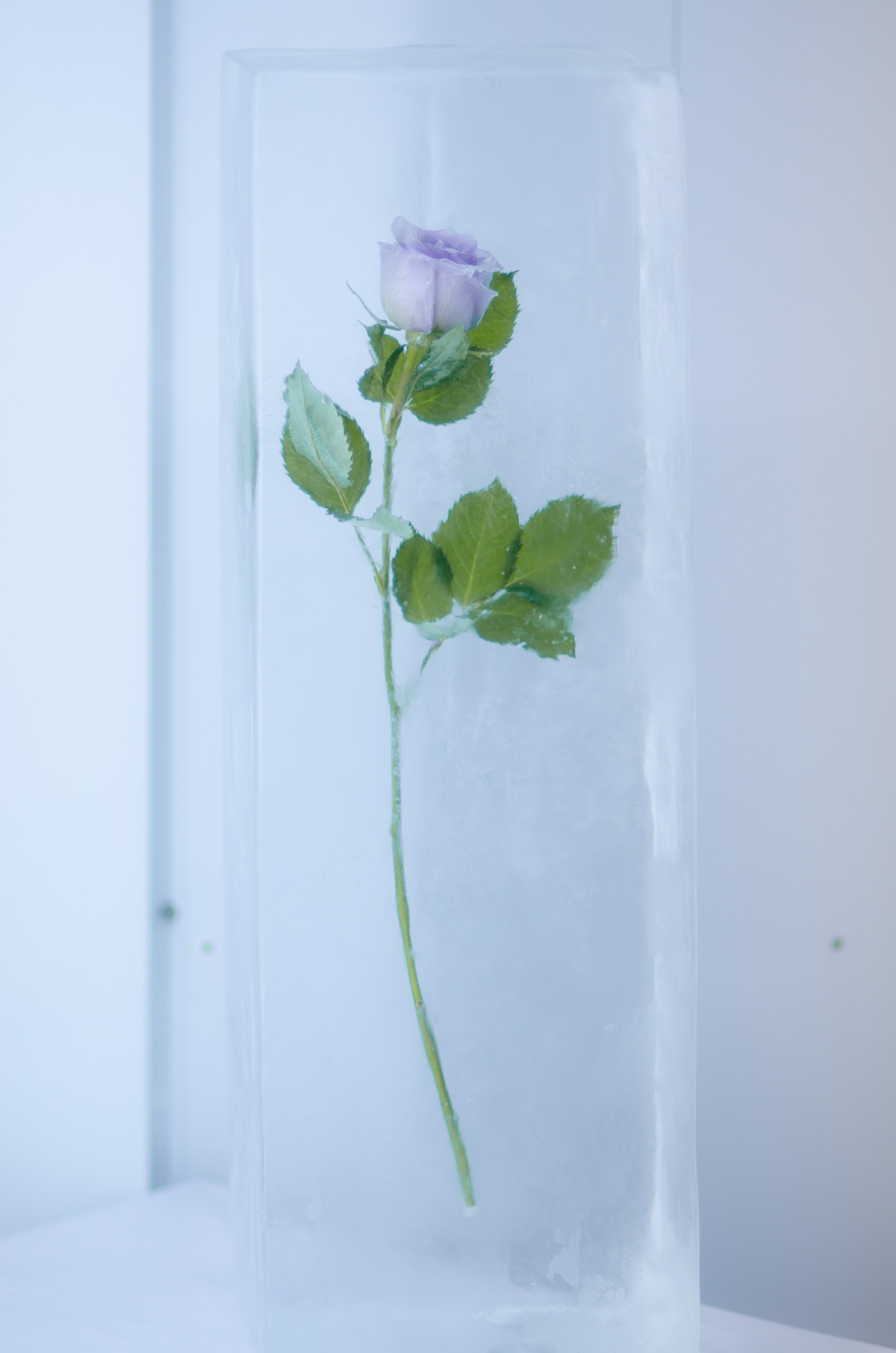