In the wake of the 2016 US presidential election, artist RaFia Santana began #PAYBLACKTiME as a “white-money transference system that provides free meals via Seamless/GrubHub to Black + Brown folx across the North Americas.” White people would send money to RaFia, who would then order food for non-white people using online meal delivery services. In its first three months, #PAYBLACKTiME transferred over $6,000 in donations into meals purchased.

Building on a rich history of online projects that deal with blackness in circulation, Santana’s gesture highlights the gap between money’s symbolic, emotional aspects and its material function. It is also a gesture of care, in which Santana played the role of administrator, performing an enormous amount of labor to provide services directly to anyone in need and to provide an outlet for white people who wished to offer direct support to people of color. Finally, it questions the idea that art should be useless. 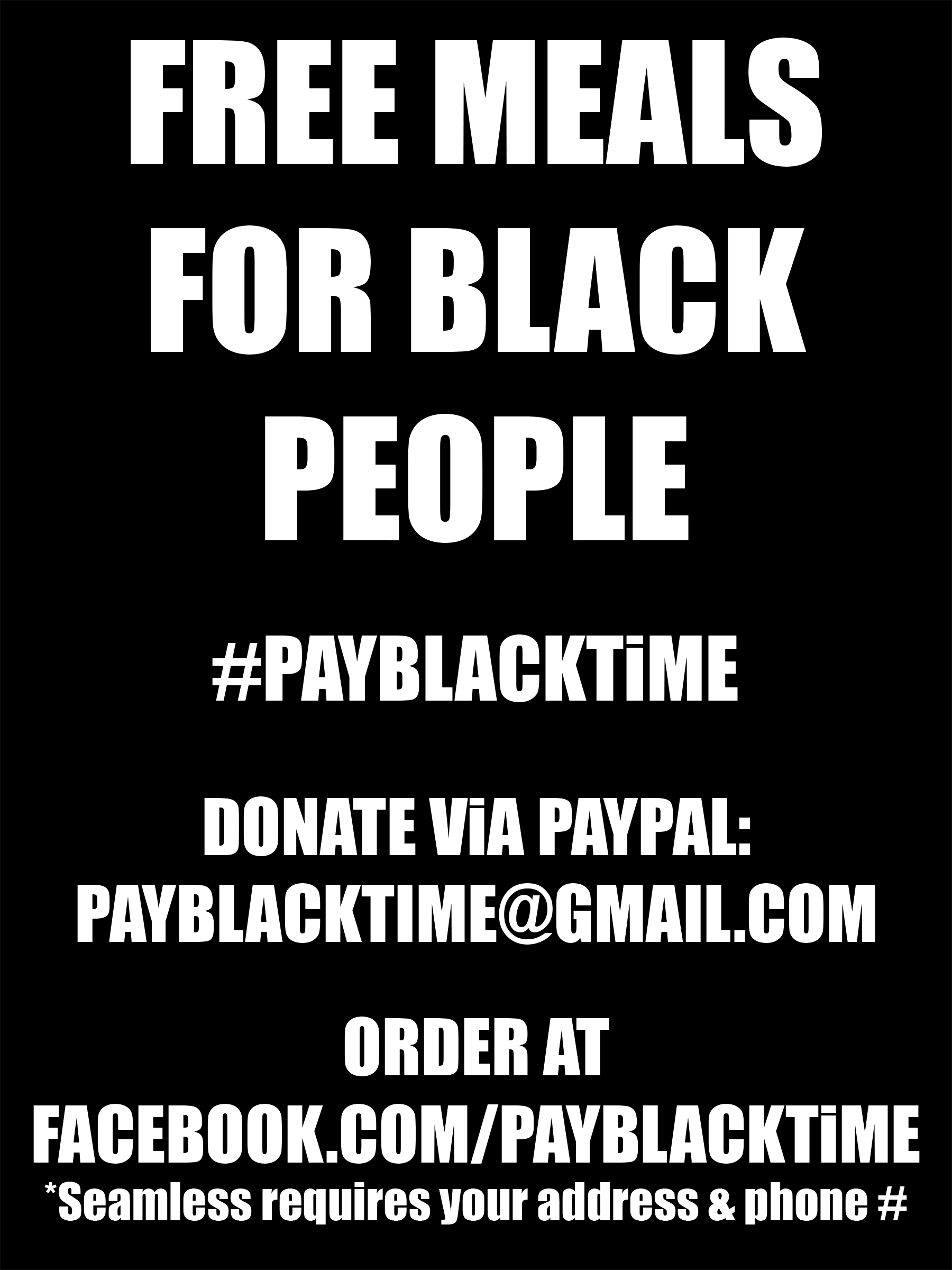 #PAYBLACKTiME project originated with a 2016 Facebook post in which Santana asked, “Can a white friend postmates me NyQuil and Soup? Is that how this works?”

The request quickly expanded as Santana decided to use her visibility to direct white guilt toward a discrete aim: helping to relieve the strain for black and brown people of living under white supremacy, repurposing inherently capitalist platforms like PayPal and Facebook to organize reparations. 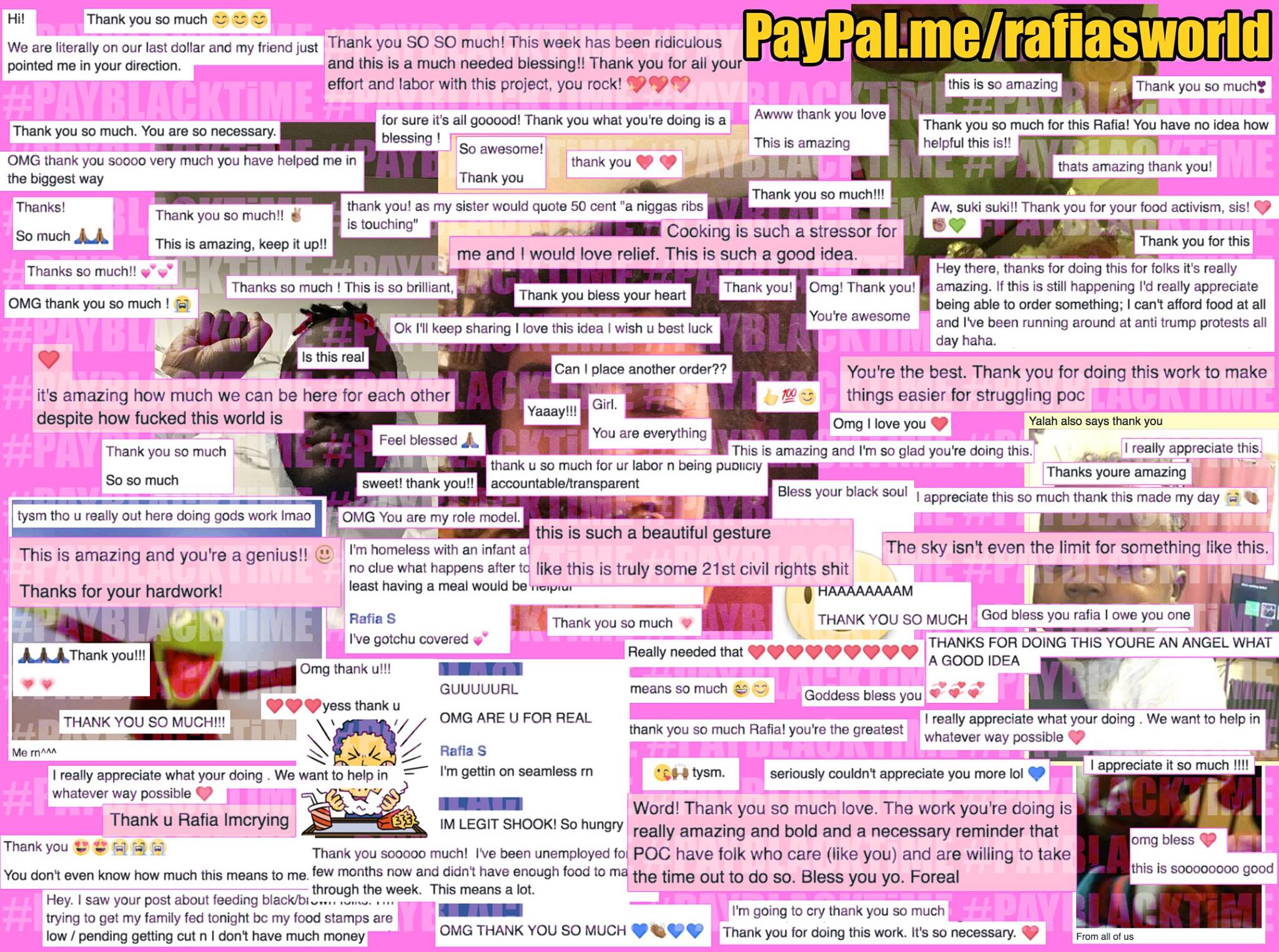 Santana made announcements for the project in the form of images for social media circulation, with large Impact typeface announcing instructions and updates.

By using the visual vernacular of memes, Santana highlighted the one-to-one nature of the project. Santana herself fielded requests and donations directly from other users, without revealing their identities to one another.

People of color in need of meals would send screenshots of their Seamless orders, which Santana would complete using funds from the project’s PayPal account.

Although the project relies on donations from white users, it puts Santana in the position of administrator. She was responsible for promoting the project, fielding donations and requests, keeping records, listening to users in need, and filling the orders. 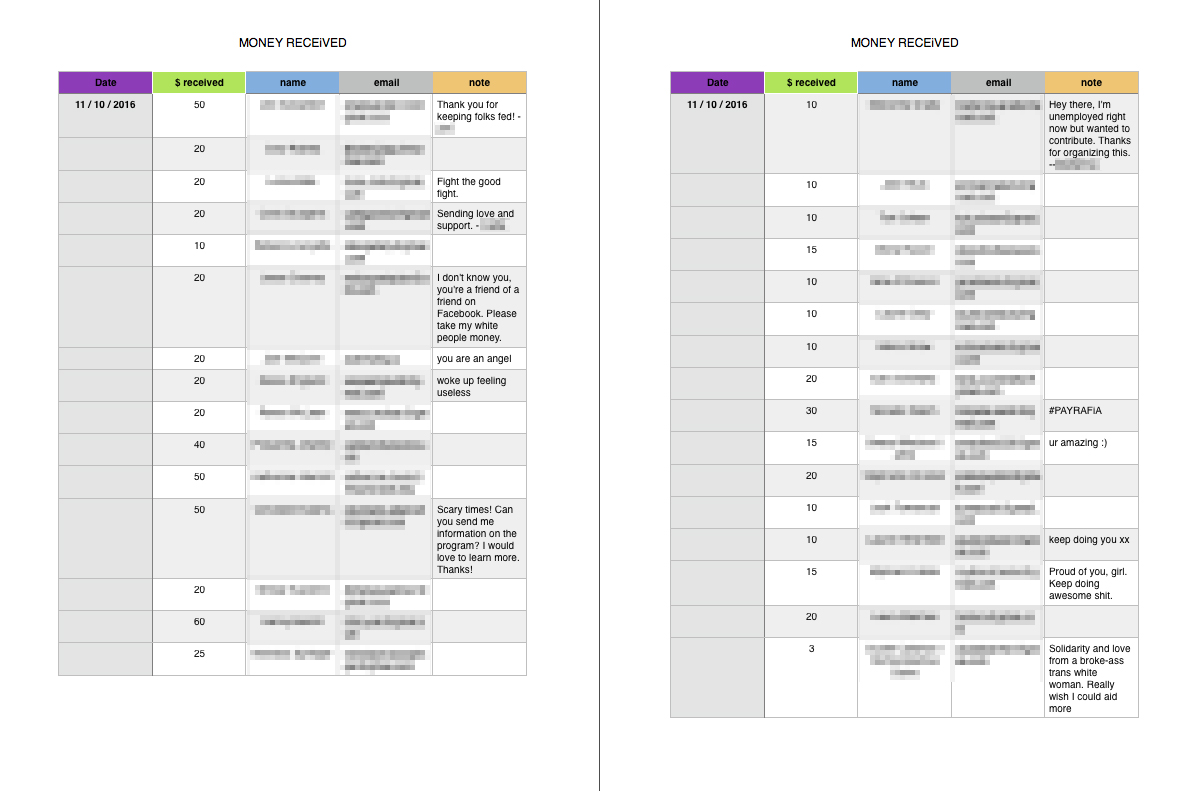 #PAYBLACKTiME transaction ledger from 11/10/2016. Screenshot from the artist’s archives. Click for full size.

While most of the messages she has received during the project cannot be shared, a collage with anonymized snippets gives some sense of the enormous amount of labor this involved.

One wrote, “i’m trying to get my family fed tonight bc my food stamps are low / pending getting cut n i dont have much money.” 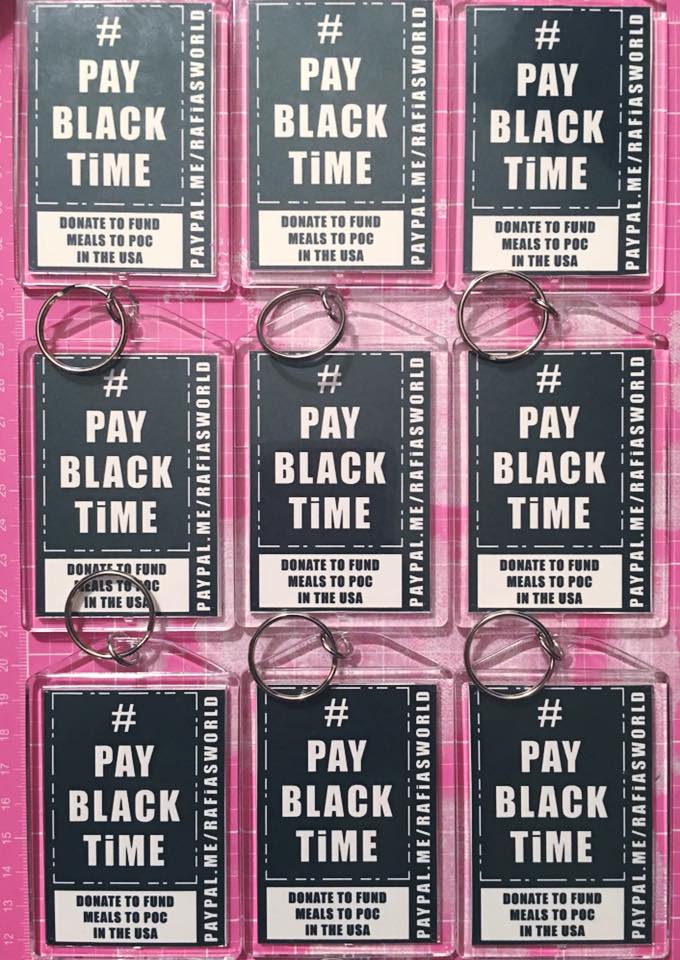 In an essay in Rhizome, manuel arturo abreu writes that “#PAYBLACKTiME calls on its audience to recognize the aesthetic value in the concrete, useful act of paying for non-white people’s food.”

This is both a political gesture and an act of institutional critique, highlighting the implicit politics behind the modernist premise that art should not also be useful. 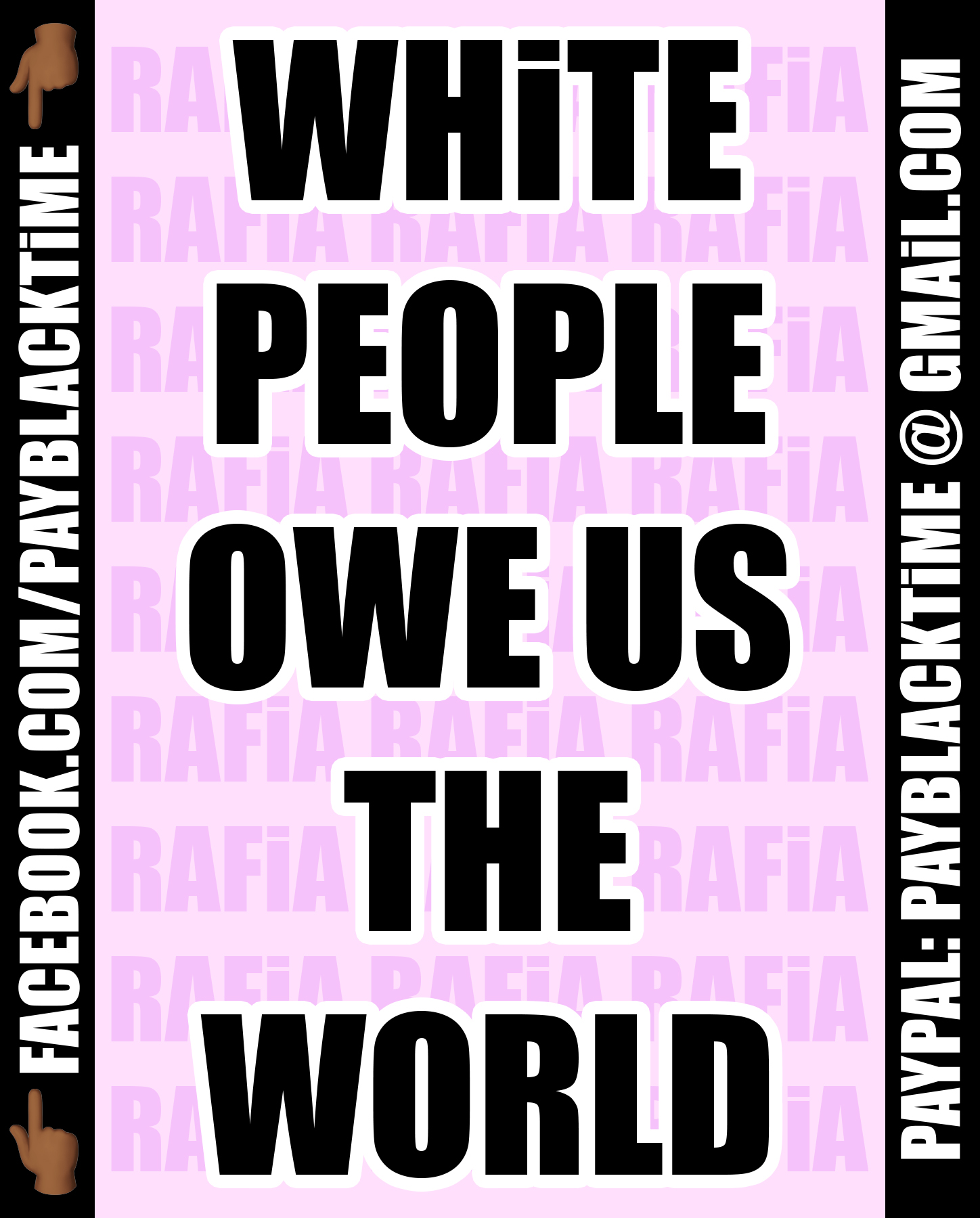 “#PAYBLACKTiME rejects the modernist premise of art’s autonomous uselessness, which is just complicity with white supremacy and a fantasy of escape from the constitutive violence of art and capitalism.”